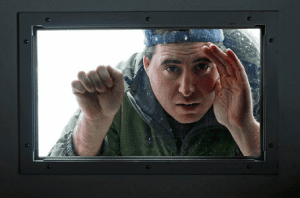 I watched in the oncoming month as my husband’s church world came apart. Everything carried a taint of the break; sermons where a new point of view was explained, the fellowship afterwards that was a shadow of its former self. I watched as my husband hung back while our pastor conversed with the other families, the passing hours no longer found found my husband in a tight circle of men fervently talking theology. With the spell of close friendship broken, my husband started leaving early, sometimes within the hour after service.

I felt sorry for him, it’s sad to see someone’s dream crash about them. On the other hand…..

I couldn’t wait to get out the door. Years of staying at church literally all day on Sundays (and well into the evening) had taken its toll. In previous times, I remembered enviously watching various families filter out after the lunch, most gone by three in the afternoon. Not us, I had at least three or four more hours of hanging around as my husband hung out with our pastor and his family. Then there was always the risk of getting invited back to our pastor’s house. This was especially true if for some reason he and his family couldn’t hang out at church. Once at his house, we could be there until midnight, although leaving at nine or ten was more common.

Being in the patriarchal world, I was expected to comply with my husband’s will. On the dinner invites, my husband sometimes had mercy and left it up to me. With everyone dying for us to come over (our pastor and his family were big into sitting and talking) I felt like a heel as I mumbled excuses about being tired. Hanging out after church was more common, though and it was never left up to me how long we would stay. It was only after hours had passed since the last family left would my husband even entertain any notions about leaving.

I was burnt out to a crisp. I relished the new freedom of leaving church soon after the fellowship meal. It was a novelty speeding down the highway in the early afternoon. Getting home with tome to relax and unwind. This is what normal people did after church!

I’d look over at my husband on these early trips home and feel a little sad. How different it used to be. If he could, he would have talked until well after midnight. Then I would remember the suffering as I passively waited hour after hour. I realized that my empathy only went so far. The demise of the close bond that my husband had enjoyed with our pastor had opened up a new world for me.

Now it was no longer did I take the backseat as my husband eagerly strove to please people at church. Feeling left out, my husband turned to me, telling me his feelings. The dynamic had changed it was now the two of us looking in from the outside. I was sad in some way, but in another way I liked it just fine.

For all the friendship that church had brought us, it had thrown me into a world where the men did as they pleased. The feelings of the women and children did not count. A wife who was acting “out of place” was just as embarrassing as an unruly child in these circles. The friendships in this church were a constant reminder of my low status. I was tired of it and no longer did I feel like enduring it so that I was “living Biblically”. In fact, I wasn’t even sure God really would approve of it.

So it was no surprise that when our pastor finally shut the old church down, we made no plans to see where future worship would be held.

In fact, my husband finally sent our pastor an email. It was not extremely detailed, but it made the point that he felt that we were being excluded. Our pastor wrote back that he did not intend to exclude us, but that his concerns concerning my husband’s problems were motivated by his concern for my husband’s health. Neither party mentioned things such as the close friendship being gone, the new rules and other particulars. Like many guys, they uneasily danced around the issues, using generalities and both afraid to step on each others toes. Predictably, they drifted apart.

Now it really was just the two of us…….

July 25, 2012 Daughter of the Patriarchy: Ripping the Moorings Part 2
Recent Comments
7 Comments | Leave a Comment
"This is late, partly bc of my preoccupation and partly bc I'd been slowly reading ..."
Jennifer Serena’s Serenity – Luxury Hotel, Birthing ..."
"Thank you for your commitment to truth and love, Suzanne. Best wishes to you and ..."
Meredith Anne Not a Goodbye, More of a ..."
"For what it's worth, I've learned a lot from you about a Very Creepy movement ..."
Gwen Pryce Not a Goodbye, More of a ..."
"Unfortunately, this kind of satire (if it even is satire) is what gives Christianity the ..."
Emily Is Biblical Gender Roles a Big ..."
Browse Our Archives
get the latest from
Nonreligious
Sign up for our newsletter
POPULAR AT PATHEOS Nonreligious
1