The Hangover – Adventures in Recovery 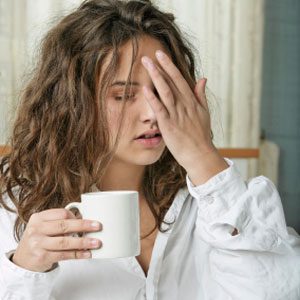 It seems in spite of our attempts to be completely free of what we’ve suffered at our old church there are some issues that linger, things we need to deal with. Some of those things involve the relationship between my husband and myself. Hangovers.

First allow me to say this is not one disgruntled woman bitching about her significant other, rather this me talking about the day to day in dealing with a false belief my husband still harbors from our days as fundigelicals. There are many wonderful qualities my spouse possesses I am grateful for every day. He’s kind to others, he’s smart, he’s educated, he’s outgoing in contrast to my quieter self. I once watched him sit outside over a storm drain every evening for a week, luring out tiny feral kittens before capturing them. Any man that would do that for a clowder of defenseless kittens has a heart of gold. Plus he balances my checkbook, one of those tasks I’m not so good at. I still love him, more now than when I married him.

But it’s a long long time since we stood before the altar and pledged ourselves to each other. We’ve traveled one long strange road that’s left us with road rash, fender benders and flat tires at times.

One of the things that has consumed my life in the nearly six years since we left our poisonous old church was to determine what things we learned there that still hold true and which aren’t. Deliberately putting to death the old lies takes time and determination. It doesn’t happen overnight. For me it’s taken about six years to get to this point.

But I was so busy with my own stuff after we left our old church that I didn’t realize the longest time that my beloved husband had his own ‘stuff’ to deal with after leaving. Unlike me his own healing has been less introspective, it’s been more returning to what he knew to be true before we joined the cult. But he still has one very troubling belief from those years, a belief that I am personally responsible for making sure everything in his life is perfect.

During those years not only had I worked full time I also took on all home repairs, ran all his errands, did all the cooking, cleaning, laundry, raised a large veggie garden, tried to be Quiverfull without any success, mowed the lawn and trimmed the bushes because that’s what a good submissive Lord-lovin’ wife did. I’d do things that seem insane to me now, like if my husband lost his watch I’d drop everything to help him find it. I did it all. His life ran smoothly.

This has been very difficult to accomplish in recent years because five years ago I became extremely ill with asthma that did not respond to any traditional treatment combined with a handful of other niggling immunio symptoms. The only thing that brought me any relief from the asthma was chemo therapy treatments. Between the four or five times per week I ended up in the ER with an epipen hanging out of my leg with a severe asthma attack, and later when I started chemo I stopped being about those things he expected. My life became all about managing my health, regardless of how high the dust piled in the house.

At first he was somewhat less than understanding but not too bad about it, mostly just carrying on about finding a doctor that could ‘fix’ me. He didn’t understand that I had one of those thousands of unnamed immune system disorders that was driving all the symptoms. Mayo Clinic, National Institute of Health and John Hopkins doctors all said ‘unknown immune system disorder’ I found a wonderful local critical care lung doctor that’s given me a small measure of my life back. Four years ago he started treating my illness with a brand new immunio suppression drug. My life is still all about managing my symptoms.

During my years of different treatments my husband has been less than understanding, refusing to admit there are just some things without names or real treatment regimens. We have come to a stale mate where we just don’t talk about my health much. I don’t consult him, I do what my body tells me to do.

The problem being that being ill has seriously affected my ability to work. I cannot handle anything more than part time work and even then I’m frequently triggered by others grooming products, the smell of chemicals in every day things.

In the mindset of my husband I’ve not kept my end of the bargain because my illnesses have prevented me from bringing in my old high salaries and I’ve put housework way down on my priorities lists now. It’s a big change.

Too big a change obviously as I learned again a few nights ago. I was stripping wallpaper off the stairwell, a task I started at least a month ago (as Vyckie can testify to, she saw the stairwell with ripped up paper). Scraping, sponging, bits of old wallpaper covering the old carpeting like snow, I’m grunting and sweaty but having a good enough day that I can do this. In walks my husband from work. He became very angry to figure out that I’d left fives boxes of clothes to donate on the floor of our bedroom, had not put any of the laundry away in our closets and I’d neglected to wash a few dishes. The rest of the house was pretty clean for a change but these few things were undone. He ranted for a long time about how he did everything and the only thing I did was eat bon bons and lounge around. I told him succinctly anything he was bothered by he was welcome to do. But he didn’t, just moaned that he did 100% of everything and I did nothing. Whatever, dude.

When my husband first started giving me grief about my inability to bring home the bacon, cook it and clean the pan I cooked it in I brushed it off as a tantrum of cranky. Everyone gets moody, right? But now it’s started to happen like clockwork, at least once a month. I’ve started to realize that the mindset that I have to do it all is something both of us carried out of our old church. While I’ve managed to start putting that thing to death my husband clings to that belief with both hands. I feel like taking a hammer to those fingers on his clutching hands to put this thing to death but I know that’s not going to do any good.

Once I realized this is just an old patriarchal mindset he’s carried out I started to understand why he’s so upset. I’ve screwed with his comfort levels and I’m sure it feels to him like I don’t give a damn about him or his comfort. So it’s delicate line I’m going to have to walk to help him in his own recovery while keeping my own emotions in check.

I’m at a loss as to how to get him to let go of this false belief of his but I’m hoping that it happens soon. I’m no ones servant. I’m sure from watching him struggle with this issue and others from our old belief system that I’m not completely over everything myself. Recovery is a ongoing process.

July 26, 2012
The Marriage Benefits of Leaving Fundamentalism
Next Post

Russell Moore: Not Really a Hero
Roll to Disbelieve
Related posts from No Longer Quivering