The Marriage Benefits of Leaving Fundamentalism 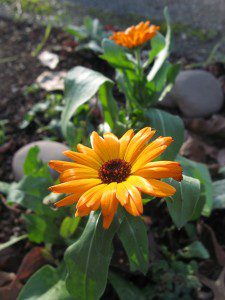 If I had stayed within the constraints of fundamentalism and Christian Patriarchy, my husband and I would absolutely not be happily married today. Our relationship from the very beginning consisted of many departures from the teachings I grew up with. Each of those departures furthered the development, health, and mutual happiness of our relationship.

The first departure: As a single woman, I moved out of my parents’ home to get a college education. What is a completely ordinary step for many North American women was a desperate and terrifying leap for me. My family’s homeschooling church, led by Reb Bradley, promoted a very restrictive view of gender roles along with a strong suspicion of the “liberal bias” of higher learning institutions. Within the church culture, daughters were obligated to stay home under their father’s authority until marriage; once married, they would be housekeepers and stay-at-home mothers. For daughters, a college education was dangerous (because it removed them from their father’s protection), risky for their faith (because it exposed them to non-Christian ideas), and wasteful (because it was not practical for their duties at home).

However, despite my church’s reservations about college, only good things came to me through my experiences there, far away from home. College helped me grow socially, intellectually, physically, and spiritually in ways that have benefited me in every area of my life since then. But of all the good things, I am most grateful for the chance to meet my husband; we were definitely meant to be together. Without college, we would never have met.

The second departure: My boyfriend and I dated instead of courting. According to Reb Bradley’s teaching of “Biblical” courtship, a daughter needed the protection and guidance of her father to find a spouse. This was because women were supposedly easily deceived, just like Eve in the Garden of Eden, swayed by their emotions and easily taken advantage of. Through the courtship process, a father could “guide” his daughter by screening any suitors for “correct” religious and political beliefs; he could “protect” his daughter by making rules about displays of affection and enforcing those rules through constant supervision.

My experiences away from home at college convinced me that my church was completely wrong about women. In fact, it was denying women experience and education that caused them to be so dependent on men; it was not an innate quality of women. As I was working hard to increase my self-confidence and independence that my church and family had damaged, I made a goal for myself: I was not only going to date, I was also going to ask out the guy.

The first and only guy that I asked out turned out to be my future husband. As it so happened, we lived several hours apart from each other, so we only had one meeting and one shot at a relationship. If I hadn’t taken the initiative to ask him out, we would never have ended up together.

It is absolutely critical that my husband and I found each other without being pushed or restricted by our parents. We were not playing a role of trying to please our parents and stay true to our parents’ beliefs; we were free to be ourselves, and we could see more clearly what our life would be like together if we got married. We were adults, taking responsibility for ourselves and our well-being in the present and the future.

The third departure: My fiance and I cohabitated before getting married. It goes without saying that cohabitation was forbidden in the culture I was raised in, since even the alone time of dating was considered unnecessary and hazardous to “purity”. In fact, cohabitation was seen as one of the great evils of society and a major contributor to the decrease of marriage and increase of divorce rates in North America.

My fiance and I never planned to cohabitate. The circumstances of life simply made it the best option for us. It was only later that we saw that cohabitation itself benefited our relationship. It gave us confidence that we were making the right decision to get married, because we could more clearly envision our future married life together. What were the gaps like between structured activities and conversations? What were we like as introverts, when we withdrew from our pseudo-extroversion in order to recharge? What was it like to take care of mundane tasks together, like keeping up an apartment, cooking, cleaning, and shopping for groceries? What did he act like, first thing in the morning before he’d had his coffee? What did I look like, first thing in the morning before I’d put on makeup? The fewer surprises, the better–especially when it’s a lifelong commitment you’re talking about.

Besides that, cohabitating without having premarital sex allowed us to horrify absolutely everyone in the world.

The fourth departure: He pushed me to freely express my opinions and disagree with him. As we developed a closer relationship, we began to experience some communication challenges. Specifically, I found it extremely difficult to express my opinions, even when we were just making simple decisions such as what movie to watch or restaurant to eat at. A lot of this was due to my emotional repression from authoritarian parenting, but there was more to it than that. It also came from a serious misunderstanding of healthy relationships, which I had learned from my church and family. I felt, deep down, that having and expressing my own opinions was selfish and would cause my partner unhappiness. I thought we would have a better, stronger, and happier relationship if I buried my preferences and played the role of a supportive wife.

To my surprise, the opposite was true. Due to my “unselfishness,” I rarely felt loved or understood, and my partner constantly felt frustrated as he tried to guess my wants and needs in order to make me feel valued.

It turned out that he wanted to have a relationship with a real person, a person with feelings and thoughts. He did not want a “yes man” or a deferential subordinate; he wanted us to learn from and challenge each other. Improving our communication skills beautifully affected our relationship; we began to understand ourselves and each other much better. With that greater understanding, we were able to begin making better decisions as a team, compromising and compensating each other when necessary, so that we experienced the most mutual benefit.

The fifth departure: We don’t separate our responsibilities based on gender. Within fundamentalism and Christian Patriarchy, your role in life is based on your gender, with no regard for your personality, strengths, weaknesses, or preferences. If you are a man, you must provide and lead. If you are a woman, you must take care of the house and children and defer to your husband’s decisions. Any unhappiness that arises from this gender-based arrangement is merely a sign of your need to depend on God more and try even harder to fulfill your gender role properly.

That approach to life is blind to the huge amount of variety in the world and even the variety in the Bible. Instead of acknowledging variety and diversity, everything is black and white, neatly categorized, and stacked in little boxes. All the misfits and in-betweens are either ignored or labeled as sinful.

My husband and I realized right away that we would both be unhappy if we just automatically followed traditional gender roles without adapting them to suit who we were. In some ways, we appear very traditional at first glance; I quit my job to be a stay-at-home mom, and he supports us financially by working every day. However, we are only doing that because we both happen to be happy in those roles right now, and we do not feel trapped because we know we could choose another arrangement at any time.

In many other ways, we have chosen to depart from traditional gender roles to promote the greatest mutual happiness and success. For instance, he loves cooking and experimenting in the kitchen, while I find cooking to be a monotonous chore. We are both happier when we share the cooking responsibilities. Also, organizing and planning comes naturally to me, but he has a lot of difficulty thinking of and keeping track of the details. That means we are both happier and things run more smoothly when I take charge of managing our plans and vacations. Over time, we have recognized that we each have areas of expertise, so the person with the relevant skill or knowledge naturally takes the lead at the appropriate time. Each of us is unique, and together we make a unique team; it would be a shame to damage that dynamic relationship by trying to force ourselves into roles that don’t fit us.

These five departures are risks that I took, doing the very things that I had been warned about for my whole fundamentalist youth. In the end, it turned out that they were stepping stones from my depressed past life to my satisfied present life. They were an escape route surrounded by scary shadows and “maybes”, but I’ve finally made it out into the light. I feel extremely lucky. I hope for the same happiness for each person who reads this; just realize that happiness doesn’t come from formulas and rules, and it will probably look different for you than for me, because of the beautiful variety of life.

July 25, 2012
Daughter of the Patriarchy: Ripping the Moorings Part 2
Next Post 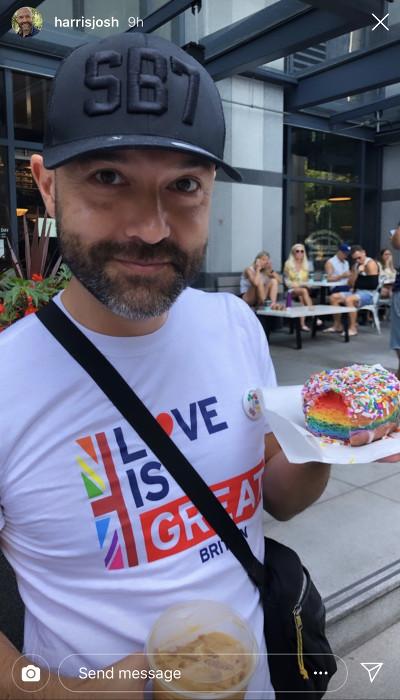