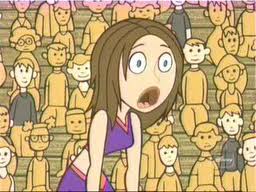 When I first read the headline this weekend I was incredulous. I sat there dumb founded just staring at the screen, not believing what I was reading, this newest cannon volley that is the  war on women and women’s reproductive rights. Sadly it wasn’t a joke.

This is what I saw – Republican Senate Nominee: Victims of ‘Legitimate Rape’ Don’t Get Pregnant

Surely even the most scantily educated people in this country wouldn’t fall for such an obvious falsehood. Or at least anyone that’s taken basic biology at the high school level would know this was simply not true. Our bodies are no different than other mammals in that respect. Conception happens if the conditions are right irregardless of  if the sex is consensual or forced.

Apparently someone failed to explain at some point exactly how the female reproductive system actually functions to Rep. Todd Akin. He thinks we women have a choice in who’s sperm we accept or not to create life. I know vaginas are mysterious and magical to the men who know nothing about them but someone needs to tell Mr. Akin that his thoughts are akin to believing in the Tooth Fairy and fairy dust, wishful thinking.

As these last few years have gone on many politicians like Todd Akin have attempted to strip away the rights of women to decide if and when they become mothers, which, if you think about it, is one of the major themes here at No Longer Quivering. If those trying to send us back to the dark ages have their way then every women of child bearing age will be Quiverfull, no matter if they want to be or not.  Don’t believe me? Look at some of the proposed legislation that wants to make it a crime if you miscarry and it is shown you didn’t do something right, they want to make that a type of murder.

Now we’re having more of that language that reduces women to slut or mothers. The unspoken obvious content of his words are to shout out that some women had a coming, were not ‘truly’ raped. I thought we’d finally gotten rid of that thinking once it became frowned upon to paint rape survivors as sluts or loose based upon what they were wearing and the circumstances of the sexual assault.

As a survivor of rape that occurred when I was in high school I have to say that nothing infuriates me more than some politician wanting to decide who was truly raped. I had an acquaintance pull a knife on me as I got off the school bus before he raped me in my own living room. I cried during the rape, begging the man to stop, to have mercy. But that only earned me a severe beating. What followed with the police, the hospital and the court systems I would not wish on my worse enemy. Thankfully I did not conceive, but it could have easily been the other way too. It took years and therapy before I got a good grip on what was done to me. I’m guessing that Rep. Todd Akins has no idea, not even the slightest idea, of what it’s like to be treated like less than human, to be forced into something so private against your will.

Rape is a crime that is not even about sex as it is some much about control. To utterly control and terrorize another human being. Control, not too different than the  fundamentalist patriarchal type of control.

Let’s reduce the rape survivor (not a victim!) to something less than human, which seems to be the aim of some of the law makers out there. Turn everyone into a walking uterus with no recourse or rights and treat them as lessor beings than those wonderful patriarchal men.

Don’t mistake my words. I am not advocating for or against abortion. That is a decision every woman must make for herself. But I am not willing to sit back and allow a very ignorant man to spread falsehoods about sexual assault and the needs of the rape survivor.

How far will they go to strip away all rights if you happen to have been born female? Frightens me.

Even more frightening to me is that Rep. Todd Akin serves on the Science, Space and Technology Committees on Capital Hill.  The only good news out of all of this is that today he dropped out of the race to be a Senator for Missouri. May the people of the great state of Missouri vote this ignoramus out of office the next time his seat comes up for reelection. Do we really want someone with such a limited grasp of biology to serve on a Congressional Committee dealing with Science? He’ll decide the world is flat or made out of marshmallows.

Others have much more to stay on this topic: