That summer was a mixture of hope, stress and worry.

After the first post seizure drinking episodes, my husband admitted that he needed to watch what he drank. He downplayed the symptoms, but even he had to admit that he never used to nod off when he drank. Also the paramedics, the emergency room doctors and finally the neurologist; all of them had pointed to alcohol consumption as a trigger for his seizure. As usual my husband minimized the problem quick to point out that there were other things that could trigger a seizure, but he did say would make some changes concerning how and what he would drink.

They say a fire burns brightest right before it extinguishes itself. Believe it or not, there were times that I thought that things might work out. I remember the anger I felt, when in the light of an upcoming Sunday outing, my husband announced that he was going to have something to drink the previous night. Worse, he insisted that he would drive the next day. He insisted that he wouldn’t drink much and wouldn’t be at risk for a seizure on Sunday. After a couple of beers and a couple of shots of rum, I heard his voice start to slur. ‘Here we go.” I thought and was surprised when he said that he was done drinking for the night. The rest of the evening he stayed true to his word and the next day passed with no problems.

Then there was the Fourth of July weekend. My husband drank, but again, he stayed mostly with beer. He did doze off a couple of times, but quit drinking before it got serious.

The best episode, the one that gave me the most hope was actually a couple of weeks before our breakup. After alcohol became a problem for my husband, I rarely drank anymore. Drinking together was no longer fun, but rather a stressful minefield to be circumvented. It took the joy out of the whole evening. I certainly wasn’t going to be able to relax. Since, I didn’t need to have alcohol, this wasn’t a problem. Still, I missed being able to actually have a drink. Finally one Saturday, I said that I was going to have something to drink.

By then my husband had gone back to drinking on alternate weekends. This was on an “off” weekend. I told my husband that I would like to have a drink without the having to watch over him. However, if my drinking made him want to drink, I wouldn’t have anything at all.

To my surprise, my husband actually agreed to do without. I had a pleasant evening with a few drinks before a wonderful dinner. After, as we watched a movie, I remember thinking that there was hope after all. My husband was exercising self control. Maybe he didn’t have an addiction after all, but had merely underestimated how alcohol now affected him. either way, he was taking control of his problems.

At the same time, my husband was still drinking frequently. I had tried with no success to limit drinking to once a month or even less. Also, while my husband was willing to try beer, he always drank hard alcohol as well. While he did on some occasions put a reasonable limit to his drinking, there were other times that he still nodded on and off through the night.

Overall, though, for at least a couple of months, my husband did try to control his drinking. I tried to be hopeful. In truth, I still worried, especially during the Saturdays that he was going to drink. Even on the “off” weekends, I worried as evening drew near. I knew how hardheaded my husband could be. If he decided that he would drink, there would be no talking him out of it. I would call him as he was leaving church and then check when he got home. If we could make it to late afternoon without his changing his mind, I was home free.

It was a stressful time. Yet, the “successes” were enough to give me hope. In a strange fashion, the extreme stress amplified the joy that I felt when things did go well. Highs and lows, that was most of my summer.

Then the final moment came….

(Editors note: If someone in your family is drinking to the point where it’s affecting your life you might want to check out Ala Non Just having someone that understands your situation to talk with can be just what you need.) 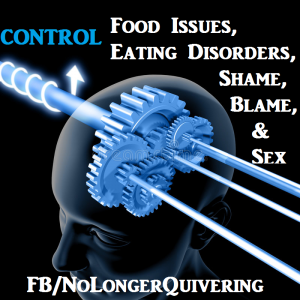