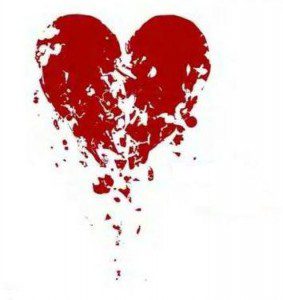 The next day I got up. As I showered and got dressed I thought of the previous night’s events. I was tired, a bit worried, but mostly resolved. I was going to have a final talk with my husband; lay the cards on the table concerning our future.

The discussion started as others had before with me sharing my concerns about my husband’s drinking. Of course, my husband denied that he had a problem and our argument followed the trail. It was clear to me as we argued, that my husband was in his usual denial mode and I knew what that meant for the future. I couldn’t not live under that sort of stress. It was time to act.

I told my husband that if this was how he felt about the issue than I was done, the marriage was over. At first he acted as if I was being irrational; leaving him over something that wasn’t even an issue. I made it clear that even if he didn’t think that he had a problem, I did and that I wasn’t going to live with him anymore.

My husband got mad at this point and tried his next old trick which was to say that I couldn’t leave him as I didn’t have Biblical grounds for doing so. Again, I told him that despite our disagreement on the issue, I was still leaving.
Somewhere around this point, I called my sister and told her that we were breaking up and that I might need a place to stay. She said that it was no problem and I told her that I would call her back later.

My husband must have realized how serious I was because he then pulled the Joker out of the pack. He said if I paid him money for “his” half of the land (even though it was MY money which bought it all) he would leave me with all the land and move elsewhere. I told him flat out that I didn’t have that kind of money. He said that I didn’t, but he was sure that my sister and her husband would lend me the money. I couldn’t believe the naked greed of the guy. I told him that not only would I not impose on my family that way (I had done enough in the past in trying to keep us afloat), but that it was simply wrong when it was my money in the first place that had paid for the land and the trailer. I chided him, rubbing my fingers and telling him that it was “all about the money”. It was true, there was no real love on his part, only a feeling that I belonged to him and a sense that he was entitled to everything.
He denied this of course. I kept at him, teasing him about his greed. I was pissed, the nerve of him. It was yet another glaring sign that our marriage over.

I didn’t know how serious he was, but I wasn’t taking any chances. I picked up the phone and called my sister. When she answered the phone, I said “we’re having an argument and my husband says that I can’t leave him.”
Maybe it was the though of how others would take that statement, but no sooner had I said it than my husband started saying frantically “I didn’t mean that, I didn’t say that she couldn’t leave.” I told my sister that I would call her back.

What a change; my husband was suddenly amenable to the fact that we were indeed, splitting up. He did not try to argue or convince me to stay. It was as if a spell had been broken. We spent the next couple of hours discussing how we would deal with the actual process of splitting up.

In retrospect, I think that my husband realized he couldn’t argue or bully me into staying. It was over and his religious views weren’t going to change things. In reality, our marriage had been bad for a long time, I had almost left him several times and he knew that I was not happy. I think it was a sort of pride/possession complex. He couldn’t bear the thought of losing me, not because he loved me, but because I was his. So when I stuck to my guns there was nothing left holding us together. In truth, he had stopped really loving me years ago. Added with the fact that I was no longer willing to be a submissive “holy” woman, there was nothing but a shell left of our relationship.
The next couple of weeks, we tried to figure out living arrangements. It was peaceful and yet sad. All the hopes, the love of the past had come to this. It was the death of a dream. However, I felt as if a HUGE burden had been lifted. No longer did I have to worry about HIS problems, I was free from all of that.

It was over, but not quit truly over. We had agreed to live together until one of us could find a place to live. Originally, my husband was going to move, but he couldn’t find a place to rent that would take him and the dogs. My sister and her husband had land and I was more than welcome to move a trailer onto it. In the end, it was cheaper to do that than remain on my land. Their place had a well and septic system on the old home site that I could use whereas I would have to have another septic system dug if I remained on my place. My husband toyed with sharing the trailer, but with separate sleeping quarters. I nixed that idea quickly. there was no way that I was going to put up with all the stress of living with him. It would be the worst of both worlds. Since my husband was too broke to ever afford his own place, I opted for moving to my sister’s place. In truth, I looked forward to being close to my sister. Her husband was really nice and it would be great to have such good neighbors.

In the meantime, however, my now ex husband and I would share our trailer. I figured that I would stay until I could afford a trailer. It was fall and I figured that by Spring, I should be getting ready to move out. My ex and I were getting along, both trying to “remain friends”. the worst was over. It would be smooth sailing..or so I thought.

Nonreligious
Quoting Quiverfull: Do Not Embarrass Your Husband?
No Longer Quivering
TRENDING AT PATHEOS Nonreligious