The Natural Use of a Woman: Jim Bob Duggar says, “It’s fun trying” for Baby #20 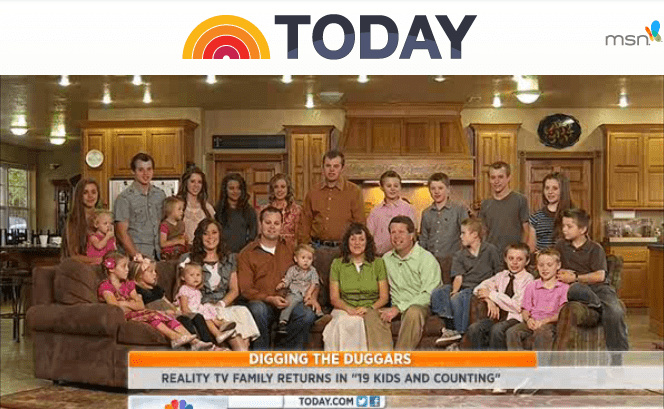 During a recent interview on the Today Show, Jim Bob Duggar blurted out, “It’s fun trying!” when asked if he and Michelle were actively seeking to have another baby.  Today’s host, Savannah Guthrie responded to the mega-dad’s salacious remark with, “Jim Bob – you sly dog!”

Viewers may have come away with the impression that TLC’s “19 & Counting” celebrity parents, Jim Bob & Michelle Duggar hold very casual, perhaps even avant-garde attitudes regarding sex and sexuality.

But a quick look beneath the surface reveals that America’s most celebrated Quiverfull couple believe and espouse decidedly unhealthy ideas when it comes to sex and babymaking. 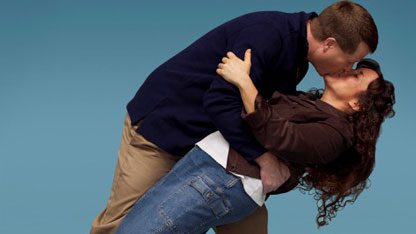 Although Jim Bob makes frequent displays of romantic affection toward his prolific wife, Michelle, which would suggest that the couple might enjoy sex for non-procreative purposes, the “biblical family values” advocates – whose “literal” interpretations of scripture inspire the Duggars to receive each and every pregnancy as an unmitigated blessing from God – also teach that the primary purpose of woman is to conceive and bear sons, i.e., “arrows” for God’s army.

Consider Romans 1:27: And likewise also the men, leaving the natural use of the woman, burned in their lust one toward another; men with men working that which is unseemly, and receiving in themselves that recompence of their error which was meet.

Quiverfull movement leader, Mary Pride, in her seminal book, The Way Home: Beyond Feminism and Back to Reality, offers the following interpretation of “the natural use of the woman” …

Since the word used for female is connected so strongly with the idea of nursing babies, whereas it has no connection at all with the idea of sexual activity, I believe that God is saying here that when women exchange their natural function of childbearing and motherliness for that which is “against nature” (that is, trying to behave sexually like a man), the men tend to abandon the natural sexual use of the women and turn to homosexuality. (pp. 27-28)

Nancy Campbell, “editress” of Above Rubies – an international Christian women’s magazine – encourages “women in their high calling as wives, mothers, and homemakers” by explaining in her book, Be Fruitful & Multiply: What the Bible Says About Having Children, that the word “woman” is a combination of the words “womb” and “man.” Woman means “womb man” or “man with a womb.”

With regard to the Romans 1:27 “natural use of the woman” passage, Campbell says, “Women were created by God’s design to function as nourishers by nourishing life in their womb and a babe at their breast.  When women deliberately turn away from their natural functions, they do it to their own detriment.” (pp. 105-107) 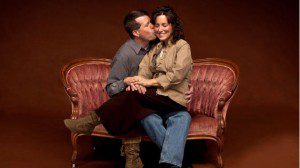 Sure “family values” champion, Jim Bob Duggar puts on a nice show of desiring his godly wife for more than just her ability to produce yet another arrow for his already overflowing quiver … but Jim Bob’s hermeneutics as well as his politics belie enigmatic presuppositions about the purpose of marriage, sex, and Christian wives.

Speaking in regard to Todd Akin’s recent “legitimate rape” and Paul Ryan’s rape as a “method of conception” remarks, feminist, Amanda Marcotte explains the fundamentalist mentality that, “the fact that someone can make a baby means that making babies is what she is for. … Women are among an array of objects to be used. The refrigerator is for storing food. The bookshelf is for holding books. The woman is for making babies. You no more give her a choice in the matter than you would give your refrigerator veto power over what food it holds because it didn’t like your method of shopping.”

Could another pregnancy be life-threatening for Michelle Duggar? Might it be risky for baby #20? Could another pregnancy leave their 19 already-born children motherless? Yes – of course! Is Jim Bob Duggar having fun trying to get his wife pregnant nevertheless?  If making babies is Michelle’s divine purpose – if that is why God made her … why shouldn’t her husband enjoy knocking her up one more time? It’s only natural.

August 26, 2012
In The Spotlights Glare - Are The Duggar Family & The Bates Family Media Whores?
Next Post

August 29, 2012 Millipede Part 24 - The Breakup
Recent Comments
34 Comments | Leave a Comment
"This is late, partly bc of my preoccupation and partly bc I'd been slowly reading ..."
Jennifer Serena’s Serenity – Luxury Hotel, Birthing ..."
"Thank you for your commitment to truth and love, Suzanne. Best wishes to you and ..."
Meredith Anne Not a Goodbye, More of a ..."
"For what it's worth, I've learned a lot from you about a Very Creepy movement ..."
Gwen Pryce Not a Goodbye, More of a ..."
"Unfortunately, this kind of satire (if it even is satire) is what gives Christianity the ..."
Emily Is Biblical Gender Roles a Big ..."
Browse Our Archives
get the latest from
Nonreligious
Sign up for our newsletter
POPULAR AT PATHEOS Nonreligious
1