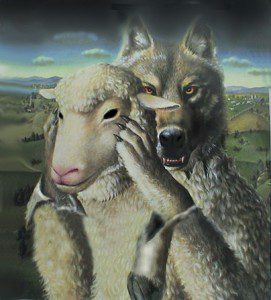 Looks like the deal Schaap signed on off gives the judge the option of sentencing him to a maxim of ten years in jail. That’s way more than I thought he might have coming.

Also law enforcement are still investigating Hyles-Anderson College since Schaap had been vice president of the school and his victim took classes there. No word on exactly what they are looking into at the college.

No word yet on what went down during Jack Schaap’s initial court appearance this afternoon.

Update: 8:30 EST – Turns out that the ten years Schaap agreed upon is the minimum they can sentence him to for that crime.  Also when Jack Schaap returns from prison he’ll have to register as a sex offender wherever he moves. He was taken into custody this afternoon so he’s behind bars even now. Sentencing hearing will be on Sept. 26th.

September 20, 2012 Mama's Choice - Part 1: For the Bible Tells Me So
Recent Comments
11 Comments | Leave a Comment
"This is late, partly bc of my preoccupation and partly bc I'd been slowly reading ..."
Jennifer Serena’s Serenity – Luxury Hotel, Birthing ..."
"Thank you for your commitment to truth and love, Suzanne. Best wishes to you and ..."
Meredith Anne Not a Goodbye, More of a ..."
"For what it's worth, I've learned a lot from you about a Very Creepy movement ..."
Gwen Pryce Not a Goodbye, More of a ..."
"Unfortunately, this kind of satire (if it even is satire) is what gives Christianity the ..."
Emily Is Biblical Gender Roles a Big ..."
Browse Our Archives
Related posts from No Longer Quivering