Can you TELL? or, Lies I Believed About Women’s Reproduction

Can you TELL? or, Lies I Believed About Women’s Reproduction October 5, 2012 Suzanne Titkemeyer 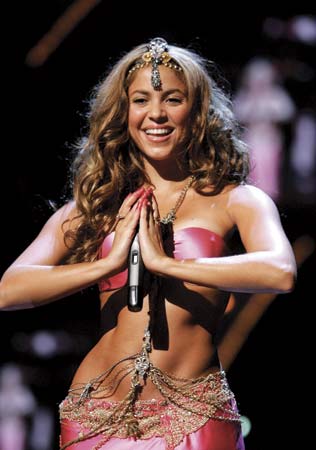 Contrary to the popular Shakira song, hips totally do lie.

Ever since Todd Akin’s remarks about women’s bodies’ magical powers to repel the sperm of rapists sent echoes of shock reverberating through the mainstream media, pieces of similar doctrines have bubbled back up into my memory. Akin’s views did not surprise me, as they did not surprise other bloggers who study the Religious Right. Instead, his assertions reminded me just how much liberty fundamentalist Christians take with scientific and medical matters, and how willingly some of them abuse their authority as pastors to spread misinformation about the natural world.

In a 1962 sermon called Oneness, William Branham preached the following about the immaculate conception of Jesus:

Now, the other day, standing preaching, there was a bunch of Catholic people in my audience, and I said, “You Catholic people that call Jesus, or call Mary, rather, the mother of God, how can God have a mother when He’s eternal? He can’t have a mother. Jesus was not even anything to Mary, but He was just… She was an incubator that hatched Him.”
Well, they always believed, and I had an idea of it myself years ago that the–the immaculate conception was that God overshadowed her and put a blood cell in there, but the egg come from the woman. If the egg come from the woman, there has to come a sensation to bring the egg through the tube to the womb. See what you do with God? You make Him in a sexual mess. God, Who created the blood cell, created the egg also…

In other words, Branham repeated a myth that dated from before the 18th century that women must experience sexual pleasure in order to conceive a child. This fits hand-in-hand with Akin’s beliefs about rape: if a woman doesn’t enjoy sex, she can’t get pregnant.

Christian fundamentalist parents are notorious for their unwillingness to teach their children about sex or to allow them to attend sex education classes in school. What happens when a kid who received no sex education grows up hearing myths like these over the pulpit? That kid turns into another Todd Akin, a misinformed adult who votes – or worse, runs for office – without properly understanding the basic facts of conception.

Here are some more of the myths that I grew up believing about sex and conception as a fundamentalist Christian girl:

1. You can get pregnant by swimming with boys, because sperm can leak out and travel through pool water.

3. People can tell whether or not you have ever masturbated by the way you smell (pheromones).

4. When a woman has sex, her hips widen and her demeanor changes. You can tell if a woman has lost her virginity by the way her hips sway when she walks.

5. If you think lustful thoughts or have crushes on boys, you might also get a “false pregnancy” and your hips might widen automatically.

That’s right, folks. I actually believed you could tell who was a virgin by sight. I was terrified that having crushes on boys meant I would lose the appearance of virginity, and that it wouldn’t matter whether or not I’d done anything because my guilt would be plain for all to see. I used to believe that women whose hips swayed when they walked had to be either married or no longer virgins – which, of course, became a problem once I developed my own hips. All this misinformation not only made me afraid of the changes in my own body, lest they be telltale signs of sinful lust, but it also provided a platform on which I (and fundamentalist kids like me) judged other women.

These are the kinds of judgments witch hunts are made of. Literally. If you were an unpopular old woman in a village where people’s children kept dying, the mole on your neck might spell your doom before the court. If you were a woman with a wide pelvis in a fundamentalist church, you might be labeled impure on the spot.

But unless you’ve received some kind of decent education, you might not know that you can’t.

October 6, 2012 Parenting & the Super Religious
Recent Comments
6 Comments | Leave a Comment
Browse Our Archives
get the latest from
Nonreligious
Sign up for our newsletter
POPULAR AT PATHEOS Nonreligious
1