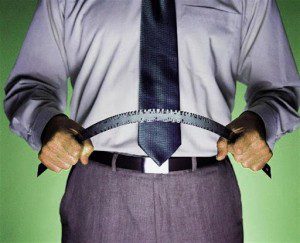 I’ve been procrastinating about telling this part of the story.

I’m not sure if I’m currently in a place to talk about it either.

But I’m going to try.

Those years of my life are kind of confusing for me because I don’t remember explicit or exact details. I hope that everyone is able to keep that in mind as they read. I’m going to say here and now that the things I’m about to say are NOT clear in my memory, and I only remember them because of the pain, anger, confusion, insecurity, etc., that these incidents caused. Because of the emotion attached to the incidents, I’m sure my mind has warped my memory of these incidents, causing me to remember them differently than anyone else involved does.

Several times, when I woke up from a nightmare, I would go to my parents’ room, wake them up and they would “spank” me and put me back in bed, without taking the time to figure out why I was awake in the first place.

“Spank” was the term that my parents used to describe their form of punishment.

According to the Collins English Dictionary (10th ed.), to spank is “to slap or smack with an open hand, especially on the buttocks.”

My parents had two wooden spanking sticks (just in case one broke or got lost, I suppose) that were about an inch wide and a quarter inch thick.

Considering that it was never done with anything but a stick, a more proper verb to use would be “beat.” According to Dictionary.com, to beat is to “strike violently or forcefully and repeatedly.”

That definition is an accurate description of what would happen.

I would wake up in the middle of the night, scared out of my mind that I was going to die, I’d seek comfort and would instead receive a beating with a stick.

I don’t know how often it happened. I do know that on at least one occasion, the next day my tush and hips were bruised a deep purple.

During that time, no one really slept at my house. My screams no doubt woke up all of my brothers, plus the renters upstairs.

There were times when I was manipulated into silence. I was always told that if someone outside of the family heard me screaming, it would be MY fault if I or my brothers were taken away.

And, I was often reminded that the school system, CPS, the police and the government were out to get us and their goal was to remove me (especially me) and my brothers from the home. I was conditioned to be very paranoid about this and in addition to being terrified of death, I was also terrified of what was “out there” in the big, bad world, where I would inevitably be placed once someone heard me screaming in pain and anger from another beating.

But, nighttime wasn’t the only time these beatings occurred.

I remember a specific time when I was in maybe second or third grade. I was having a hard time understanding something in school. I was beaten and when I screamed and cried, my parent covered my mouth and nose and held me down so I couldn’t move or breathe. I struggled until I got my mouth uncovered just enough to holler “I CAN’T BREATHE,” to which the parent in question replied, “You don’t deserve to breathe.”

Another time, when I didn’t understand something in school, after being beaten, when I cried and protested that this wasn’t fair and didn’t even make sense, I was made to read aloud excerpts from Proverbs for Parenting. This book informed me that if a child lacks understanding (specifically, if he or she gets an answer wrong in his or her studies), or if they are being “foolish” (stupid), they are to be beaten. I don’t remember anything else specific from that book, but that was the day that I began to seriously question the meaning of “the rod” in the Bible. (Today, my understanding of the term “rod” in the Bible is that a shepherd used a rod. He didn’t use it to beat his sheep into submission, but rather, to guide them to safety, health and security. I believe the Bible means that if someone in authority confronts rebellious or foolish behavior and seeks to teach and guide the rebellious/foolish person, the behavior won’t get progressively worse, like it would if you just ignored it. Ok, so maybe I’m terribly liberal in my interpretation, but I can’t see Jesus beating someone, and if Jesus didn’t do something, then we shouldn’t either.)

At any rate, the punishments were rather bizarre and over-the-top on a lot of occasions.

Beginning in about 5th grade, I was horrible at Math. Looking back, I can honestly say that it wasn’t so much that my brain wasn’t oriented toward math. My problem was that the math curriculum we used (Saxon) was simplified to the point where I couldn’t for the life of me figure out how one lesson was any different than the one before. They broke everything down into minute details and taught one little part each day. I learned nothing because the way my brain works is that I have to see it from start to finish and then review it several times and I’ll understand and remember it. I have to be able to make connections — and if it’s broken down into itty-bitty details, I can’t make the connection, so I’ll never remember it.

The last 7 or so years of home school were an absolute nightmare for me. I lacked understanding and I was “foolish” when it came to math, so I had a lot of beatings and there was a lot of yelling and screaming going on.

My dad was fiercely protective of my mom, so if I did anything that made her mad when he was around, I was severely punished. I got too big to manhandle, so on one occasion, he knocked me to the ground and stood on my hair for several minutes. I don’t know how long this lasted, but it seemed like forever. I laid on the floor, held down by my hair, kicking and screaming and trying to get free. Finally, my brother came home and when he saw what was going on, he ordered my dad to let me go. The only thing I stuck around to hear or see after that was my brother told my dad he had just lost the last little bit of respect he had for him. My dad let me go and turned on my brother, hitting him in the face.

For several days after that, when I would make attempts at brushing/combing my hair, big chunks of hair would fall out. My head was so tender and painful for a long time after that.

After that incident, I refused to do any schoolwork when my dad was around. Dad worked nights, so I was up doing schoolwork until 3 or 4 in the morning a lot of times. I was required to be up by 9 am every day (and often earlier), so I didn’t get much sleep during that time — and neither did my mom.

Honestly, most parts of my childhood were an absolute nightmare.

October 14, 2012
The Duggars Campaigning For Todd Akin
Next Post

October 16, 2012 Millipede Part 31 - How Did I Get Here Part 2
Recent Comments
12 Comments | Leave a Comment
"This is late, partly bc of my preoccupation and partly bc I'd been slowly reading ..."
Jennifer Serena’s Serenity – Luxury Hotel, Birthing ..."
"Thank you for your commitment to truth and love, Suzanne. Best wishes to you and ..."
Meredith Anne Not a Goodbye, More of a ..."
"For your sake, I am so glad you will no longer be editing and managing ..."
Lana Not a Goodbye, More of a ..."
"For what it's worth, I've learned a lot from you about a Very Creepy movement ..."
Griff Pryce Not a Goodbye, More of a ..."
Browse Our Archives
get the latest from
Nonreligious
Sign up for our newsletter
POPULAR AT PATHEOS Nonreligious
1