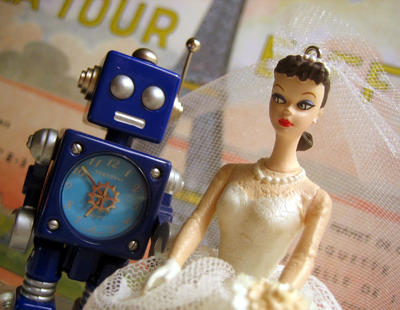 In evangelical Christian culture, marriage is a commodity. Marriage books are sold like gardening manuals or cheat sheets for the SATs. The sales pitch for marriage in Christian culture is more intense than any you’ll ever experience on a used car lot. Christians are made to believe that they’re God’s designated curators of Marriage, That Holy and Venerable Institution, and that falling down on the job can undermine the entire fabric of society. Just look at these book titles!

Marriage is about way more than you and your partner:

Save a Marriage, Save Our Nation

Marriage is also sold as the cure-all for emotional emptiness – second only to Jesus, of course (or was it the other way around?):

The Marriage You’ve Always Dreamed Of

Love & Respect: The Love She Most Desires, the Respect He Desperately Needs

Marriage is also the Hardest College Class Ever:

That’s probably because it means learning how to translate extraterrestrial languages:

His Needs, Her Needs

One of Us Must Be Crazy and I’m Pretty Sure It’s You: Making Sense of the Differences That Divide Us

Feminine Appeal: Seven Virtues of a Godly Wife and Mother

Cracking the Communication Code: The Secret to Speaking Your Mate’s Language

Love & Respect: The Love She Most Desires, the Respect He Desperately Needs

For Women Only: What You Need to Know About the Inner Lives of Men

For Married Men Only: Three Principles for Loving Your Wife

What Your Husband Isn’t Telling You: A Guided Tour of a Man’s Body, Soul, and Spirit

Communication: Key to Your Marriage 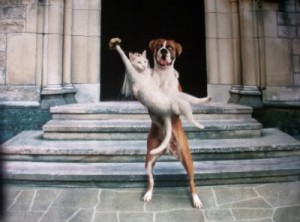 Think you picked the wrong kind of alien to marry? Never fear! You can rebuild him:

Have a New Husband by Friday: How to Change His Attitude, Behavior and Communication in 5 Days

What Did You Expect? (Paperback Edition): Redeeming the Realities of Marriage

The sheer volume of evangelical Christian literature on marriage makes it seem like being married is the hardest thing in the world to do. When I entered my first relationship, I was so certain that I was embarking on a project, I gave myself panic attacks on a daily basis. Was I calling too often? Asking too many questions? Ignoring him too much? Saying the wrong things? Was I listening enough? Was I giving him enough space? 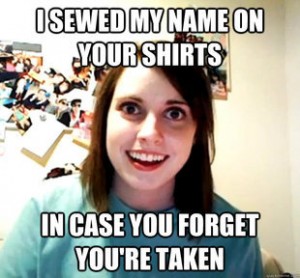 One of the aspects of Christian culture that feels most alien to me now is that carefully cultivated sense of urgency and guilt, that sense that I must always be doing something to preserve or protect or strengthen or maintain my relationship with my partner.

After five years, the most useful piece of advice I ever received was this:

“Chill out. I love you the way you are.” -my fiancé

One of the reasons I think of Christian culture’s obsession with marriage as a marketing gimmick is that it appears to create a problem in order to solve it. It tells you that communicating with your partner is very hard because you can’t possibly understand someone of the opposite sex. Then it tells you how to understand the opposite sex by using its own patented communication strategies. Gender differences are the problem, because they make your partner incomprehensible. The solution? Gender differences, handily explained by a shelf full of Respected Christian Married Couples.

Christian culture isolates men and women, trains them to think and act differently, then presents this training as a marriage problem to be solved. Communication is hard, they say. Marriage is hard. After five years of a committed relationship, I can safely say this: it’s not hard. Not at all. It’s way easier! I have somebody to help me through daily life, to support me, to be honest with me, to help me grow as a person. And I don’t have to do all the dishes anymore!

What made it hard in the beginning was all my anxiety about how hard it was going to be. Truth is, after five years, I haven’t learned to “be a wife.” I’ve learned how to live with the man I love, not with “men” in general. Marriage isn’t a project. It’s a relationship. It’s not about “men” or “women.” It’s about you and your partner. That’s it.