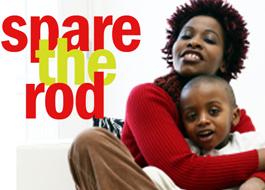 by Kristen Rosser aka KRWordgazer

Latebloomer at Past Tense Present Progressive is blogging about Reb Bradley’s book Child Training Tips.  Calulu at Roadkill on the Information Superhighway is blogging about Michael and Debbi Pearl’s To Train Up a Child.  I’d like to chime in today with some thoughts about the method of child rearing which the two books share: they call it “Biblical parenting” or “Bible-based child training,” but it bears no resemblance to the way Jesus spoke of or treated children.  Instead, it takes a few proof texts (mostly from Proverbs) and builds an entire harsh, repressive and unjust regime out of them.

This is not something I can remain silent about. It goes directly against “do not provoke/exasperate your children” in Ephesians 6:4.  It convinces parents that, rather than bringing children up in the nurture and admonition of the Lord, they should raise them strictly under law and without grace.  I call it “fear-based parenting,” because it appears to be founded on two foundational fears:  1) that your child is evil by nature, and 2) that your child will remain so and be lost for eternity unless you force the child into being good.

These are the basic messages taught in fear-based parenting:

1. The parent-child relationship is by nature adversarial.  The child wants all the power in the home, and your job as a parent is to resist the child’s attempts to seize it, and to hold all the power yourself.
2. Your child’s most fundamental nature is selfishness and rebellion against authority.
3. A child’s will is inherently deceitful and wicked, and must be subdued/broken by the parent.
4. Spanking (with some sort of “rod”) will remove the rebellion from your child’s heart. If the child responds to a spanking with anything other than complete submission, you need to spank longer/harder until the child’s will is subdued and broken.
5. To use any other method of discipline than spanking is unbiblical and only encourages your child’s rebellion and selfishness.  To show your child any mercy will only teach your child that he or she can get away with bad behavior.

7. Any act of your child’s that is not completely, cheerfully and instantly obedient is, by definition, rebellion.
8. If you raise your child according to these “biblical principles,” the outcome is certain: your child will become a “godly” adult.

Now, I am aware that orthodox Protestant doctrine says that humanity is sinful by nature and in need of salvation.  I’m not contesting that;  in fact, I find it comforting whenever I (or my kids) do something I wish I (or they) hadn’t done.  No need to get excited or overreact– it’s just human nature.  But I believe this understanding should result in more mercy to my children– not more harshness and law.  They are not different from me.  It was the kindness of God (Romans 2:4) that brought me to repentance.  So why would my harshness bring them to repentance?

The thing is that these “biblical parenting” ideas focus exclusively on human sinfulness, while ignoring or forgetting other basic, orthodox Protestant teachings:

1. Humanity, though sinful, is also made in the image of God (Genesis 1:26), and it is in God that we live, move and have our being (Acts 17:28).  Paul said in Romans 2:14-15 that non-Jews who never had the Law still have “the work of the Law written in their hearts, their consciences bearing witness, and their thoughts alternately accusing or else defending them.”  This influence of God’s Spirit towards good in all people is known theologically as “common grace.”

2. None of us can save ourselves or anyone else; we are completely dependent on God’s grace to bring us to salvation.  Romans 3:23-24. 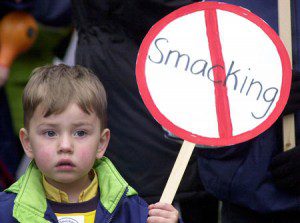 Nowhere does the Bible say that the nature of the parent-child relationship is a power struggle.  The opening chapters of the book of Proverbs are about parents lovingly giving their children instruction, not establishing dominance over them.  In any event, the Proverbs are by genre a set of wise sayings about how life generally works; they are neither promises nor commands.  The passages about using “the rod” need to be understood in the literary, historical and cultural contexts in which they were given.  The Parenting Freedom blog has a cultural/language study that makes it plain that what the Proverbs are talking about, and what the “biblical parenting” advocates say they are talking about, are in two different universes!  And in any event, to take a few verses on “the rod” and conclude from them that spanking is the only God-given method of discipline, is to give those verses a scope they were clearly never intended to have.

Nowhere does the Bible say that our goal as parents should be to break our child’s will.  Jesus said in Matthew 19:14, “Let the little children come to Me, and do not keep them away, because the kingdom of heaven belongs to such as these.”  If the “biblical parenting” experts were correct, Jesus would have said something more like, “Those children who have been subdued to obedience may come to Me.  All others should be kept away, because their hearts are wicked!”   Children are by nature innocent and trusting, and they are geared to desire adult approval and to want to please their parents.    If you don’t believe me, just spend a little non-judgmental time with some young kids!  This is the image of God in their humanity.  It is not negated or driven out by original sin.  To interpret your child’s every action as a play for power or as an act of selfishness, is to disregard the image of God and His common grace in your child.  1 Corinthians 13:7 says, “[Love] bears all things, believes all things, hopes all things, endures all things.”  To see another’s action through the eyes of love is to see it believing well of that person and hoping for the best in that person.  It is not to view every action with suspicion as motivated by selfishness and power-grabbing.  This goes for our children as much as for anyone else.

Nowhere does the Bible remotely imply that any act of another human being can train someone into complete, cheerful and instant obedience to God.   Titus 2:11-14 states unequivocally that it is the grace of God that teaches us to deny ungodliness and live righteously.  “Biblical parenting” is actually a way to play God, seeking to control the outcomes of our children’s lives and eliminate all uncertainty.  But that is not faith– it is fear.   Hebrews 11:1 says, “Faith is the assurance of things hoped for, the conviction of things not seen.” (Emphasis added).  Having a thing and seeing it is certainty.  Hoping for it and believing in it is faith. Faith faces uncertainty and trusts God.  Fear seeks to control outcomes so as to eliminate uncertainty– not realizing that the elimination of uncertainty also eliminates the need for faith.

Parents, we need to trust God with our children and not live in fear.  Jesus said to do to others as we would have done to us.  This command doesn’t disappear just because we’re talking about our kids.  Would we want to have our every motive suspect, our every action viewed in the worst light?  Would we want to beg for mercy for something we’ve done, and to be given no mercy lest we think we’ve been given a license to get away with it next time?  Would we want to be expected to drop everything, no matter how important to us, at the moment someone over us speaks a command, and be expected to not only show no frustration, but to feel no frustration, even when our dearest desires are denied and thwarted?  Do we want our frustration and lack of cheerfulness, when we show them in spite of ourselves, to then be interpreted and punished as rebellion?

If we would not want these things done to us, we should at the very least not do them to our children. But to truly obey Jesus’ words is to go further, and to do to our children what we would want done to us.  To be listened to.  To be treated with understanding and compassion.  To have our motives interpreted with “I believe the best of you.”  To be given mercy even when we know we don’t deserve it.

1 John 4:18 says, “There is no fear in love; but perfect love casts out fear; because fear involves punishment, and the one who fears is not perfected in love.”

Please– if you can bear it– read this blog post by one who has suffered under fear-based parenting, and please stand with me against it.  If your church, or anyone else, recommends a fear-based parenting book like To Train Up a Child or Child-Training Tips, please speak out.

Children are hurting.  It needs to stop.