Ever since I watched the movie, Inception, I’ve wanted to shout to the world, Wow – that happened to me! And here I thought Quiverfull was my own idea all along!!

If you haven’t seen the movie, here’s a quick summary: “Inception” is the implantation of another person’s idea into a target’s subconscious. A thief, who possesses the ability to project himself deep inside the subconscious of a victim’s mind in order to steal their ideas, is hired to reverse the process – he must plant an idea so skillfully that the subject will act against his own best interests and according to another man’s wishes, all the while, firmly believing that his choice to do so is entirely his own.

Going back to the question of whose choice is it? … Those of us who have rejected and renounced the Quiverfull lifestyle are often quick to admit that we, the women, after much soul-searching, contemplation, bible study, and prayer, came to the Quiverfull conviction unconstrained by peer pressure, coercion, brainwashing, or blindly following “the commandments of men.”

We figured out this stuff for ourselves.

It’s been almost five years since I walked away from the ideology, and after carefully considering the myriad of subtle and not-so-subtle influences which converged to sway my thought processes – I am no longer absolutely certain that I was as much of an independent thinker as I had imagined.

I think it’s especially interesting to read the comments left by Quiverfull women who stumble across No Longer Quivering, read the FAQ: What is Quiverfull?, and feel a compulsion to defend their choices by explaining that, yes – they do not use birth control – BUT there are several items on the checklist which they do not personally believe or practice.  They will point out, for example, “we are trusting God with our family planning, but we are not legalistic about gender roles – our girls sometimes wear jeans and our boys know how to wash dishes.” or, “we have twelve children and are open to more, but we want our daughters to be well educated.” and, “we don’t use birth control, but I have a part-time job outside the home and we watch television.”

So you see, these women are not buying “the whole package” – they have carefully and thoughtfully chosen which of Vision Forum’s teachings are truly biblical and which are legalistic misinterpretations of the bible. 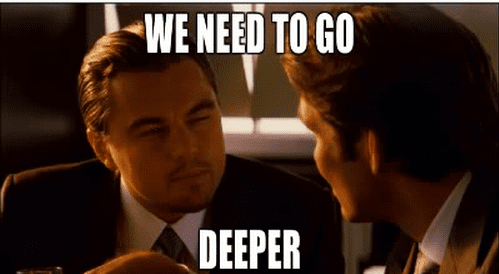 October 2, 2012
What Do Quiverfull Christians Believe About Birth Control?
Next Post

October 4, 2012 Millipede Part 29
Recent Comments
4 Comments | Leave a Comment
Browse Our Archives
get the latest from
Nonreligious
Sign up for our newsletter
POPULAR AT PATHEOS Nonreligious
1