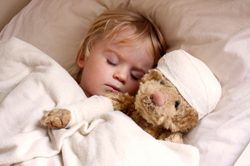 I was an accident-prone child.

When I was somewhere between two and 3 years old, I had my first ER experience.

I had been playing with an older cousin who was holding me by the arms and spinning me around in circles. It was fun. Lots of fun.

I imagine myself all giggles, begging for more-

Until I found myself flying through the air and then falling to the ground with a thud.

I don’t remember much about that incident. I was taken to the ER where I had an X-ray of my arm done. They asked me if I could put my arm above my head and I thought about it and said no. I hadn’t tried to move my arm after the incident, and I didn’t want to try at the hospital either, so I didn’t. I’m not sure why that detail stuck out to me. I just didn’t want to move my arm and no one made me. I wasn’t given much choice about whether I did things up until that point, so when I was given an option, I chose exactly what I wanted. This may have been the first and only time in my life (until recently) when I made a choice, not because I had to, but because I wanted to.

I went home with my arm in a sling. Later in the day, I tried to tell my dad I didn’t want it on anymore, but it took him a while to figure out that the only thing I wanted was to get rid of that annoying sling.

In another incident, just days before my 4th birthday, my brothers and I were playing on the top of their bunk bed while my parents were getting ready to paint the boys’ room.

Maybe “wrestling” would be a better term. I was totally tomboy back then. I could wrestle with the best of them.

At any rate, one second I was pinning one of my brothers and the next, I was falling. The next thing I knew, my face had made contact with the can of paint that just happened to be sitting next to the bed and there was blood everywhere.

I did what I did best — I shrieked and cried and spent the entire time between then and when we got to the ER screaming. Mom tried to stop the bleeding, but I was too squirmy, scared and screaming for her to do much with me.

I had a huge gash on my upper lip.

They put me on a bed with a big light shining on me. Before the doctor stitched me up, he told my mom that he recommended that I have reconstructive surgery rather than a simple suture because the scarring would be terrible and no one would want to look at my face.

Ok, so maybe that is embellished. But I was 3 and I didn’t understand everything he said. When you’re 3 and someone says something like that, it tends to sound way worse than it actually is.

That was the first time that I had associated appearance and acceptance. And I was convinced that because my face was going to be scarred, no one would ever love me, want me, or find me attractive enough to want to possibly marry me one day.

I was completely crushed.

After discussing the notion of reconstructive surgery, it was decided that I would be sutured and they’d leave it at that. I remember the ER staff covering me with a sheet with the injury site exposed. The doctor stitched me up, taking only a few minutes to do so. I remember being really scared that it would hurt, and being pleasantly surprised when the only thing I felt was a little tickle with each stitch.

And then I went home to think about how no one would ever want me now.

October 10, 2012 Millipede Part 30 - How Did I Get Here Part 1
Recent Comments
3 Comments | Leave a Comment
"This is late, partly bc of my preoccupation and partly bc I'd been slowly reading ..."
Jennifer Serena’s Serenity – Luxury Hotel, Birthing ..."
"Thank you for your commitment to truth and love, Suzanne. Best wishes to you and ..."
Meredith Anne Not a Goodbye, More of a ..."
"For what it's worth, I've learned a lot from you about a Very Creepy movement ..."
Gwen Pryce Not a Goodbye, More of a ..."
"Unfortunately, this kind of satire (if it even is satire) is what gives Christianity the ..."
Emily Is Biblical Gender Roles a Big ..."
Browse Our Archives
get the latest from
Nonreligious
Sign up for our newsletter
POPULAR AT PATHEOS Nonreligious
1