I am quite indifferent to the sexual peccadillos of others. What consenting adults do sexually is none of my business. I think so-called sexual “sins” like adultery and fornication find their foundation in the Bible and I reject the Bible as a moral or ethical standard.

We are sexual creatures. Desiring to have sex is as much a part of who we are as eating and drinking. Sexual activity, regardless of orientation, is normal and it not surprising when sexual activity overflows the banks of the Christian moral river.

It doesn’t surprise me that Dinesh D’Souza had sex with a woman other than his wife. Recent reports say that not only was D’Souza committing what his Christian faith calls adultery, but he was doing the deed with a married woman. (see Crooks and Liars report)

Again, no surprise. I am never shocked when I hear of a man or woman getting themselves into trouble over sexual matters. It is, after all, what humans do. Just think of all the people in the world who are, as you are reading this post, having sex. And I bet a lot of the sex is happening outside the narrow confines of the Puritanical Christian view of sexuality.

The reason I find perverse pleasure in the sexual peccadillos of Evangelical leaders has to do with their pontificating on moral values. Take Dinesh D’Souza. Right Wing Watch reports:

Last week, conservative pseudo-intellectual Dinesh D’Souza was featured on a conference call for Rick Scarborough’s 40 Days to Save America. D’Souza said Obama is “attacking the traditional values agenda” by supporting marriage equality and abortion rights, arguing that “Obama doesn’t like traditional Christianity because he identifies it with colonialism.” However, D’Souza’s rhetoric about “traditional morality” may be undermined by the fact that at a recent conference he reportedly shared a hotel room with a woman other than his wife, whom he introduced as his fiancée. D’Souza later admitted to getting engaged to his girlfriend even though he is still married, but denies sharing a hotel room with her at the conference.

“Why is Obama on the social issues — and I’m thinking here of abortion, I’m thinking here of gay marriage — why is Obama so aggressive in attacking the traditional values agenda? I think the reason for it is because when Obama thinks about colonialism, about the British and the French who went abroad to conquer other countries, or earlier the Spanish and the Portuguese, I come from a part of India that was a Portuguese colony at one time, I think for Obama colonialism is identified not just with the soldiers but also with the missionaries. Remember it’s the missionaries that went alongside the conquerors, the conquistadors, came to the Americas and worked on converting the Indians and later missionaries went to China, India and Japan. So I think this is the problem, Obama doesn’t like traditional Christianity because he identifies it with colonialism. Obama’s own Christianity is more of a Third World liberation theology, a very different kind of Jeremiah Wright type philosophy, summarized in the idea that America is the rogue nation in the world.”

Later, D’Souza said that politics are driven by a moral and spiritual divide that only God can change, grateful that we don’t have “an absentee God like Obama’s dad.”

“Ultimately there’s a political divide in this country but underneath that is a moral divide, and underneath that is a spiritual divide. I think that the deepest problems facing America and the West in the end are not political, they are spiritual. This is why it makes sense even as we debate policy issues, even as we debate moral issues, to turn to the maker of the universe, this maker of the universe that isn’t just an absentee God like Obama’s dad, a kind of absentee father who got things going and then took off but a God who cares about each one of us and certainly about our country.”

What a hypocrite. If Evangelical church leaders want to be treated like normal, frail, human beings then they need to shut the hell up when it comes to matters of sexuality. As long as they continue to present their religion as the moral arbiter in the world and as long as they publicly state that they speak for God on sexual matters, I will continue to find perverse pleasure when reading a report about the local Baptist pastor getting a blow job by a prostitute in back of the adult bookstore.

But Bruce, you admitted to going to a strip club when you were a pastor. What does that make you? A hypocrite. I have no problem owning my behavior and if I had been “caught” I would deserved every bit of the scorn and ridicule I received from the “world.”

Here is what I know about Christian men. According to the Bible, every Christian man is an adulterer. The Bible says in Matthew 5:28:

But I say unto you, That whosoever looketh on a woman to lust after her hath committed adultery with her already in his heart.

Show me a man, let alone of Christian man, who has never looked at a woman and not lusted (desired) after her. I know some self-righteous preacher will surely say….NOT ME! And I say to that…liar.

If Evangelical preachers would ever be honest about their own sexuality, the shrill rhetoric over the sexuality of other people would end overnight.

Imagine Baptist Preacher Jim Bob admitting to the congregation that he saw a hot looking woman at  Finger-Licking Good Buffet. Imagine if he dared to admit that he wondered if she was on the buffet menu. Well we know what would happen. All those self-righteous hypocrites that Baptist Preacher Jim Bob trained so well would kick him out of the church for being immoral.

Evangelicals need to get the memo that reminds them that humans do what humans do and having sex is an essential part of what it means to be a human.

Ok, that’s it for today. Time to watch me some NFL football.

October 19, 2012
Duggar Family Singing on the Campaign Trail of Todd Akin
Next Post 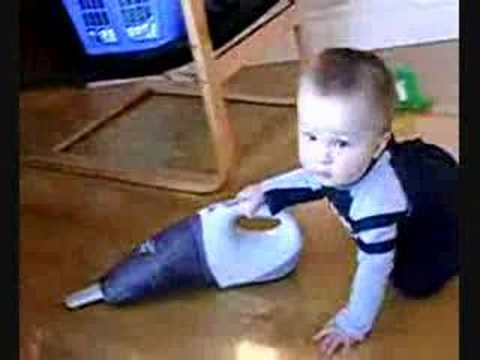