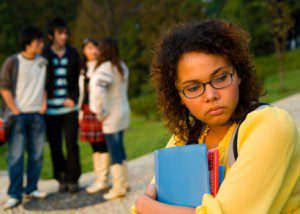 My mom was one of the people who was in charge of the home school group that we were part of. I don’t know if she had an official title, but she and a friend would get together and have planning sessions and make arrangements for meetings and field trips and things.

I don’t remember exactly when this happened, but one day, someone told us that two of the moms in the group had arranged a planning meeting and had invited everyone except my family, and they had completely taken over the group and come up with new rules, new officers and a new name for the group.

We continued to attend for a few months, but the atmosphere was tense. I have no idea what happened, but my impression was that we were invited to leave and not return.

There was one instance when the home school group invited some friends’ of my parents to come from out of town and speak at a meeting, and the people in charge asked my parents if the speaker could stay with us — and we were sure welcome to attend the meeting if we wanted to.

We went and listened to the emcee sing the praises of founding families such as mine and how the home school group and the home school movement wouldn’t be where it was without people like us.

And we were sitting there thinking, “Um…. if we are such wonderful people, why do we only get to attend when we’re ‘invited’? and why are we only invited when we can do something for them?”

My social network had been reduced to nothing outside of my parents and my brothers.

November 24, 2012 Quoting Quiverfull: The Selfish Use Birth Control?
Recent Comments
0 | Leave a Comment
"This is late, partly bc of my preoccupation and partly bc I'd been slowly reading ..."
Jennifer Serena’s Serenity – Luxury Hotel, Birthing ..."
"Thank you for your commitment to truth and love, Suzanne. Best wishes to you and ..."
Meredith Anne Not a Goodbye, More of a ..."
"For what it's worth, I've learned a lot from you about a Very Creepy movement ..."
Gwen Pryce Not a Goodbye, More of a ..."
"Unfortunately, this kind of satire (if it even is satire) is what gives Christianity the ..."
Emily Is Biblical Gender Roles a Big ..."
Browse Our Archives
get the latest from
Nonreligious
Sign up for our newsletter
POPULAR AT PATHEOS Nonreligious
1