Millipede Part 35 How Did I Get Here? Part 6 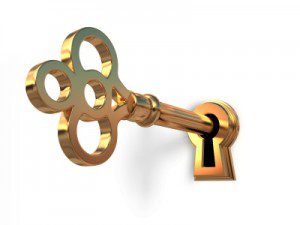 Having been given the proverbial Keys to the Kingdom, the woman is sure to be guided to the company of fellow believers. Patriarchy being a His and Hers World, a woman finds herself most often in the company of other women. These are women who are believers in Patriarchy and all to varying degrees practice submission to a male head. It might be to a father, a pastor or in more radical circles, to the eldest son. More than likely, these women will be married and serving their respective husbands.

Except we didn’t see it that way. No, we were sincere Christians who were active in our faith. Unlike most Christians, we were conforming our lives to the Bible, no picking and choosing and certainly no explaining away passages that made us feel uncomfortable. If anything, it was a sign that we were on the right path. Truly following God meant crucifying the flesh. Influenced by the World, it was not surprising that it was hard to submit to the Lord’s Will. We were sure that Patriarchy (in it’s Christian incarnation anyway) was part of His Will, after all it was found over and over again in the Bible.

Of course, none of the women ever expressed any doubts. Even if we talked of the difficulties that we encountered in trying to be submissive wives, we were quick to dismiss such concerns as being flashily. In fact, such instances were used as a sort of example; how one should override one’s emotions and serve the Lord.

There wasn’t much room for negative emotion. It simply wasn’t tolerated. It was dangerously akin to doubt and no one wanted to be found guilty of going against “Biblical” Patriarchy.

Just as a pimp makes sure that all his prostitutes know exactly who’s in charge; it was crystalline clear who rules our world. Except for one thing, instead of one head honcho, each woman had her own boss to worry about. This could be comical as every head had his own rules and notions of how a wife should act. Most of the time it was a pain in the rear. There was one overriding concern, a golden rule if you will; never cause a woman to be in rebellion to her Godly Head. This was just as grave a sin if not more so than rebelling against one’s own head. A woman who even if by accident, caused her sister to stumble in the area of Godly Submission was doubly dammed. She had not only caused another woman to sin, but she herself had disobeyed her own husband since no Godly man would have consented to such an act.

Outright rebellion was rare to nonexistent; the real danger was by enjoying a liberty granted by one’s own husband it was possible to put another woman in a position of going against her own head.

Certain activities, especially those that might necessitate the wearing of pants were dangerous for example. We learned to avoid such activities at group outings. In most cases any activity that involved a group of women had to be checked through with various husbands, each of who at any time could veto their wife’s participation. This put church woman in a quandary. On one hand the men encouraged us to do things together; they wanted the wives to bond together. However, it must be in a fashion that no husband found objectionable. More often than not; it was not so much the activity itself; Patriarchal women are a tame bunch who from the occasional outing love hearth and home. It was more a question of time and in the case of outings, money and permission to travel. At the same time, no one wanted to leave another sister out, especially on a consistent basis. If lots of young children, finances or a husband’s view on where a wife should be limited to the house (her own or friend’s and family) it was safer to limit women gatherings to such confines rather than gallivant about as a group while one sister was left behind. Besides, if one woman wanted to get out, she do so as friends, outside of a church group setting.

As a result; the most frequent times together as a group were under the tutelage of our husbands; at church, at various get together at member’s homes. The men of course, thought nothing of getting together somewhere outside and away from the women. If the guys wanted to go to a rally in another state or even to check out a building locally and do so without the hassle of bringing the wife and numerous children, they would gather the women at one place where they could visit while the men went out. there was nothing clandestine about these outings; most of the time the guys didn’t want to be bothered with the mechanics of transporting large numbers of people. However, for the women to go out as a group and leave the guys behind was unthinkable.

On occasions like these, I would get irritated. The men would just decide something and we women had just better accept it. I remember during a get together when one the guys decided to go check out a building that ended up being the future church. We had all known about the place, but on a lark, one of the husbands offered to show the other guys the place that night. Only one of the guys even bothered to tell his wife where they were going, the rest were gone before we even knew it. There was no concern about how we felt being left behind. Of course, our feelings didn’t count since any wife who objected would have been grievously “out of place”. Still, we all felt a bit awkward. Even though the absence wasn’t long and it was apparent that nothing funny was going on, it still felt funny. I remember thinking that in our old secular world, it would have been considered rude to leave so abruptly and so exclusively.

Then again, such feelings were to be quashed. It was a product of the world after all….