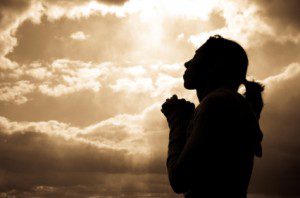 One of the saddest legacies of Fundamentalist Evangelical Patriarchal Christianity is that of the way mental illness and other serious issues are treated.

Instead of being urged to seek appropriate help for serious conditions such as depression, suicidal thoughts, eating disorders, or autism most of the time the sufferer is told by the clergy that they need to pray. Nothing else, just pray and have others pray for you.

Occasionally you will run across a pastor that will suggest not focusing so much on yourself, simply pray, help others and stop the navel gazing.

Sure, prayer doesn’t hurt anything but why only prayer for serious situations? Helping others does make you feel better some of the time but not always. Depression isn’t narcissism at work.

It’s easier, simplistic and requires no action from the blamer to the blamee. Dismisses the condition and the sufferer into a neat little box for someone else to deal with.

Secondly there are piles of empirical evidence that the type of religion practiced by the Quiverfull movement tends to devalue people. If a person has no intrinsically worth in a system, they are easily replaceable with another then there’s a tendency to treat to treat them that way. Particularly if you are a woman. The most you can expect from church leadership is a pat on the head and a chiding to be a better believer, pray and develop a gratitude attitude about the things you have. Even if you’re dealing with a situation that anyone should be able to understand is devastating, like the death of a child or spouse. Patted on the head like a willful child and sent on your way.

Since many in patriarchal circles believe that medical solutions are pure idolatry there really aren’t options for you if you’re a Quivering submitting momma. That can have tragic results like it did for Kelly Silk and her family in East Hartford, Connecticut.

The media reported on the story but in those days Quiverfull, Fundamentalism, Patriarchy and Evangelicals were thought not to be mainstream. They were considered people that probably lived out in Montana or some other rural area and they were considered harmless with their home schooling and modest dressing. But they were even in East Hartford back in 1999.

Kelly was a submissive wife who home schooled and decided to embrace Quiverfull. She and her husband Charles had three children in rapid succession with Kelly apparently suffering from postpartum depression each time. She also had an older daughter from a previous marriage.

According to media accounts Kelly went repeatedly to the pastor of her Independent Fundamentalist Baptist church, Truth Baptist Church in South Windsor. She kept asking him for help dealing with a deep depression that left  her suicidal.  This pastor told her again and again to press in to the Lord and pray, insisting that medical help and drugs were not the answer.

His lack of help for Kelly was almost criminal due to the fact that Kelly’s own mother had committed suicide when she was a child and Kelly had made at least one suicide attempt a year previously. Her depression wasn’t just some silly woman’s fancy like he treated it, it was threatening and huge.

Eventually Kelly became overwhelmed with her feelings and had a psychotic break. on June 10, 1999 Kelly Silk stabbed her sleeping husband to death before turning the knife on her nine year old daughter Jessica. Kelly poured gasoline over herself and Jessica and lit them both up. Her 3 year old, 2 year old and 2 month old children  slept through all of this. The house burned quickly and only Jessica and 2 month old Joshua lived through the ordeal.

Sound familiar, like another patriarchal mother that killed her children in the grip of a depression that wasn’t properly treated? Like Andrea Yates?

Depression and other conditions are all too real and sometimes have real and tragic consequences for those living in the Quiverfull lifestyle. There must be accountability for those that ignore the the cries for help and insist that prayer alone will ease the inner pain.

If you know someone suffering from depression or you yourself are depressed and you are being told that the best help is the Bible and prayer please know that there are better solutions to ease your inner torment.

Psych Alive has these coping suggestions for the Suicidal Person

GET HELP:
IF YOU OR SOMEONE YOU KNOW IS IN CRISIS OR IN NEED OF IMMEDIATE HELP, CALL 1-800-273-TALK (8255).
This is a free hotline available 24 hours a day to anyone in emotional distress or suicidal crisis.

One of the best things you can do in a crisis moment is go to your local ER and tell the admitting personnel that you are feeling suicidal at that moment. They will do an intake and you’ll be in a place where professionals will help you manage your depression.

Many communities have mental health clinics with a sliding fee scale based upon your income that will take anyone that needs help and they have access to different drugs that could help you. Or start with your primary care physician. It’s not hopeless and there is help regardless of what your pastor or church friends may say.

If I could wave a magic wand or were empress of the universe I’d love for clergy to say to their hurting, broken, depressed people –

November 14, 2012 When you haven't been hurt
Recent Comments
8 Comments | Leave a Comment
Browse Our Archives
Follow Us!

Pulpit and Pen Dismisses Steven Anderson News?
This very morning I got up to an implied threat on Arizona...
view all Nonreligious blogs
What Are Your Thoughts?leave a comment
Copyright 2008-2020, Patheos. All rights reserved.