Christianity and Christian Patriarchy are not the same thing

Christianity and Christian Patriarchy are not the same thing December 26, 2012 Suzanne Titkemeyer 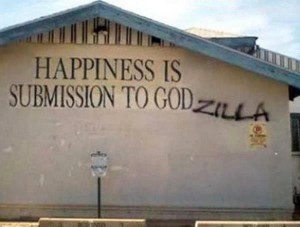 A moment of clarification: If you read my previous post and thought I was issuing a call to arms against the Christian religion, please be aware of this distinction. The Christian Patriarchy movement is a subculture that developed in the 1980s as part of the Moral Majority conservative movement, and now espouses a number of beliefs and practices that are not inherent in Christianity. These include:

-The “headship and submission” model of marriage
-Women as exclusively homemakers (no careers or college allowed)
-Homeschooling and sometimes “home-churching” to control and limit secular influences
-”Stay at home daughters” who remain under their fathers’ explicit authority until marriage
-Father-led courtship as the means by which marriages are contracted
-Anti-birth control “quiverfull” doctrine that leaves a family’s number of children “in God’s hands”
-Political activism against LGBTQ rights and abortion
-Dominionism, the belief that America must be “reclaimed” for Christ through political infiltration