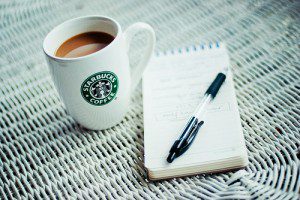 I remember back when I was going to my old church and I was having troubles dealing with a lot of the rules and regulations being preached at me. While I did keep trying to have another baby I either ignored while feeling guilty or decided something was utter bullshit while feeling guilty that I wasn’t a good believer. I tortured myself with guilt, guilt over things that seem so completely absurdest now.

Example: I worked outside of the home because that was the way my husband wanted it. Instead of telling myself that it was alright regardless of how hands on crunchy home schooling bread baking mom everyone else at the Creek was because I was honoring my husband’s wishes. I’d torment myself and tell myself that I must be doing something wrong because if  I was submitting properly and honoring my husband then he’d step up and be the patriarchal spiritual leader that everyone elses husbands seemed to be. He’d know then that I was supposed to stay home, home school, bake bread and stay sweet instead of wearing a business suit and working in an office as a professional.

Pulled two ways at once and politely criticized over every decision first by the condemning Greek chorus in my head and later by the ‘oh bless your heart!’ squad of stay at home mommas at our church. I didn’t fit in anywhere, I was twix and tween two different worlds, forced to do a high wire balancing act while still being responsible for all the cooking, cleaning and yard work while working forty hours outside of the home.

One weekend I found myself at the yearly women’s retreat just a few hours from home in a big fancy hotel. I was struggling and dealing with who I really was because of my foot in each camp and the massive guilt plus feeling that I was failing on all fronts. I remember feeling utterly alone in a ballroom filled with ladies who seemed to have it all together. I knelt and cried, praying to God, asking Him to show me who I was because I didn’t know any longer who I was. I cried a lot that weekend, this session was no different.

I didn’t hear anything. I sat down again, dispirited and tired and started idly leafing through the steno book I still to this day carry everywhere with me. I’d learned years ago that carrying one was the easiest way to stay organized for me, for the job, for the home, for the church. Jot down tasks to do, shopping lists, sermon notes, reminders, scratch them off one by one. Small enough to toss in any purse or lap top bag, always handy for writing down things to remember.

This particular book I’d grabbed had copious notes at the front of it for a comedy site I’d worked on with a few friends, some funny ideas, sketches of worship flags and paintings, funny observations on the people around me at church and work, strange little caricatures I’d drawn during long meetings. It held even lyrics and notes from worship songs I’d woken up from sleep singing.

The more I leafed through the notebook, the more I felt like God was telling me this was who I was, who I was created to be, a creative person, an artist, someone that always found the funny side of things. I started feeling much better, realizing that I was torturing myself over things.

As I started to smile our pastor’s wife asked me why I’d gone from tears to smiles in a few minutes. I didn’t elaborate about my interior struggle about my role in the universe of Fundy, I just said I’d been reminded who I was by the Lord and that your own emotions can sabotage you, they can lie to you.

I got the standard ‘take every thought captive’ lecture from her. She kept telling me that my own misery was manufactured in my own mind. All I had to do was change my thinking.

Stupid me, I believed it, stopping believing my emotions meant anything real. I questioned most of them, suppressed a lot of them. I suspect that is one of the reasons that when I left Possum Creek Church that I raged and went through such terrible pain, everything I’d not allowed myself to think about or feelings I’d turned off emerged once dear sisters and brothers in Christ made it their business to make sure I didn’t leave and if I did that I knew I was now bound for hell.

It was ugly, messy, an emotional self-flagellation that I could have possibly avoided if I’d only allowed myself to think critically about things and I had felt and owned my own emotions. It was like something I’d laid away, food left in a tupperware container out in the sun for years, what remained was awful.

What I know now and I should have known then that emotions aren’t culprits. They are just what we’re feeling, they may not even be rooted in reality but they are ours. Trying to suppress your emotions can make you quite sick. You must deal with your emotions.

Example: Right around the time we left our old church my asthma went from annoyance level to severe. I’d be exposed to something as simple as someone mopping the floor with a chemical based cleanser or smelling someone nearby eating peanut butter, or heavy cologne. My airways would shut rapidly and my throat would swell. I’d medicate immediately, sometimes using my Epipen and as the adrenaline, epinephrine and/or aburerol and other meds pulsed through my body my blood pressure would drop and I’d have a full fledged panic attack brought on by the chemical reactions taking place in my body.

The first time it happened I was flipping out because my body and my emotions were telling me I was dying. If you’ve never had a panic attack all I can say is that it feels like the end of the world. Awful. Feels like I imagine dying might feel. I felt like hiding and would sometimes climb under my desk to hide. 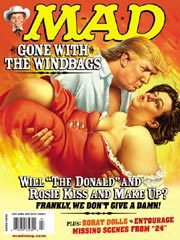 But I learned to deal with that after I learned things that helped me deal with the surging emotions being caused by the chemical reactions. I learned to keep a wicker basket under my desk stocked with a pillow, small afghan, flashlight, bottle of water, bottle of Ativan and a pile of Mad magazines. When I had an asthma induced panic attack I would give in to my desire to hide, I’d climb under the desk, take an Ativan, drink some water and lay down to read a Mad magazine till the worst of it passed. I’d tell myself out loud, “Relax, it’s just another symptom of your asthma, it’s not going to kill you and you’ll feel much better if you relax.” I’d talk myself down off that cliff.

Possibly if I had still been a member of my old church I’d have been trying to paste a big old smile on my face and tell myself to ignore the panic attack by thinking happy thoughts. Yeah, like that’s going to work. Now I acknowledge when things aren’t so copacetic and go from there. Deal with it head on.

Your emotions and your thoughts are YOURS and don’t let any pious holier-than-thou try to tell you to deny your mind and your heart because the reckoning will be terrible. Better to feel your feelings and thoughts and deal.