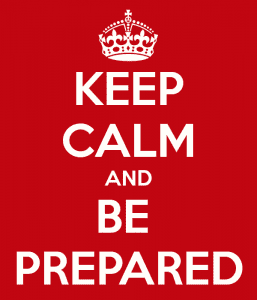 Physical preparations may be hard due to present mindset (believing to some degree in Patriarchy) and the patriarch’s control over you life. Some women are extremely isolated, broke and under a very watchful eye. Others live in conditions which counter balance each other. The key is to work around one’s own individual circumstance. Like an “escape artist” you must make a little wriggle room and slowly work to throw of the shackles.

Assets aside one must never undervalue the importance of people. This is especially true if you came into the patriarchal religion later in life. chances are you have loads of friends and acquaintances from your “old” life.

Family members often fall into this category. In the beginning you found yourself ill at ease as your beliefs drew you further and further away.

The same goes with family. Do not allow yourself to be driven away because family members don’t see things from your point of view. Let those issues go and relate on neutral ground. There’s plenty to talk about besides doctrinal issues.

Later when things get ugly, these same people will be a life saver; a network of people who care about you and not about toeing some theological line concerning patriarchy. In fact, you will find that most if not all the friendships made in the patriarchal circles melt away when you leave the lifestyle. These people were met as a result of a shared belief and chances are that was the most important and sustaining bond between you and them. When you share the same or similar beliefs, watch those friendships fade away.

Also, even within various religious, ideological journeys, you will encounter people who probably would have been your friend irregardless. You will realize this when along your journey, you end up parting ways as group A goes one way and group B goes another way. You find yourself wishing that so and so had the same views because you guys really got along. You may find yourself encountering them and despite bad blood between the two groups, you are always able to fall back into a friendly conversation. As with friends and family, do not shun these people. Maintain contact, avoid controversy and gossip. Stay on good terms with them.

I write all of this from personal experience. Even at the height of our involvement in a patriarchal church, I still had plenty of contact with friends and family. Having such a close bond with my sister, kept her as my willing and able ally. It also kept in the loop as to how things were going. I never tried to preach at her, never tried to convert her to earn brownie points with the patriarchal crowd. When I was in trouble, she and her husband were more than ready to help. Not only had a good relationship been maintained, but because we were in regular contact, they saw just how bad things were getting.

December 11, 2012
Quoting Quiverfull: How to Answer the Guys That Don't Want Courtship?
Next Post