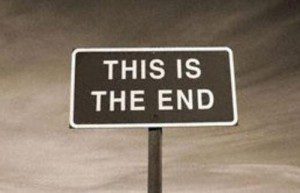 As I related in my earlier posts, my family was indispensable when I made the decision to leave my husband. So I say again; if you are on good terms with you family, keep them that way despite any religious differences! If and/or when the patriarchal experiment blows up in your face (as it did in my case) it will be your family who rallies around you.
This also held true with friends. My “secular” friends were still there to help me through the rough times.

Thankfully, I had no interest in trying to convert them and as a result, my old friends still hung around.

In a similar manner, I was easy going when it came to friends that we had made while in the Patriot moment. When my husband and I started getting involved with the heavily religious crowd, the inevitable splits occurred. I remember how so many decent people who left the Bible study group after it became a church. We who remained behind said that such people weren’t really interested in making a commitment to Christ. We dismissed their complaints about having a church with a pastor as opposed to an informal group.In truth, we thought they were more interested in discussing ideology and political issues than in studying and obeying the Word of God.

Yet unlike my husband who was distant with such people (he preferred the ultra religious crowd), I remained friendly. Sure at the time, I harbored similar thought concerning why such people eschewed our church, but I knew they were good people all the same.

It turned out that I was wrong in my assumptions. Having “walked the walk” I realized that the folks who were more into the “beans and bullets” than being in church actually had been turned off by the Pharisee ism of the church crowd. It wasn’t so much that such people weren’t really Christian it was that they didn’t believe in following a myriad number of laws in order to be right with God. As a result, these folks tended to leave belief as a matter of personal (as opposed to group conviction) and thus they preferred to study political and practical issues.

At the end of it all it was the “heathen” and “hypocrites” who turned out to be the true friends. In retrospect, I realized that these folks were just as Godly in terms of basic decency. In fact many of them were in some ways a good deal healthier than the ultra religious, ultra studied out crowd. ‘My bad’ as they say. I am just glad that my error in judgment did not cost me my friends and family.

That wraps up the friends and family portion of the essay. I tried to cover some of the physical issues. I hope that this proved entertaining if nothing else. I hope that someone who believed as I once did can use the advice even if they don’t come to the same conclusions concerning the matter that I did.

December 29, 2012 Quoting Quiverfull: Male Friends?
Recent Comments
1 Comment | Leave a Comment
Browse Our Archives
get the latest from
No Longer Quivering
Sign up for our newsletter
POPULAR AT PATHEOS Nonreligious
1