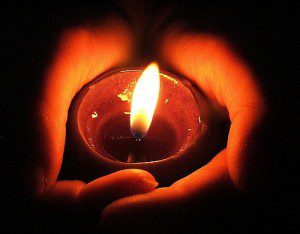 I am livid over this article.

Then, he starts in on a diatribe against Barack Obama and Eric Holder by connecting the deaths of Mexican citizens (not that Tea Party Nation gives one small crap about the citizens of Mexico) and the precious students and teachers of Sandy Hook Elementary.

It appears no tragedy, no matter how horrendous, is to be allowed to “go to waste” as Rahm Emmanuel would say. And, given the hundreds of dead Mexican citizens as a direct result of one such anti-gun scheme (known as Fast and Furious) one wonders if Misters Obama and Holder are really that broken up by the carnage

Did you catch that?  Barack Obama cried on the public stage and uttered some beautiful words that millions upon millions of Americans were thinking, looking at the tragedy through the eyes of our own children.  Birdnow forgets that, as much as he disagrees with the president, Obama is still a man, a husband, and a father – just like me.  And the fact that I disagree with the ease that killers can get a gun does not make me indifferent to the suffering of the families and the friends of the precious victims of Sandy Hook Elementary.  This is beyond the pale.

After excoriating human beings by erroneously amalgamating their deeply held emotions and beliefs as a human being with their political positions, Timothy goes on to try and connect a lack of belief in good and evil with the tragedy.  He states that we have become a nation of “criers and weepers” instead of “angry and hot as hell”.

I actually cried when I read that part.  He’s right.  We do cry.  And we do weep.  We cry and weep for those lives that are meaninglessly and tragically snuffed out by a horrible human being – that every one of us can become if we do not FEEL!!!!!!!!!!!  And by “feeling”, I am referring to empathy, love, and mutual respect for our fellow human beings.  Anger is definitely part of it, as is the case here.  We get angry when we see humans wronged.  But, Timothy, you miss the point.  I’ll put it in all caps for you because you need it.

THERE IS NO DICHOTOMY BETWEEN CRYING AND WEEPING  VS. BEING ANGRY.
None.  It doesn’t exist.  All of those emotions are part of the human condition and definitely part of the grieving process, as is the case here.  I grieve one moment for the victims and become angry for them the next.

But Timothy misses the real issue here.  He is so wrapped up in his support for unadulterated and unfettered gun rights that he thinks people who make comments about the shooter’s mental state are simply post-modernistic relativists, thinking that all victims of this tragedy, including the shooter, are to be viewed as equally suffering.  This is NOT the case at all.  And the actuality of the position of pragmatists define the very problem that we continue to face when people like Timothy Birdnow frame the argument in this manner.

That position is simple.  We don’t do enough to help people with mental health issues.  We simply don’t.  A large faction of the United States denies that mental health even exists.  I grew up in Christian fundamentalism where the answer was always the same – you need Jesus.  If you were depressed or had autism or Asperger’s or anything that wasn’t a festering sore on your right eyelid, it was all in your mind (ironically) and of the devil.

So, yes, Mr. Birdnow, we do give a rat’s rear end about the mental condition of the shooter.  But we don’t care about HIM anymore.  We are angry that he killed himself and got off easy.  But, the reality is, we care about his mental condition because we want to understand HOW TO PREVENT THIS FROM HAPPENING AGAIN!!!!!

December 19, 2012 Quoting Quiverfull: Giving?
Recent Comments
4 Comments | Leave a Comment
Browse Our Archives
get the latest from
No Longer Quivering
Sign up for our newsletter
POPULAR AT PATHEOS Nonreligious
1