Is This Modest? January 11, 2013 Suzanne Titkemeyer 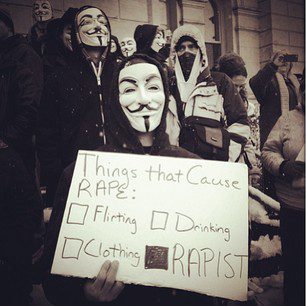 Yesterday afternoon I was doing a ramble around the interwebs when I ran across this article by Jezebel.com. It was titled “Batshit Ridiculous Modesty Website Reminds You Women Just Can’t Win” and was about a modesty website.

After I read it I started thinking I’d seen the site they referenced Is This Modest? and the name of the site owner Minthegap here and realized that Minthegap had been one of the commenters saying that No Longer Quivering founder Vyckie Garrison had an urban legend in her article posted here “Taking Her Myself” A New Trend in Quiverfull Courtship/Betrothal. Which I personally find very hard to believe, knowing Vyckie over the course of years and having her stay in my home and hang out with in the DC area. She’s very determined to portray Quiverfull in an honest and reflective manner as she recovers from the spiritual abuse she suffered and many of the readers here have suffered.

This is what Jezebel had to say about Is This Modest? –

“Is This Modest” is a website that claims to promote an open and practical dialog about modesty, but it’s actually a male-gazey compendium of creepshots of high schoolers and misogynist rants about too-tight t-shirts. Is it possible to have a sane discussion about modesty? Not if modesty means, as it does on this site, that it’s a woman’s responsibility to prevent men from thinking impure thoughts.

This type of mindset that men are beasts that cannot control their sexual urges therefore it is every women’s responsibility to keep men from lusting is insulting and belittling to both men and women. It takes any sense of responsibility from men and, per usual in fundamentalism, makes the woman always the guilty party.  It reduces men to less than human, to no better than a fancy animal.

There are others who’ve written on this subject with much more passion, intellect and discernment than I possess so I’m going to simply list those here instead of trying to spell out what some of NLQ’s Spiritual Abuse Survivor Blogs Network Members have already spoken of.

One good thing the Jezebel article did besides pointing out that it’s creepy for a grown man to have all those photos of high school aged girls posted. Shortly after they published his web address the site went down. Now it’s listed as ‘under construction’.

So what do you think? Is it really possible to have a sane and rational discussion about modesty or is it too contentious of an issue to ever be discussed?

The Patriarchal Utility of the Threat of Rape

Sierra of  the phoenix and the olive branch

How the Modesty Doctrine Hurts Men Too

How Modesty Made Me Fat

January 12, 2013 Quoting Quiverfull: Hitler, Really?
Recent Comments
12 Comments | Leave a Comment
"This is late, partly bc of my preoccupation and partly bc I'd been slowly reading ..."
Jennifer Serena’s Serenity – Luxury Hotel, Birthing ..."
"Thank you for your commitment to truth and love, Suzanne. Best wishes to you and ..."
Meredith Anne Not a Goodbye, More of a ..."
"For what it's worth, I've learned a lot from you about a Very Creepy movement ..."
Gwen Pryce Not a Goodbye, More of a ..."
"Unfortunately, this kind of satire (if it even is satire) is what gives Christianity the ..."
Emily Is Biblical Gender Roles a Big ..."
Browse Our Archives
get the latest from
Nonreligious
Sign up for our newsletter
POPULAR AT PATHEOS Nonreligious
1