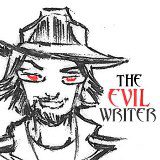 An atheist page asked those of us who were formerly religious to share our stories. This is what I wrote up.

I was raised in a cult. I do not use that word lightly. The sign outside the church said “Baptist”, but we were not part of any Baptist convocation. We were a fanatically fundamentalist sect, and I could count on one hand the number of children who were not home-schooled so they could be raised entirely within the church. The term “Quiverfull” was not really used at the time, but I see a lot of my church’s philosophy in that batch of crazy. A lot of us followed Bill Gotherd of the Advanced Training Institute, if you know who he is. My family was one of them.

I was always very clever, much to my parents’ chagrin, but unlike many eventual atheists I never questioned what I was taught. I believed it all. Hence the parents’ chagrin, because their hypocrisy rankled me. Did they not know that with every act of hypocrisy they were betraying god? I could quote massive amounts of scripture (still can), and, so I thought, tear the arguments of Darwinists and Satanists apart (by which I mean Jews, Atheists, Muslims, Catholics, Anglicans, Lutherans, and anyone else who was deemed not sufficiently close to our beliefs).

It is laughable now how ignorant I was, but I was raised in an environment where the only opposing views I encountered were strawmen, carefully constructed just so godly boys like me could tear them apart.

I mentioned my parents’ hypocrisy caused trouble between us. Do not think this means they were moderate. No. They were fanatics just like the rest of them. Psychological abuse was the order of the day, and they made sure I understood that everything bad that ever happened to me was my fault. And since I knew my bible ever-so-well, I believed them.

Around my teenage years I started experiencing my first bouts of nerve-wracking guilt and depression. My mother made the stupid decision of taking me to see a counselor. This was incredibly stupid of her, because of course any counselor would immediately see that I was not the problem, or at least not most of it. The idea that my parents, my perfect, god-appointed parents, could ever be wrong hit me like a ton of bricks. The last year of my teenage life was not good. I went to Bob Jones University (so help me, it was my own decision to go there, I was a good brainwashed zombie after all).

Over my first Christmas break my parents, long since tired of their son, decided to kick me out, not paying for college any more. My dreams of being a Christian academic, the task I felt my clever mind was best suited for, were shattered, utterly ruined. They would later claim to their friends that they offered many times to send me back to college, and I refused. This is just one of many lies they told about me.

I still attended the cult, of course. All that experience taught me was that my parents were not true believers, for what true believers would ever do that to their son? I have always been a good singer, and I loved singing in the choir. Then the choir master told me that, due to my “rebellion”, I was no longer qualified to perform any such functions in the church. That was my last visit except for a few special occasions.

It was that shock that made me realize that not just my parents were wrong, but the whole cult was. After all, I was the victim, but they pretended I was the problem. I was still Christian, very Christian, but I knew I had been taught lies. So I started on a quest for truth. My reasoning was that god is truth, and so looking for truth would bring me to god. That was when I ran into a lovely community of religious people of many faiths who were more than willing to deal with a little fanatic desperately in need of deprogramming. Their patience, and their keen logical arguments, brought me out of Christianity and, after a brief dalliance with paganism due to still believing in magic, I finally achieved some semblance of rationalism.

In many ways my thinking is only thirteen years old (all this happened in 2000/2001). I still run into things I believe are true, that I was taught were true by the cult, that are absolutely wrong. I used to think, “Well, it was psychological abuse and religious bullshit, but at least my EDUCATION was good!” Then I discovered even my education was horrible, sub-par in almost every category, even those that do not have any clear ties with religion (the sheer list of classic literature I have never read because they had an “un-Christian” message is staggering, a list I am constantly working to shorten). But luckily I’ve always been clever, so I’m getting by and learning more every day.

One day I’ll probably write a book about all this. As of the last time I spoke with my parents (two years ago), they were still under the impression that they had been good parents. All I can figure is that having god on their side helps them avoid actually thinking about their lives. I am still in communication with many of my old friends from the cult. Many of my generation have also left the cult for one reason or another, though most of them remain good Christians, if slightly less fanatical.

I have found that my experiences, being an actual believer who did not question the cult-think, have given me a certain degree of insight into the religious mind, and now that I am free of the misinformation and lies of the cult my in-depth religious background only makes me more firmly an atheist. Otherwise, I can think of nothing particularly good that came out of that nightmare.

As a writer, I feel like I should tie this up with some kind of message. So here you go: Keep talking to people. Keep being patient with them. The religious are not stupid, they are only horribly misinformed and misled. Most of them are victims of indoctrination and brainwashing. But I am living proof that even the most fanatical religious person can eventually come to reason, if shown enough patience and actual truth.

(Editor’s note – My apologies to the readers yesterday. This was supposed to be posted, not the bit on atheism/agnosticism. I’m blaming my mistake on Beyonce and the Super Bowl. Sorry about that! Welcome to NLQ Jeffery!)

Jeffrey Witthauer is a freelance writer, evil overlord and aspiring novelist who lives in Tennessee

February 5, 2013 Quoting Quiverfull: Protective Culture?
Recent Comments
8 Comments | Leave a Comment
Browse Our Archives
get the latest from
Nonreligious
Sign up for our newsletter
POPULAR AT PATHEOS Nonreligious
1