The Burqa Experience: Getting Groceries 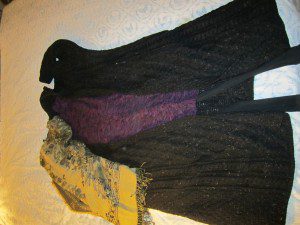 Today I decided to venture out to my local favorite grocery store wearing a hijab. I’ve not gotten brave enough to wear one of my abayas along with a hijab, niqab or burqa yet. Based on the reaction I got in Collinsville, Alabama I’m almost afraid to do it now. As much as I’d like to see how it feels to completely garb up in public I still have a huge amount of anxiety over it.

But there is much less fear because I have seen ladies in abayas and hijabs in my local grocery store and stopped a few of them to talk. Only in the last few months have I realized we do have a small Muslim community within our town. The ladies I’ve talked to and the ones I’ve befriended have been gracious to me in the face of my own ignorance and questions. I’m not sure I’d be capable of being quite so open and kind if they were questioning me back in those days when I used to wear a long jumper paired with a loose blouse and a long braid.

Yes, yes, over a length of time during my years as a fundamentalist – evangelical submitting wife I’ve worn the saggy jumper ubiquitous in the home schooling brigade. For awhile I had some Mennonite style caped dresses but most of the time I was in the old church I wore long skirts, modest loose tops and my hair down. I know what it’s like to be set apart from everyone else by the virtue of what you’re wearing your your body. I’ve dressed at one time or another like all these photos below. 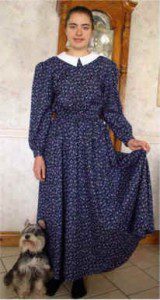 I’m not naming the store merely because a) I have to keep living in this town and b) I don’t want the management of this store getting onto the employees involved. The employees cannot help their gut reactions, positive or negative.

It was fine at first. I drew some of the stare/glare/ignore I’ve gotten each time I veil and go out into the public sphere and I’d mentally prepared myself for that. It’s such a common thing I’d started to realize.

At one point in the store a very rural man and his wife behind me in the aisles started to mutter out insults sotto voice, saying things like murderin’ terrorists and A-rabs had no place here with decent folks and things of that ilk. I ignored them, which was hard, because usually when I run across someone acting like that in public I will say something to them and they shut up. Not this time.

I did speak with a few ladies, asked questions about products or if they knew where things were placed in this store and was treated nicely, like you’re usually treated in a store. No one was openly rude to me.

One of the store managers was putting out a big display of spring and summer items and I asked him how much a certain item was going to run. He was very friendly, called up to check on the prices I asked, told me the price and said, ‘It’s gonna be on sale soon and I know you folks like your bargains.. so just wait… and tell all your buddies at the homeschoolin’ group.”

He had mistakenly identified me as a head covering Christian! A home schooling head covering fundamentalist mama! I had to bite my tongue to keep from laughing as this is definitely not what I expected at all. The hijab that I wore looked like something from the Middle East (it was from Egypt), not the usual small cheap kerchiefs I’ve seen the local Fundamentalists use as a head covering. Plus, let’s be truthful here, I’m dark, olive toned-skinned between my Cajun blood, Native American blood and being LBJ (a little bit Jewish). Once the head scarf goes on I don’t necessarily look white!

But when I got over to self checkout I could not get the cashier on duty to help me. Usually when I’m going through their self checkout the cashiers will rush over and put a sticker showing that I’d paid for the item right away when it’s obvious it’s too big for a bag. It was slow and she could have easier done this. Several times I tried to motion her over to ask something and she turned her head and ignored me. Finally after I checked out I walked over to her with my cart and asked for one of the stickers. She put it on the item without a word. Hmm.

The biggest hander-outers of the stare/glare/ignore seemed to mostly be large families dressed like they’d just come from church. That was surprising to me as I figured Christians might be more open to seeing someone dressed in a way that suggests that they seek to honor God.

It’s interesting that each time I put on the hijab I feel a weird combination of invisible and jarring exposure, like a glowing ruby on a field of freshly fallen snow. Feeling a vulnerability that I’m not used to as well since usually I feel safe and very confident as I move through my daily errands.

Calulu lives near Washington DC , was raised Catholic in South Louisiana before falling in with a bunch of fallen Catholics whom had formed their own part Fundamentalist, part Evangelical church. After fifteen uncomfortable years drinking that Koolaid she left nearly 6 years ago. Her blogs are Calulu – Roadkill on the Internet Superhighway and The Burqa Experience 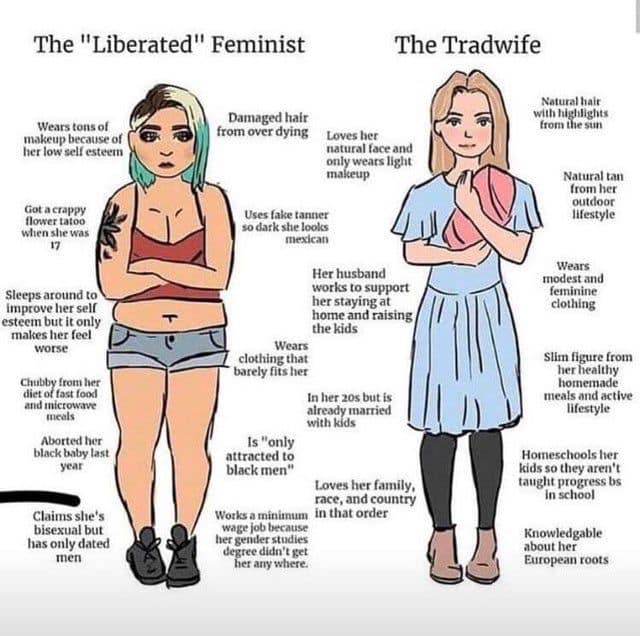