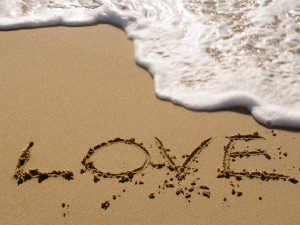 By the time I was a sophomore at an extremely conservative Christian college, I had gone through twelve years at an IFB church and been manipulated and bullied by quiverful and patriarchal teachings. My family had been excommunicated from the church, and friends I had considered a part of my extended family shunned us – – I was also forbidden from ever speaking to my best friend, the pastor’s daughter, again. However, I was going back to the same type of environment that had caused all of that trauma, although I didn’t really see it that way at the time. At least, at college, I could sit at the same table as a boy, wear knee-length skirts without being termed a “woman of the night,” and I could be among people who thought that music was important to worshiping God.

Looking back, though, while those “freedoms” seemed huge and I enjoyed the “rebellious” nature of some of the decisions I was allowed to make, I really had no idea that the environment at school was just as spiritually oppressive as the environment at church. And what I also didn’t realize, at the time, was that everything about my faith was about to fall apart and make me vulnerable to more violence and abuse (in another year, I began “courting” a young man who was abusive in every way possible). I didn’t know what to think about my faith– so much of it had been based on what it “looked” like, and my “standards” for those were unraveling rapidly. I was confused, lost, and broken. I didn’t know if I was “saved,” and I didn’t know if I could go on believing in God.

At least, not the god I thought I’d known.

I wasn’t allowed to truly escape my abusive environment– the college I went to required inescapable church attendance, and even when I was home, the church my family attended after leaving the cult wasn’t much better. It was still IFB, and still patriarchal. Women could wear pants, but nothing real had changed. Not attending church was never an option– but I did disengage.

Everything about God, faith, or spirituality no longer seemed to matter to me. I couldn’t bring myself to care about anything at all remotely religious. I went through the motions, and I think if you had asked anyone who knew me at the time they would have said that I was fine. Healthy, even. My sophomore year was the year I met one of my best friends, and I even helped “disciple” her a bit. Since this time in my life, however, it’s become possible for me to label depression in my own life for what it is, and this was one of those times.

I could barely drag myself out of bed. I stopped caring about anything to do with fashion, as clothes (“standards”) represented a lot of the evil I was struggling with. My personal relationships fell apart–some, quite violently. One friendship ended when she slapped me across the face, and another friendship ended when she tried to punch me in public. My grades fell, I started losing weight, and I was constantly returning to my room to sleep. At one point, when I was at the campus clinic, the nurse there wisely asked me to fill out a questionnaire. After I’d filled it out, she tried to gently tell me that I was depressed, but I scoffed at the very notion. Christians can’t get depressed, didn’t you know? We have Jesus, and depression is only demonic oppression. A depressed Christian is an oxymoron, and one who takes anti-depressants is at the very height of sin, because he would be rejecting Jesus and turning to the “world” to fix his problem.

Toward the end of my sophomore year, a few things happened. One of them was that I decided that “being a Christian” had to mean something different than what I’d always thought. What I was feeling, what I had to drag myself through every day, just could not be right.

I have no idea what brought me to that realization. There was no epiphany, no chapel message, no gentle urging from a friend to start seeking answers. I went from not-knowing-or-caring to thinking-and-caring gradually, in a process so slow it is impossible to see, even now. But I remember waking up one day, and feeling something more, something beyond, and I knew that my answers lay completely outside anything I had heretofore experienced.

I’d grown up in an environment that idolizes spiritual leaders– in an interesting twist of fate, IFB folks are more sola ecclesia than Catholics– and, in that environment, it’s difficult to have a “personal relationship with Jesus Christ,” even though they are constantly admonishing us to do so. This is largely due, I think, to the very public nature of Christianity in IFB circles. Everything we do is judged as objectively as possible, and I understand the appeal of that. Subjectivity means that there will be gray areas and uncertainties, and “personal” is synonymous with “subjective.” It’s really nice to have an objective trump card that you can throw out with a triumphant “ha!” Ironically, bandying around words like “abomination” are comforting, simply because of the absolute nature of the rhetoric. IFB teachings limit our faith to public spheres– dress, behavior, community, church attendance, how much you “amen, preacher!” during a service, whether or not you show up for “door-knocking” evangelization nights, and a whole host of other things.

But what I realized, slowly, is that if I am to have a personal relationship with Jesus Christ, it can only be just that. Personal. Subjective. Different. Unique. Relative.

Since then, I’ve come to realize that I, myself, was racist . . bigoted . . . sexist. I “believed” in all the trappings of conservative evangelicalism, social and political. Even after I knew there was something wrong with the way I was raised and started fighting against it, all my areas of rebellion were incredibly shallow. I bought pants, I watched the Harry Potter films. Nothing very much important changed.

Until I graduated from that horrendous college, and went to graduate school. There, I started encountering ideas. How socialism could, unbelievably, be the most biblical form of government. How women are actually people and capable of forming their own judgments. I learned about St. Augustine’s essentials of the faith, and I learned about how gnosticism and dualism warps our perspectives.

I learned to say that “God is love,” and, for the first time in my life, not have to qualify it by following up with “but he is also holy and righteous” (as if, somehow, his holiness diminishes his love).

God is love. God is good.

It’s amazing how two such simple statements can completely transform a life when they are finally understood.