As Innocent As Babes 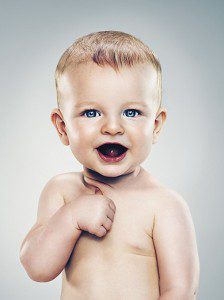 One of the big stumbling blocks for me during my time in the Fundamental/Evangelical church was the belief in original sin in babies. Sure, it’s possible to be conceived of sin and born of that same sin, but I could never believe that a newborn baby was sinful, born filled with sin that had to be trained out of that child. But in my group I seemed to be one of the few that thought that way.

Even the prominent teachers we followed taught that sin began at birth and the sin nature of a baby must be mastered lest you become a slave to a demanding infant being spoiled and ruined. Start from the beginning, do not ‘coddle’ your child by picking it up every time it cries, let it learn to comfort itself if it wakes in the night fussy.

Scripture speaks of humans as unrighteous from infancy
There are also verses which declare that we are all unrighteous from the time that we are born. Proverbs 22:15 says “Foolishness is bound up in the heart of a child.” Genesis 8:21 declares, “…the intent of man’s heart is evil from his youth.” Jonathon Edwards, in his classic work The Great Christian Doctrine of Original Sin Defended, remarks that on this verse: “The word translated youth, signifies the whole of the former part of the age of man, which commences from the beginning of life. The word in its derivation, has reference to the birth or beginning of existence…so that the word here translated youth, comprehends not only what we in English most commonly call the time of youth, but also childhood and infancy.”

After having held my own newborn babies, held those tiny sweet bodies next to mine, felt the soft skin, smelled that fresh baby smell there wasn’t anything I could sense that was ‘evil’ or ‘sinful’ First smiles, laughs and even the fussy times weren’t sinful, just normal reactions to stimuli. Utterly dependent on their parents for everything, good or bad.

Instead of considering every baby and child a vessel filled with sin I wondered what evidence those advising that children were to be mastered to help them not sin held?  Most of the books on child training I read in those years, To Train Up a Child by Michael and Debi Pearl and Growing Kids God’s Way by Gary Ezzo, , seemed only fixated on controlling the child and/or inflicting physical punishment against just about all expected and normal behaviors. But no one seemed to be able to exactly explain the ‘why’ in why they thought babies were born sin-filled.

Last week an article crossed my desk from the Smithsonian Magazine about some exciting research being done at Harvard University. In one of the university labs some young doctors are studying at what age do babies develop morality and ideas of good and bad. Turns out it’s much earlier than we thought, at a time when it would have been almost impossible for the parents or society to have taught the child much of anything. Which begs the question, are we actually born with a sense of right and wrong, of fairness and unfairness, straight out of the womb?

The Yale Infant Cognition Center is particularly interested in one of the most exalted social functions: ethical judgments, and whether babies are hard-wired to make them. The lab’s initial study along these lines, published in 2007 in the journal Nature, startled the scientific world by showing that in a series of simple morality plays, 6- and 10-month-olds overwhelmingly preferred “good guys” to “bad guys.” “This capacity may serve as the foundation for moral thought and action,” the authors wrote. It “may form an essential basis for…more abstract concepts of right and wrong.”

The last few years produced a spate of related studies hinting that, far from being born a “perfect idiot,” as Jean-Jacques Rousseau argued, or a selfish brute, as Thomas Hobbes feared, a child arrives in the world provisioned with rich, broadly pro-social tendencies and seems predisposed to care about other people. Children can tell, to an extent, what is good and bad, and often act in an altruistic fashion. “Giving Leads to Happiness in Young Children,” a study of under-2-year-olds concluded. “Babies Know What’s Fair” was the upshot of another study, of 19- and 21-month-olds. Toddlers, the new literature suggests, are particularly equitable. They are natural helpers, aiding distressed others at a cost to themselves, growing concerned if someone shreds another person’s artwork and divvying up earnings after a shared task, whether the spoils take the form of detested rye bread or precious Gummy Bears.

This all sounds like cheering news for humanity, especially parents who nervously chant “share, share, share” as their children navigate the communal toy box. Indeed, some of these studies suggest that children’s positive social inclinations are so deeply ingrained that it doesn’t matter what parents say or do: A Harvard experiment, nicknamed “The Big Mother Study” (as in Big Mother Is Watching You), showed that small children helped others whether or not a parent commanded them to help or was even present.

..which makes a lot more sense to me that thinking that babies are sinful creatures to be mastered. If this research continues and proves conclusively that morality is hard wired into people from the womb will it affect the rhetoric of the control your child bunch lauded by the fundamental/evangelical Christian groups?

Calulu lives near Washington DC , was raised Catholic in South Louisiana before falling in with a bunch of fallen Catholics whom had formed their own part Fundamentalist, part Evangelical church. After fifteen uncomfortable years drinking that Koolaid she left nearly 6 years ago. Her blog is Calulu – Seeking The Light  and The Burqa Experience

March 18, 2013 Quoting Quiverfull: Feminization
Recent Comments
11 Comments | Leave a Comment
Browse Our Archives
get the latest from
Nonreligious
Sign up for our newsletter
POPULAR AT PATHEOS Nonreligious
1