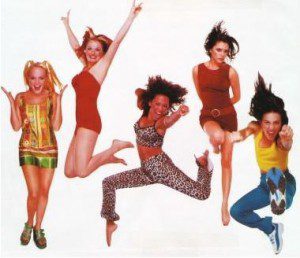 “Tell me what you want, what you really, really want..” – The Spice Girls from their song “Wannabe”

One of those many things I’ve come to view differently after leaving Patriarchal Fundamentalism is the tendency of those I was around to blame shift.

Wrap your car around a tree? Must have been demons, the weather, the poor condition of the road, it couldn’t have possibly been the fact that you’re filled with enough brewskis to fill up a motorboat, could it?

Going bankrupt and losing your home? Couldn’t possibly be that you have thousands in credit card debt, no job because you think God told you to quit your job and wait for His ministry calling along with giving that preacher all of your few incoming dollars? It’s a plot from the pit of hell.

Now let someone else outside of the Fellowship get cancer and these same ones will point and whisper that it’s unresolved bitterness the cancer sufferer actually has, they brought it upon themselves.

Very very seldom, like your chances of getting boinked on the noggin by an asteroid, have I ever seen anyone at my old church admit that whatever happened to them is actually their own fault. That actions have equal consequences, for good or bad.

I realize this problem of not manning up and taking responsibility for your actions is also a big problem outside of the church too. It’s one of the big markers for Narcissistic Personality Disorder. It’s ever more prevalent in our modern society where everyone is just a precious snowflake whose fragile self esteem might be crushed by taking the blame for something going haywire.

Just look at our politicians, for example, everyone from Sarah Palin to the unfortunately named Anthony Weiner and his Weinergate. The only time they take responsibility is when it’s beyond obvious to everyone in a million mile radius that they’ve screwed up. They too will not man up and admit what they’ve done right up front and that’s unfortunate. Blame Shifting is the new black!

Last week I got a phone call from an older lady named Barbara I used to go to church with at the old Fundi-Gelical Church Barb called because she was madder than a wet hen stuck in a washing machine on spin. First Barb asked me to come back to FGC, actually she begged me to come back. I sighed, sat down, reached for a cup of coffee and explained yet again why I left and why I thought that going back would be poisonous for my soul

I don’t know what I was expecting. I knew better than to expect the verbal equivalent of cupcakes, sprinkles and fairy dust. I was expecting her to issue a cold, ‘I see’ or a lecture on turning away from the idolatry of mainstream denominations. But that’s not what happened.

When Barb spoke it made me spit my coffee out all down the front of my t-shirt and bite my tongue to keep from saying something outrageous. She told me that I and my pals that had left FGC, were fully responsible for the demonic activity there. She proceeded to lay out how she thought we should have stayed and prayed away the control freak types, the infighting, the whole catastrophe that had gone down this last eight months since the Pastor left. According to her logic we all just gave up and handed over our power to the demon-addled. Prayer warriors should have taken this down immediately!

I wanted to tell Barb that many of us had been praying over the church and the things that needed fixing for quite a long time now.

I let her vent and cry for awhile before I gently reminded her that Pastor was the one that really bore the majority of the blame since he’d known what lay beneath the surface with the troublemakers and refused to deal with it for ten plus years. Those of us there might have suspected but didn’t know for sure the things going on behind the scenes.  He’d failed to nip the control freaks in the bud, ignoring some of the things they’d done through the years that all of us should have seen as warnings to the future. He left the church with no one in charge, which spun into this mess.

That leaves Barb sitting in the pews without saying one word about how ‘wrong’ anything is except to those who have fled. I feel for her but she’s not operating in reality. She ended up calling a number of us that had left FGC though the years and blaming them as well as me for the church split. I haven’t even been a member for over five years now so I’m not even sure how I’m roped into the blame.

Barb also kept talking about how the eldest elders wife, Belinda Waltrip, was scary with her recent changes. I never could figure out what Barb meant and she wouldn’t elaborate except to say Belinda had morphed into something ‘worldly’ in response to her husband being in control there now. That was our fault too because we didn’t pray away the demonic infestation.

Now I’d known Belinda for at least a dozen years and she’d always been kind to me, even as I left that church. She’d always been gracious to me when I did run into her. But I’d heard that she and her husband, eldest elder, had announced they were leaving FGC only to reverse their decision in the middle of the service honoring them as they left. The Pastor announced his own leaving while handing over a very expensive gourmet basket to Belinda and Eldest Elder. They immediately announced they had ‘changed’ their minds while everyone at church looked on in surprise. They then became the driving force in running off my friends that had all participated in the Toronto Christian Airport Fellowship conferences and the teachings and conferences held at Life Center Church in Harrisburg, Pennsylvania. Eldest Elder used dirty tactics, scolding and public shaming along with Belinda’s whispering campaign to force people to leave and making the church morph back into something very Assemblies of God/Independent Fundamentalist Baptist churches.

Later that week I got a chance to see first hand what Barb meant. A friend of mine and I went shopping and in the parking lot of a dept store we saw Barb. Both of us smiled, waved and said hello from about four spaces away. Barb didn’t acknowledge either of us beyond a look of panic that crossed her face. She turned from us and started to dart away towards the store.

As she ran from us as if we were carriers of spiritual Ebola I noticed a very dyed teased blonde head emerging from the car. This unknown person was beautifully made up and worn the latest in tottering high heels and a very flattering mini dress. As the face turned towards me I realized I did know this person. It was Belinda Waltrip, about as changed from her former appearance as a sixty plus year old genteel librarian to..err.. um.. something as diametrically opposed as you can get. She was dressed and styled not too dissimilar to former Spice Girl Victoria Beckham.

Belinda glared at my friend and I as if we were personally responsible for all the evil in the world and then swiftly followed Barb into the store.

My friend chuckled as they fled, “Well, well, well… I think we just received the Royal Snub.” and I busted out laughing before adding, “By Bible Spice!”

We spent the rest of the afternoon and night giggling and inventing Spice Girl names for Belinda as well as wondering the ‘why’. Especially since during the actual heyday of the Spice Girls anything that wasn’t a frumper was viewed as worldly at FGC. The dress code loosened up considerably but not like that.

She was ‘Righteous Spice’, ‘Hypocrite Spice’, ‘Pastor Spice’, ‘Old Spice’ and a pile of other names we could think up. It wasn’t a very nice thing to indulge in but… it felt freeing.

Oh, I remember when the Spice Girls came out and our church’s reaction well. Laura loved them, listened to their music and had all sorts of Spice Girls accessories. But we had to be careful she took none of them to church because Pastor and others had spoken that they were corrupting the world. I’d listened to the music with Laura and only heard bright happy pop. Yeah, so the clothes were on the revealing side but the message of girl power seemed to me that it was something young girls needed to hear. So we ignored the warnings about the Spice Girls and allowed Laura to have the CDs and bubble gum. Pure pop entertainment. I knew it would be a passing fad but not responsible for the downfall of Western Civilization. I guess my views make me a pretty bad Fundamentalist Mama but I think I can live with that.

I’m still confused as to what Belinda’s change meant but rather than putting the blame where it goes Barb had somehow lain that at the feet of others too.
Yeah, blame me, I’m used to it by now.

(Editor’s note: This was written about 18 months ago. Meant to publish it long ago..Whooops! I would love to see if Bible Spice is still styling and profiling but we move in different circles now.)

Calulu lives near Washington DC , was raised Catholic in South Louisiana before falling in with a bunch of fallen Catholics whom had formed their own part Fundamentalist, part Evangelical church. After fifteen uncomfortable years drinking that Koolaid she left nearly 6 years ago. Her blog is Calulu – Roadkill on the Internet Superhighway  and The Burqa Experience

March 4, 2013 Quoting Quiverfull: The Weaker Sex?
Recent Comments
1 Comment | Leave a Comment
"There's a few fairly extreme right wingers here in the UK that have genuinely flipped ..."
Iain Lovejoy Did the Trump Campaign Shake Down ..."
"I've wondered how "christians" can support Trump? Such a mystery. This article helped explain some ..."
greeneyedpea Explaining Bethel Redding and the Blaming ..."
"John Fea's site has excerpted an interview that the Chronicle of Higher Education (CHE) did ..."
Friend Did the Trump Campaign Shake Down ..."
"My two-cents is that Liberty U's Board has been getting more and more aware that ..."
Mel Did the Trump Campaign Shake Down ..."
Browse Our Archives
get the latest from
No Longer Quivering
Sign up for our newsletter
POPULAR AT PATHEOS Nonreligious
1 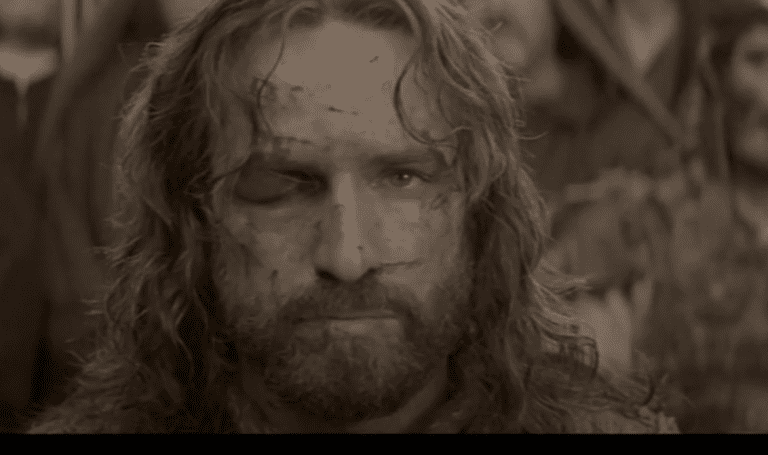