Does Jack Schaap Deserve to Go to Jail? 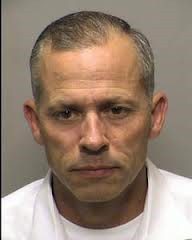 If you are unfamiliar with the Jack Schaap story, please read these posts.

In a few weeks, we will all learn exactly how long Jack Schaap, disgraced Independent Fundamentalist Baptist (IFB) pastor of First Baptist Church of Hammond, Indiana, will be behind bars.  Some people think Schaap should be castrated and locked up for life. Others  think  Schaap is a good man  who did one bad thing and shouldn’t receive a long prison sentence.  A few people think that the good Schaap did outweighs his one bad act and he should not be imprisoned at all.

I am quite indifferent to the question of what punishment Jack Schaap should receive.  Schaap broke the law and he should be sentenced according to what the law prescribes for such and offense.  Schaap  should not receive better or worse treatment because of who he is.

I want to give my opinion on several issues that continue to swirl around Jack Schaap, the girl he had sex with, the ethical requirements for professionals that deal with  public, and the legal process as a whole.

First, I don’t believe that Jack Schaap’s  behavior is an isolated event. I don’t think for one moment  Jack Schaap got up one morning and said, I think this is a good day to have sex with a seventeen year old girl in the church I pastor.   In cases like this, there are almost always other illicit acts and behaviors that led up to the person doing what they did.

Second,  Jack Schaap is old enough to be the girl’s father or grandfather.  The girl is a young woman but not a grown woman. She  attended First Baptist Church in Hammond and went to the Christian school.  We do not know how wise she was to the things of the world. Knowing what I know about Independent Fundamentalist Baptist churches and their schools, it is quite possible this girl was naïve about sex and the fact that when men old enough to be your father or grandfather start sniffing around you, you should run.

Third, to suggest the girl “seduced” Schaap is ludicrous.   Jack Schaap is a grown man and he could have kept this from happening.  The fact that he didn’t proves the old adage, a stiff prick has no conscience.  (This reminds me of the Tina Anderson case)

Fifth, in most states, when a doctor/pastor/counselor/teacher/professor or any other person in a place of authority has  a professional relationship with a person they can not use that relationship to take advantage of the person.

While these laws are often ignored or misapplied, they do exist to protect people from being manipulated into doing things they wouldn’t normally do.  Schaap, as a pastor who counseled countless people, knew the ethical rules that govern the relationship between the counselor and counselee and he ignored them.

Illinois law states that professionals are forbidden from having sexual relationships with their clients:

The commission of any act of sexual misconduct, sexual abuse or sexual relations with one’s client, patient, student supervisee or ex-client within 24 months after termination of treatment;

Indiana law states something similar in detailing impermissible sexual conduct between the professional and their client:

These statutes forbid any sexual contact regardless of age, Granted these are not criminal statutes that could result in an offender going to jail. A professional found guilty of violating these statutes would likely be reprimanded, suspended, or have their license revoked.

Here’s the problem in most states; pastors are exempt from licensing requirements. Pastors are free to counsel church members on anything they want and don’t have to be licensed to do so.  In most states, pastors are required to report sexual or physical abuse but, even then, they often hide behind the notion that the relationship between a pastor and a church member is sacrosanct and any discussion between them is privileged.

Personally, I think pastors should be licensed in order to counsel church members on ANYTHING other than spiritual matters.  Unfortunately, in the IFB church movement, pastors are treated as demigods who are endued with knowledge on every subject known to man.

I can’t tell you the times I gave advice on matters I had no business giving advice on.  It was expected of me…I was God’s chosen man, and armed with an infallible Bible and powered by the Holy Ghost, I dispensed advice on everything from sex to running a business.

I am shocked by how  the devoted followers of Jack Schaap still try to defend or justify his behavior.  They have drunk the IFB Kool-Aid that Schaap’s father-in-law Jack Hyles started serving 50 years ago.  They can not see that the men they revere are anything but gods and that there is no difference between Ted Haggard, Jimmy Swaggart, Jack Hyles, David Hyles, Bob Gray, or Jack Schaap.

If there is one piece of advice I could give to people who are members of IFB churches it would be this: RUN!! There are healthier forms of Christianity that you could be a part of.  See a professional counselor and get some help. Long term exposure to the IFB does cause emotional and mental damage.  You may not see this…but your counselor will. (and don’t seek out a Biblical counselor. They will only reinforce the belief system you are trying to leave)

When men like Schaap spend decades being treated like a demigod, it is easy to see how their morals and ethics get twisted. They begin to really think they are God’s man and that they can do no wrong. It is not too hard then for them to justify having sex with a young girl they have a professional relationship with.

March 11, 2013 Quoting Quiverfull: Not a Coincidence?
Recent Comments
32 Comments | Leave a Comment
"This is late, partly bc of my preoccupation and partly bc I'd been slowly reading ..."
Jennifer Serena’s Serenity – Luxury Hotel, Birthing ..."
"Thank you for your commitment to truth and love, Suzanne. Best wishes to you and ..."
Meredith Anne Not a Goodbye, More of a ..."
"For what it's worth, I've learned a lot from you about a Very Creepy movement ..."
Gwen Pryce Not a Goodbye, More of a ..."
"Unfortunately, this kind of satire (if it even is satire) is what gives Christianity the ..."
Emily Is Biblical Gender Roles a Big ..."
Browse Our Archives
get the latest from
Nonreligious
Sign up for our newsletter
POPULAR AT PATHEOS Nonreligious
1