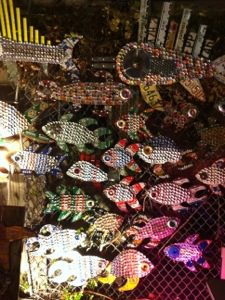 I was talking with a homeschooled friend the other day who was raised fairly similar to how I was, with a more structured and less impoverished environment, and we were sharing stories. This and a few other things got me thinking. We both went on to higher education, got our masters degrees. The conversation between us turned to whether homeschooling was preferable to public schooling. While the homeschooling environment was very oppressive and abusive for us both, we each had access to classic literature and read voraciously as a coping mechanism. Favorite books would be read 3, 4, 5, sometimes 6 times over. I think this intensive, almost obsessive consumption of the written word is one reason why a number of former homeschoolers who have had neglectful educational environments can often write eloquently, in an almost old-fashioned way.

Still, I am sure there are many more who did not get into reading like this and whose voices are not being heard. I knew a homeschooled kid who could barely read or write when he was a preteen, but could repair everything from lawnmowers to electronics just by self-taught tinkering. I often wonder what became of him. I would like to find some of those people too, and feel that those of us who write stories should help them write theirs, share theirs. (Then maybe they can help us fix that jammed door or the broken old-school Nintendo game set in the basement.)

Anyway, so my homeschooled friend and I discovered that despite the problems and the loneliness, we both cherished certain aspects of what we learned as homeschoolers, largely left to our own devices, and we both felt that if we had been sent to public school as little kids, we would not be who we are today, that we wouldn’t value the same things. He was homeschooled the whole way through, so he also expressed concern that he would have been bullied for a health condition in a public school. I told him that I was bullied when I started high school initially, not for any health condition, just for being socially backwards. A few aspects of the bullying I experienced were rather bad (like someone putting gum in my hair once), but most of it was just incredibly awkward. There were many gaps where I tried to connect and failed painfully, many awkward and lonely times before I found friends to eat lunch with and learned social norms. (See Lindsay Lohan’s movie Mean Girls, which accurately captures the feeling on homeschool to high school culture shock.) It lasted almost a year and by then I was seen as properly integrated so it stopped.

So I told my friend that I thought the bullying would have been a bearable phase for him and that the main risk I saw from public school was absorbing the lack of enthusiasm about learning and knowledge endemic to a typical middle-of-the-road public school. He would have learned a lot of different things, but he wouldn’t have likely read all those books that have informed his hopes and dreams because they would not have been assigned, and if they had, depending on what kind of school he went to, by then he might have already been trained into not caring.

Most people I knew in public school only did the assigned work and the bare minimum at that. I guess this is normal, but it was shocking to me – I fought so hard to get an education, then ran into others’ lethargy about learning, an expressed desire for good grades without putting in the work, and widespread dependence on the grade book and teachers’ expectations for self-worth. I think it was much more a problem with the system than the people, although some people certainly stood out in both good and bad ways.

I took honors and advanced placement classes because I had the drive and ability to, so I met and became close with friends who felt similarly about the value of knowledge as I did. I had some good teachers who taught me a lot and who I still love and respect, and a principal and an assistant principle who supported me and tried to integrate me as much as they were able. I also had a terrible guidance counselor, one who knew I grew up poor, and after I’d taken the ACT and made a 25 (a good score), crisply noted that being on the B+ honor roll didn’t mean I was in the top of my class, and then she told me “college isn’t for everyone. There’s community college and trade schools.”

I sent my guidance counselor’s negative comments into the same mental trash bin I reserved for my parents’, so I naturally assumed other people wouldn’t take her seriously either, only later realizing they might not have had a lovable old military grandfather talking to them about degrees and high-powered careers, counteracting her negative message.

Maybe it should not have surprised me back then that certain classmates of mine who also grew up poor but were by all standard metrics very good students (certainly better students than me), went on to work at Wal-Mart, or Waffle House, or enlist in the military, and forgo college altogether. It did come as a pretty big shock to me though, as I’d absorbed the idea of a “meritocracy,” the idea that your skills and abilities are what set you apart. Whenever I see it being something else that sets people apart it still sucks. It just plain and simple sucks.

It also makes me angry when I reflect that I wasn’t the only one who heard this not-so-subtle tune of low expectations while in the guidance counselor’s office. I feel that my fellow students from low-income families deserved better. The truth is maybe she was right though, since the statistics indicate that only 11% of students who grow up below the poverty line complete college. However, the fact is I am now one of that 11%, and I expect that if I’d been in public school the whole way through, absorbed more of the social values on what being poor meant, perhaps the bar for my own dreams would have been set a bit lower.

Overall I am really glad I got to have my Grandad’s intensive tutoring (a form of homeschooling) and I am glad I got to attend public school. Attending public school helped me to familiarize myself with social norms, connect with classmates and makes friends (a number of whom I still have), and do all those lovely things like go to prom and have an awkward 10 year class reunion. I have good memories of passing notes in class, volunteering in the concession stand, and cheering my high school football team as they won the state championships.

However, there are a lot of things that do make me want to hold my nose when I consider the entire public school system across our nation, with all the inequality, discrimination, busywork, and reinforced social stratification it brings. That’s why people like John Holt advocated homeschooling as an “underground railroad” away from it in the first place. He saw this and he felt that highly structured authoritarian classrooms were generally not the best learning space and I think in many ways he is right.

Considering where I am today, a person with a master’s degree who is kicking around the idea of going for a PhD, I also realize I need to take a fuller view beyond my own experience. I could say “oh, it turned out fine for me. No harm no foul.” However, although I can speak to what educational neglect is like, ultimately my experience has not been that of the average educationally neglected homeschool kid. My trajectory drastically changed. If I had been left there without outside help, I doubt I’d be writing here today, plain and simple. It would be beyond my sphere of knowing. I would be keeping my head down, working a low-wage job somewhere. That’s what too many kids from poorly run, under-resourced, low-performing public schools also do. The neglected homeschool kids and the neglected public school kids are both neglected kids. They are ultimately the same group.

So this debate of public school versus homeschool that keeps cropping up seems really silly and often rather irritating to me. Homeschool,and public school are both options, chicken and fish, apples and oranges, paper and plastic. Sometimes, given the circumstances or personal preference, one option is obviously better than the other, sometimes it isn’t. It is important to have the best versions you can available so people can make the most of the choices.

So why do people keep talking about homeschool or public school being better or worse when the real question is “how do we get kids, including kids from families living in poverty, to reach their full potential?” I don’t know but I think we need to think about why we do it and then think how we can fix it.

Like I said in my recent guest post for Libby Anne (which I am pleased to say was chosen as an Editor’s Pick for the whole Patheos website), I think it ultimately comes down to children’s rights. If the needs of children are seen as being important and the voices of children are seen as being important than both homeschooling and public schooling must work to improve the experience of kids who struggle, live with few resources, and who have seen and dealt with hardship beyond their years. There are cracks in both systems and there should be no “throwaway” children in either. Pointing fingers does nothing to erase what is going on for these kids.

So if you want to pick a dichotomy, if you really need one, then think about the “haves versus the have-nots,” the kids who have people in their lives who truly care about their education and wellbeing and have high expectations for them versus the ones who don’t. Those groups exist in both homeschool and public school and they are pretty serious problems in both worlds. That is the variable that educational success is dependent on, not whether you are sitting in a classroom or a living room. 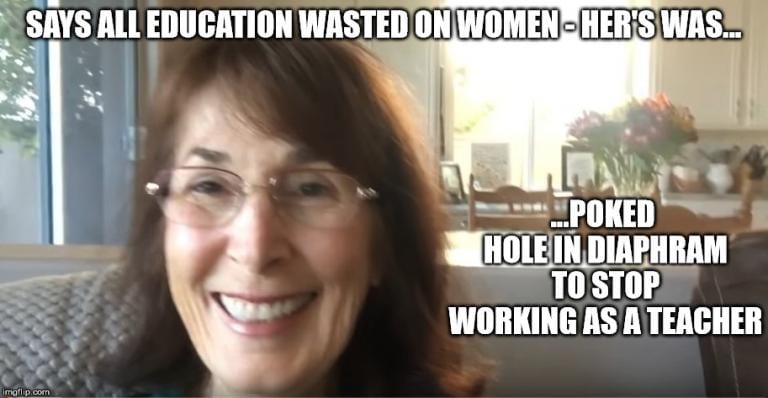