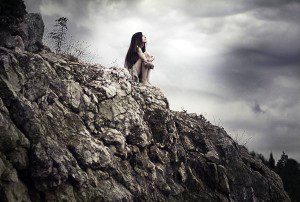 My husband, Paul, and I were enjoying some Mexican food at a restaurant near where we were staying in Houston last night.

Sitting at a table in very close proximity to ours was a Muslim family.  We see a lot of Muslim families these days, but more so in Houston than anywhere else in Texas and Oklahoma.

We don’t have any objections to sharing the planet, state, city, neighborhood or even close quarters of a restaurant with peaceful Muslims no matter how fundamentally extreme their personal beliefs and practices.

But here, we’ve not seen too many whose women wear a Hijab that covers the entire face only leaving small openings for the eyes.  It was disconcerting as we couldn’t help but notice that for this dear woman- a mother of small children- to eat, she had to maneuver  her food under the veil to reach her mouth.

It’s difficult to imagine how one could actually enjoy the pleasantries of eating out, handicapped in such a way.

I felt sad for her.  Paul felt sick to his stomach. This is just how he reacts to such things (he’s weird like that).

No doubt, though, if one were to question her the virtue of a belief system that would require such needless display of devotion, she would fervently claim that she has chosen this life.

She would likely deny that her husband has forced her to live this way.  She would probably claim he shows honor to her, exalts her in some way by ‘requesting‘ (expecting) she commit to her faith (and to him) to this degree.

She may truly want to believe that even though he may beat her, enslave her, deny her worth as a person and could even have her life taken, he violates her in demonstration of some kind of religious love and devotion.

She might claim she is beyond happy–euphoric even.  She probably really believes this as long as she never allowed herself to question or explore.

A Pakistani friend who grew up in Pakistan but whose family is Christian once told me that she knew of  many Muslim women who secretly desired to convert to Christianity or who actually have secretly converted.  They could never reveal their true beliefs for they would be disowned, shunned or worse.  So if they convert at all, they practice their faith in secret.

So I am sad for this woman and others like her for she will likely never know what a truly wonderful life she is missing.

But let’s not just single out Muslim women.

There are many church and Christian groups that originated right here in America–churches considered mainstream–who require variations of the same degree of commitment and punishment of their women (and even children).

>I can’t claim to know much of anything I could do to help these women.  They would have to want it and seek it in the first place before anyone could help them come out.  But one thing I can do is remember that though their religion may be strange, foreign and scary to us, they might not really be all that different from our own extremist groups.

Given this, I could think of them less as a threatening enemy religion, and think of them more as women with the same needs to be loved, respected and accepted by their men, religious leaders and their god as we do.

Maybe we could even start up a conversation….

No song I can think of better illustrates the plight of these women than the one performed by Alice Cooper, ‘Only Women Bleed’.
I hope you can set aside your opinions about Alice Cooper, and listen to the message in the song.

March 14, 2013 Jack Schaap: Jesus Approves of Adultery?
Recent Comments
22 Comments | Leave a Comment
"This is late, partly bc of my preoccupation and partly bc I'd been slowly reading ..."
Jennifer Serena’s Serenity – Luxury Hotel, Birthing ..."
"Thank you for your commitment to truth and love, Suzanne. Best wishes to you and ..."
Meredith Anne Not a Goodbye, More of a ..."
"For your sake, I am so glad you will no longer be editing and managing ..."
Lana Not a Goodbye, More of a ..."
"For what it's worth, I've learned a lot from you about a Very Creepy movement ..."
Griff Pryce Not a Goodbye, More of a ..."
Browse Our Archives
get the latest from
Nonreligious
Sign up for our newsletter
POPULAR AT PATHEOS Nonreligious
1