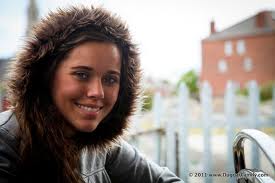 From Radar Online – Jinger Duggar Can’t Get Away! Mom Michelle Says She Is NOT Moving To The Big City!

Jinger Duggar had high hopes of getting out of her one horse town, but RadarOnline.com has exclusively learned that she won’t be moving any time soon.

Michelle and Jim Bob Duggar’s daughter had said that she wants to live in a big city — in fact, any city — but her parents claim that the teenager’s intentions were misunderstood, that she doesn’t REALLY want to live in a big city, and if she did, it would definitely NOT be the Big Apple!

“Jinger didn’t mean she wanted to move to New York City,” her momMichelle explains to RadarOnline.com. “She meant that she wants to live closer to a city. We’re talking right near a city, but not New York City.

“Jinger meant she wanted to live 15 minutes from a Wal-mart. We live so far out of town on 20 acres, but Jinger wants to live closer to town, so she doesn’t have to drive so far to go shopping.”

Her older brother Josh, his wife Anna and their children are moving to Washington, DC for his new job, and Michelle suggests maybe Jinger could spend the summer with them in that city.

“Jinger would love to spend time with her brother and all their children in Washington,” she says — explaining that that’s about as far as she is allowed to go!