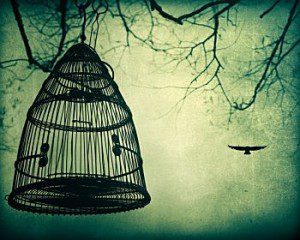 Several days ago a link to an article written by Valerie Tarico at Alternet.org arrived on my Facebook page. The piece was about a newly named syndrome – RTS – Religious Trauma Syndrome and I knew that this is something everyone here at NLQ could benefit reading.

The definition of RTS by Dr. Marlene Winell, who is the one that coined the name after twenty plus years treating people suffering from spiritual abuse.

Winell: Religious trauma syndrome (RTS) is a set of symptoms and characteristics that tend to go together and which are related to harmful experiences with religion. They are the result of two things: immersion in a controlling religion and the secondary impact of leaving a religious group. The RTS label provides a name and description that affected people often recognize immediately. Many other people are surprised by the idea of RTS, because in our culture it is generally assumed that religion is benign or good for you. Just like telling kids about Santa Claus and letting them work out their beliefs later, people see no harm in teaching religion to children.

This type of spiritual abuse is one of the main subjects we’ve been discussing at NLQ since the first few posts Vyckie Garrison wrote. It forms of the core of what we’ve been seeking to expose and help other spiritual abuse survivors realize that they are not alone. That is is hope and recovery.

What is most interesting about Dr. Winell’s research is her assertion that controlling religion creates mental illness.

But in reality, religious teachings and practices sometimes cause serious mental health damage. The public is somewhat familiar with sexual and physical abuse in a religious context. As Journalist Janet Heimlich has documented in, Breaking Their Will, Bible-based religious groups that emphasize patriarchal authority in family structure and use harsh parenting methods can be destructive.

But the problem isn’t just physical and sexual abuse. Emotional and mental treatment in authoritarian religious groups also can be damaging because of 1) toxic teachings like eternal damnation or original sin 2) religious practices or mindset, such as punishment, black and white thinking, or sexual guilt, and 3) neglect that prevents a person from having the information or opportunities to develop normally.

How many of us here has talked about being ‘triggered’ or having ‘flashbacks’?

Some survivors, who I prefer to call “reclaimers,” have flashbacks, panic attacks, or nightmares in adulthood even when they intellectually no longer believe the theology. One client of mine, who during the day functioned well as a professional, struggled with intense fear many nights.

And why it hurts so much to simply walk away.

Leaving a religion, after total immersion, can cause a complete upheaval of a person’s construction of reality, including the self, other people, life, and the future. People unfamiliar with this situation, including therapists, have trouble appreciating the sheer terror it can create.

Religious groups that are highly controlling, teach fear about the world, and keep members sheltered and ill-equipped to function in society are harder to leave easily. The difficulty seems to be greater if the person was born and raised in the religion rather than joining as an adult convert. This is because they have no frame of reference – no other “self” or way of “being in the world.” A common personality type is a person who is deeply emotional and thoughtful and who tends to throw themselves wholeheartedly into their endeavors. “True believers” who then lose their faith feel more anger and depression and grief than those who simply went to church on Sunday.

Read the entire article at Alternet.org at Religious Trauma Syndrome: How Some Organized Religion Leads to Mental Health Problems

March 28, 2013 Quoting Quiverfull: Social, Political & Culture War?
Recent Comments
11 Comments | Leave a Comment
"This is late, partly bc of my preoccupation and partly bc I'd been slowly reading ..."
Jennifer Serena’s Serenity – Luxury Hotel, Birthing ..."
"Thank you for your commitment to truth and love, Suzanne. Best wishes to you and ..."
Meredith Anne Not a Goodbye, More of a ..."
"For your sake, I am so glad you will no longer be editing and managing ..."
Lana Not a Goodbye, More of a ..."
"For what it's worth, I've learned a lot from you about a Very Creepy movement ..."
Gwen Pryce Not a Goodbye, More of a ..."
Browse Our Archives
get the latest from
Nonreligious
Sign up for our newsletter
POPULAR AT PATHEOS Nonreligious
1