SASBN: Putting an End to the Survivor Wars 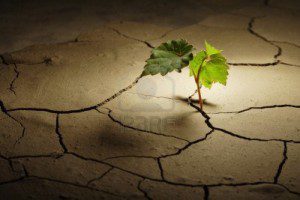 Breaking free from the absolute control of a cultic group is incredibly hard – it’s a soul-wrenching experience and in all honesty, none of us walk away unscathed and completely healthy. Spiritual abuse survivors are hurt, traumatized, damaged and often broken. I wish I could say that once we have recognized the problems and where our thinking was seriously messed up, we’ve got our heads on straight and now everything’s just peachy.  But that would be a lie.

Recovery and healing is a process and we all have issues. To be painfully frank, those of us who got involved in spiritually abusive situations as adults did so because deep within we were in some ways already psychologically or emotionally unhinged – we had pre-existing problems of abuse, insecurity, etc., which set the stage for our willing acceptance of inherently abusive religious systems.  There was a dissonance which predisposed us to be drawn to the promised safety and surety of fundamentalism.

Walking away from the abuse doesn’t automatically resolve the skewed and complicated workings of our innermost beings. “Escape” is only the beginning of the work. As survivors, we have physical, emotional, psychological and spiritual baggage that we carry with us on our journey out of the darkness and bondage.

For some of us – writing about our experiences and sharing our stories is a constructive way to process the pain and confusion while simultaneously warning others who are going down the same paths which led to such heartache and sorrow for our own families. Writing is a way for us to sort through our beliefs and figure out where we went wrong.  This was my motivation for starting No Longer Quivering.

The unfortunate truth that spiritual abuse messes people up makes working with and helping our fellow survivors a tricky proposition. We expect accusations and character assassination from those still in thrall to the religious abusers – but it is incredibly disheartening when those who are on “our side” – that is, sister-escapees – walkaways turned crusaders-against-spiritual-abuse – turn on us and wage a mini-war against our reputations and our credibility.

A while back, I received an email from NLQ reader, “Bob:”

Shudder. What a lot of memories these things bring back.

I’ve been inactive in the abuse survivor movement for some time, but there is one thing I’m reasonably up on, and it’s something you may find yourself running into.

You see, I’m not just a survivor, I’m also a survivor of the survivor wars, and abuse heaped upon abuse for making the abuse known. …

Bob’s warning came a little too late for me … Not long after I appeared on the Joy Behar show and WEtv’s Secret Lives of Women, I was similarly subjected to an all-out assault on my credibility. It was an intensely painful episode of virtual snark and vilification which ended in the severing of important family relationships and a PTSD break-down which I may never fully recover from. Admittedly, some of the criticism was well-deserved and hopefully I’ve learned some important lessons about over-sharing (TMI), and my own propensity for self-justification and presumption. I say “hopefully” because every time I think I’ve learned something and made some progress, it turns out that I’m not so far down the road to balanced thinking as I should be considering all the opportunity I’ve had to get my act together.

The fall-out naturally influenced my work at NLQ. I stopped writing anything personal or family-related, I removed what I had written of “Vyckie’s Story,” and turned over nearly all posting responsibilities to long-time NLQ member, Calulu. I participated online only minimally while I focused on recovering my health, maintaining my sanity, and mending broken relationships … and when I say that I’m focusing, please don’t get the idea that I’ve put in a lot of effort or had much success in those departments. Discouragement, burnout, and loss of confidence have definitely taken a toll.

This “survivor wars” phenomenon did not affect only me. I know a number of writers who shut down their blogs or even disappeared from the online community altogether because the criticism and viciousness was not worth the personal costs of speaking out.

Despite my cynicism and dispiritedness, however, something within me had refused to throw in the towel – to declare this war against the spiritual abuse of patriarchy and fundamentalism a lost cause. In some ways I’m still a True Believer – and in my heart, I truly believe that in some small way, I can make a difference.

So I keep trying.

While I am still too skittish to write much for NLQ, I have turned my attention to networking and promoting those who are courageously vocal and actively speaking out about spiritual abuse. I have been doing more radio and podcast interviews, public speaking  and writing for other sites such as RH Reality Check, Alternet, Religion Dispatches, etc. in order to raise awareness of the issues. I have built up a decent-sized (20,000+) following on the @NoQuivering Twitter account which auto-tweets the posts of spiritual abuse survivor blogs. I’ve been working behind the scenes to encourage and support other bloggers’ efforts to expose and confront the Quiverfull/patriarchal/fundamentalist leadership.

For the most part, these bloggers are young women and men who, unlike me, did not choose the oppressive Quiverfull lifestyle for themselves, but were raised in the movement.  It is the children raised in QF homes – particularly the older children – who pay the highest price to maintain their parents’ idealistic, and unrealistic, vision of “big happy families.” And when they grow up and get out – these young adults are just as highly motivated and enthusiastic about tearing up the anachronistic “old paths” as their parents were about faithfully going back to them.

Some, but by no means all, of these bloggers have joined the Spiritual Abuse Survivor Blogs Network which is my pet project for using the established credibility and influence of NLQ to promote individual writers because I believe the more of us who are speaking out, the more resonant and inescapable our collective voice becomes.

This has been my message to spiritual abuse survivor activists: Let’s all work together.

Seriously – we can leave the in-fighting and pettiness to the Patriarchs. Fundamentalists self-sabotage their own efforts because they are territorial purists who can tolerate only those few “like-minded” individuals who think and behave just like they do. That’s why so many Quiverfull believers eventually end up home-churching.  They are competitive, perfectionistic, intolerant, and cannot abide disagreement or correction.

I’ve been very encouraged to witness the cooperative nature of the younger generation of spiritual abuse survivors. I love the way they’ve come together to create collaborative sites like Recovering Grace, Rethinking Vision Forum, Calvary Chapel Abuse, SGM Survivors,  and the newly established Homeschoolers Anonymous. In fact, there are now so many bloggers writing about Quiverfull, patriarchy, fundamentalism, and spiritual abuse that it’s difficult to keep up with all of them. Libby Anne has the most comprehensive list of individual survivor blogs that I am aware of.

Across a broad spectrum of beliefs ranging from still fairly fundamentalist to out & proud atheists, we are seeing a tremendous ground swell of spiritual abuse survivors working together and supporting one another in order to raise awareness of the dangers of high control/high demand religious movements. Sure there are still hints of our old protectionist ways. It’s certainly understandable when conservative Christian bloggers are hesitant to link to or share the posts from atheist websites for fear of alienating their mostly fundamentalist friends. But overall, there is a sense of community because we have a shared experience and common goals which transcend our differences. And for the most part, we’ve learned that isolation and pettiness stifle growth and dilute our message.

The synergy of reciprocation and teamwork is the basic premise of the Spiritual Abuse Survivor Blogs Network. We don’t insist that every abuse survivor follow the exact same path at the same pace in order to participate in this growing rebellion against those unconscionable leaders who would use the instinctive desire to be right with one’s Maker as a weapon to control and compel sincere Believers to cooperate in their own and their children’s abuse and oppression.

Most survivors continue to struggle with many issues. As I’ve said, healing is a process. Recently at the Eschaton 2012 conference in Ottawa, I was asked to sit on a Gender Issues panel with experienced and knowledgable activists, Natalie Reed, Ania Bula, and PZ Myers. Immediately I recognized my inadequacy. Sure I spend a lot of time discussing spiritual abuse and the problems of patriarchy, but honestly, I can’t say that I am really up to speed on gender issues and feminism. But, despite never taking a single course in Women’s Studies, it was my experience of actually living the anti-feminist Quiverfull life which qualified me to speak semi-authoritatively as a lay-person. That panel experience taught me that we ALL have something, no matter how imperfectly, to contribute to the continuing discussion about the role of faith on individual empowerment and spiritual well-being.

The Survivor Blogs Network seeks to support and promote the writings of spiritual abuse survivors regardless of where the individual bloggers are on our journey out of oppressive religious groups and toward personal spiritual wholeness. If you blog about spiritual abuse, we invite you to join with us … we are willing and eager to help you succeed.

March 19, 2013 Quoting Quiverfull: Raising Kids the World Will Hate?
Recent Comments
4 Comments | Leave a Comment
"This is late, partly bc of my preoccupation and partly bc I'd been slowly reading ..."
Jennifer Serena’s Serenity – Luxury Hotel, Birthing ..."
"Thank you for your commitment to truth and love, Suzanne. Best wishes to you and ..."
Meredith Anne Not a Goodbye, More of a ..."
"For what it's worth, I've learned a lot from you about a Very Creepy movement ..."
Gwen Pryce Not a Goodbye, More of a ..."
"Unfortunately, this kind of satire (if it even is satire) is what gives Christianity the ..."
Emily Is Biblical Gender Roles a Big ..."
Browse Our Archives
get the latest from
Nonreligious
Sign up for our newsletter
POPULAR AT PATHEOS Nonreligious
1

Hell in the 4th Century: Things...
Roll to Disbelieve
Related posts from No Longer Quivering 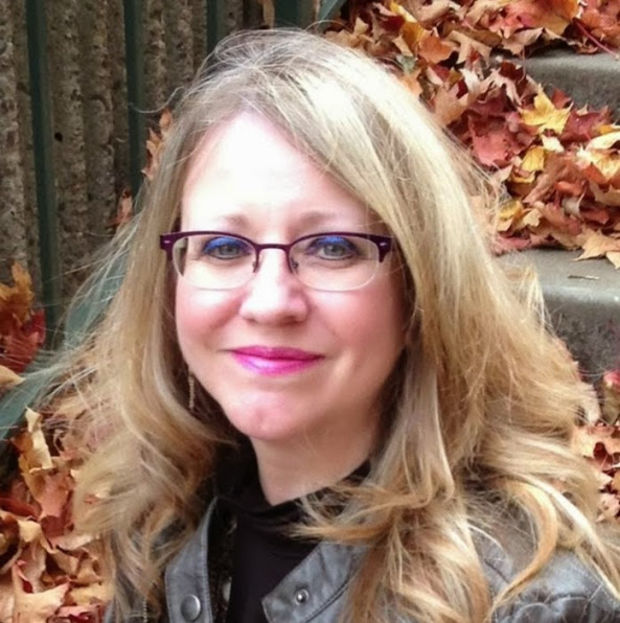