At What Point Is Faith Really Child Abuse? 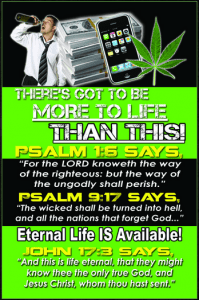 Yesterday I saw a very disturbing video that was filmed last weekend, on Easter Day, in front of a United Methodist Church in North Carolina. The church is letting from it’s Easter services while a young boy stands with a sign that reads like something out of Westboro Baptist and yells at the church goers that they are all going to hell unless they stop playing Christian and actually accept Jesus Christ as their savior. Some of the congregants emerge and ignore the boy, some smile at him, several approach him and ask for a hug. He refuses any overtures of friendliness from the Methodists and continues his accusations and hectoring of the crowd.

It takes a strong stomach to watch this and not be triggered.

My heart was breaking for this child after watching to the end. His father, one Brian Cranford, is the one filming this and whenever the boy starts to flag in his harassment of the Methodists dear old Dad encourages him to keep it up. It’s all a performance, perhaps the boy believes in what he’s doing but perhaps not, perhaps it’s all about trying to please the father. Then Daddy posts this video of him pushing his son to hate on others at YouTube with the sobriquet “Church Promotes Sin! On Easter Sunday!”

To see a child used in this way by a parent isn’t uncommon in the world of fundamentalism or quiverfull. But mostly when you see a parent pushing a child to do something that is really an adult role it’s more along the lines of doing the housework or caring for younger siblings, helping out with homeschooling, or holding a sign board at a protest standing next to a parent. Not alone in front of a crowd condemning them and speaking fire and brimstone on these strangers that the child has absolutely no way of knowing what their faith walk is.

For me it seems like a new and more disgusting form of child abuse. The child has moments in the video when he is clearly uncomfortable regardless of what Biblical brainwashing his father has done.  I shudder when watching that video and have a sneaking suspicion that this poor boy will one day by lying on a psychiatrist’s couch and recounting this day as traumatizing.

So who is his father, the one that’s parading his son around as Westboro lite? Brian Cranford has his own YouTube page with lots of other videos of him and his cohorts behaving badly in the name of Jesus Christ. As far as I can determine Brian and pals are not affiliated with official church but more a home church, what I’ve always snarkily termed “The Church of the Holy Basement” after watching others fall out with organized churches and form their own with their own rules.

Take a good look at Brian Cranford’s ministry site – Bible Brian – with it’s charming photo of him and his son on Bourbon Street in New Orleans, Louisiana walking in front of The Hustler club. To me that’s another objectionable point towards how you raise a child. I’m from New Orleans but have never taken any of my kids near Bourbon Street until they were legal age to go into a bar. Why would you expose your child to the worst of modern society on purpose?

On YouTube Brian Cranford is linked to another Christian with very questionable views that don’t really line up well with the words of Jesus – Coach Dave Dabenmire of News With Views.com. I didn’t watch this video because I was already triggered enough from the first one. But Vyckie did, she passed on some of what Cranford and Dabenmire were saying that was so completely wrong in every sense of the word wrong.

Scares me that people like this are raising kids and putting them at emotional risk for their own ego.

One last thing, I was in a United Methodist Church on Easter Sunday. Do you know what the sermon series that the Methodists are preaching on in this time? Relationships. How to have better relationships with each other, with God, your kids and the world. Walking in peace with others. Being slow to anger. I want to know what Brian Cranford finds so objectionable about peace and better relationships? Oh, that’s right, he considers others to be used for his self aggrandizement.

Calulu lives near Washington DC , was raised Catholic in South Louisiana before falling in with a bunch of fallen Catholics whom had formed their own part Fundamentalist, part Evangelical church. After fifteen uncomfortable years drinking that Koolaid she left nearly 6 years ago. Her blog is Calulu – Seeking The Light and The Burqa Experience

April 8, 2013 Quoting Quiverfull: Psychiatric Drugs Witchcraft?
Recent Comments
15 Comments | Leave a Comment
"This is late, partly bc of my preoccupation and partly bc I'd been slowly reading ..."
Jennifer Serena’s Serenity – Luxury Hotel, Birthing ..."
"Thank you for your commitment to truth and love, Suzanne. Best wishes to you and ..."
Meredith Anne Not a Goodbye, More of a ..."
"For your sake, I am so glad you will no longer be editing and managing ..."
Lana Not a Goodbye, More of a ..."
"For what it's worth, I've learned a lot from you about a Very Creepy movement ..."
Gwen Pryce Not a Goodbye, More of a ..."
Browse Our Archives
get the latest from
Nonreligious
Sign up for our newsletter
POPULAR AT PATHEOS Nonreligious
1