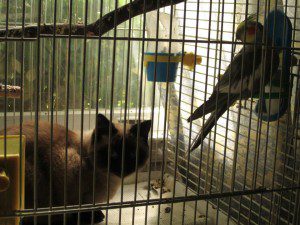 A few weekends ago Vyckie forwarded to me a link from Mother Jones magazine involving a book written by Kathryn Joyce. Her new book is about the adopt craze among the evangelical churches and is titled “The Child Catchers: Rescue, Trafficking and the New Gospel of Adoption”

I haven’t had a chance to read the book yet since it was just released but reading the article in Mother Jones titled “Orphan Fever: The Evangelical Movement’s Adoption Obsession” stirred up a large bunch of memories and thoughts on how unprepared many in the evangelical movement were for the kids they adopted from Liberia and many other cultures so vastly different than their own.

It made me think on how being a foster mommy of very animals has taught me things about comforting the jumpy, forging trust with the suspicious and the politics of the heart. How heartbreaking the struggle to love that which doesn’t want to be loved it.

One of my best friends on this planet, Joannie, has had a heck of a time being a foster mom.She and her husband have been temporary parents to at least thirty different children over the last twenty years. If ever there was someone that had a mother’s heart naturally, it is Joannie. But most of those foster situations ended in tears and were fraught with frustration, misunderstanding, destruction and every other negative thing you could think of.

Recently Joannie and I have talked about how damaged some of those children were, how many had reactive attachment disorder, out of the worst of dysfunction dynamics of family and how at the beginning she went into those foster child relationships thinking that love would conquer all. How, unfortunately, it does not. You have to have a deep understanding what is going on in the mind of a child displaced from all they know and love. You must know where to comfort and where to grant grace for the deep wounds or culture differences instead of sternly insisting on perfect behavior.

It took Joannie a long time to learn those lessons, along with some bruises of the heart. It’s easy to look back and realize the places where you were unprepared or naive. I suspect that many of the evangelical adoptive families that had less than perfect adoption outcomes might realize some of these things by now too. They were sold a bill of goods that love could ‘fix’ those kids, fix everything, not even thinking about how these kids needed more than just love.

I’m not a kid person, I’ve raised my kids to adults and I only spend a little time with my grandkids, just enough to spoil them and allow them to do all the stuff momma forbids. For me motherhood was a hard thing, it didn’t come natural to me.

But what does come natural is rescuing, fostering, training, loving stray animals. The things I’ve learned from my strays, particularly the neglected and abused ones, leads me to believe on important levels adopting or fostering a child of neglect or abuse isn’t much different than healing the soul of an animal coming out of abuse or neglect.

Take, for example, my cats. I’m down to three now but have had up to a dozen. Mostly the strays used to show up at my back door, looking in and meowing as if to say, “Hey, here I am, I love you! This is my home now.”

Right now I had a female ginger named Mary, who was born of a stray in Laura’s room beneath her dresser. I’ve been holding Mary in my hands and petting her since she was minutes old. Mary cannot conceive of me hurting her or being mean to hurt. She trusts everyone in the family implicitly and is very affectionate.

Kiki, my male gray tabby picked me out when he was about six weeks old and was at the pet shop. I was buying feed for my parrot and his cage was at the register right below the baby parrots cage. I was playing with the cute mischievous parrot-toddlers when Kiki kept reaching through to grab me and try to get my attention. We bonded. I took him home. He was very obviously well-loved in his original home because he, like Mary, trusts us, is super affectionate and completely unafraid of anything the family does.

My point? They strike me like my own children, raised in a safe, secure place with people that love them, never feeling lack or doubt of that love. Happy. Secure. Self confident.

My last kitty Pedro? I fell completely in love with him when I first clamped eyes on him at the local animal shelter. They seemed to think he was about six weeks old but I suspect he was closer to nine or ten weeks old. He was a stray, an obvious breeder throw away that couldn’t meet breed standard. He was terrified of people but learned quickly that he could trust me to let him ride around inside my sweater all day while he purred. But he was so frightened of raised voices, men and being anywhere people were walking. After about three months at our home he decided he hated everyone buy my soft-spoken son Andy. He adored Andy and had no use for the rest of us.

The last three years have meant that I’ve been consistent with Pedro, I don’t raise my voice, I treat him well, I praise him and pour positive words into his ears. I know, you’re thinking cats can’t tell the difference between ugly words or positive ones. I am convinced all living things can, I remember reading about an Indian tribe that killed the trees to make canoes by yelling at them every day till the tree died. Ugly words can kill the spirit, just like positive ones, being told how good, lovely, nice, etc. you are can reframe your own thoughts about yourself.

It’s been so painstakingly slow, words, petting, treats, and above all soft voices and consistency, consistency, consistency in all I do around him. If I had a dollar for every single time I could feel the hard gaze of a frightened Pedro studying my face intently to gauge what type of treatment he could expect I’d have a bigger house. It broke my heart every time he studied me like this, I could feel his panic when he did this.

But now he’s nearly as big a part of the family as the other two. But I will always have to be careful with him. Working with Pedro and many others I’ve had to carefully slowly ‘tame’, if you will, makes me wonder if this might be the same tact or type of treatment that these poor orphans from Africa, or anywhere, would thrive under.

I know that taking these poor children and trying to turn them into perfect little evangelical kids without taking into account the horrors they’ve lived through and the effects of their culture seems to me to be an extremely foolish thing. As foolish as trying to force Pedro to walk on a leash when he was frightened of everything in his path would have been.

Calulu lives near Washington DC , was raised Catholic in South Louisiana before falling in with a bunch of fallen Catholics whom had formed their own part Fundamentalist, part Evangelical church. After fifteen uncomfortable years drinking that Koolaid she left nearly 6 years ago. Her blogs are Calulu – Seeking The Light and The Burqa Experience

May 13, 2013 Quoting Quiverfull: A Loving God Brings Cancer to Show the Condition of the Heart?
Recent Comments
3 Comments | Leave a Comment
Browse Our Archives
Follow Us! 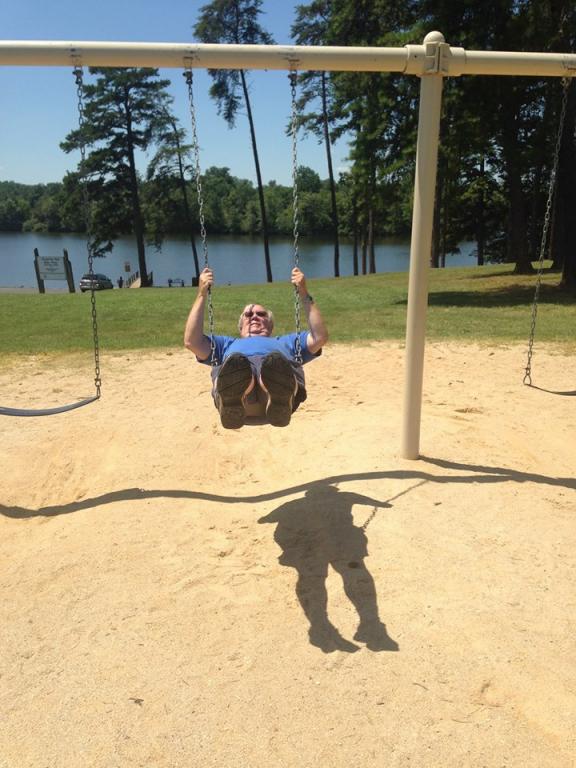