Adventures in Recovery: Happiness is the Best Revenge 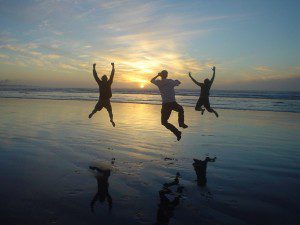 In “Jacula Prudentum” (1651) George Herbert said that living well was the best revenge, but I am finding there is actually something else that is better and much freer than living well. The best of all revenges against those that have harmed you is to simply be happy. Happiness is the best revenge. Plus it doesn’t cost as much as living well.

During different times of my recovery from fundamentalism/evangelicalism and quiverfull I’ve been mired in misery or confusion, pain, negative emotions. I’m sure at various times I came off to the people I’d met as someone carrying the weight of the world on my shoulders. Particularly those that I’d once be in fellowship with at my old church that now made it their business to heap me with unkind words. I’d rush off and cry.

But, with time and distance plus the healing of my own emotions, growth away from that whole cult I’d been part of, I realized the sun still shone, that life was as precious as ever, maybe more so now that I had sweet sweet freedom from the repressive framework I’d been living with for years.

It’s been interesting to watch those I know from the old church who’ve been driven away in the last great split after I left. The ones that are left at the church do to the others driven out what they all tried to do to me, demonize and punish. Gossip runs rampant.

What I find the most fascinating about all of this is that most of the ones driven out haven’t struggled to get free. What many have done is trade one master for another. Leaving one cult for another differently flavored cult, all the while proclaiming how ‘free’ they are. Any one or any thing that insists you follow a prescribed set of false rules while claiming to have the ‘real’ answer should be looked at with hearty skepticism. Examine and think, just don’t jump from ecclesiastical frying pan to fire.

Freedom and happiness do not look like a cult, doesn’t force others to conform and doesn’t make you sacrifice. Even in churches.

This is not a bashing against Christianity, I’ve seen this cult-like control exercised in every group from Atheists through Zoroastrian. Not every branch of it but enough so that it’s important to your recovery from spiritual abuse to be able to recognize it in yourself and in others. I’ve seen others try to establish their own control over others and themselves after leaving spiritual abuse and it’s not healthy for anyone.

Secure people don’t try to force others to do things their way all the time.

Back to happiness. I’ve thought about happiness a lot lately because we’re in the planning stages at our home of my husband’s retirement. The plans right now involve a move to either Panama or Costa Rica within the next eighteen months. We’re ready to retire and have both agreed it has to be some place warm and on the ocean. I’ve always said I feel the closest to the universe, to God, when I’m in the ocean. Something about the water mends whatever is going wrong inside of me so to retire to the beach makes me so happy I cannot totally express it. 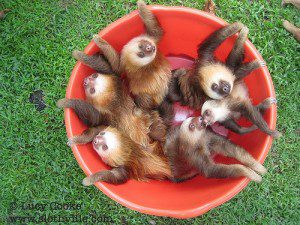 Secret reason I want to move to Central America! I want to cuddle sloths at the sanctuary in Costa Rica

Yesterday I was at the grocery store and ran into one of those nasty left at the old church people, the former church secretary and leader of the local homeschooling group that is known for her being Gossip Central in this part of Virginia. She always wants to know what we’re up to, talks about her kids and then takes an ugly dig or two at you in a very passive aggressive way.

I don’t like her. I never have. But I try to avoid her, and if I can’t I don’t say much, just let her ramble on about her kids and the doings at church. I have no wish to give her grist for the gossip machine. Let her get her fodder elsewhere.

When she flagged me down yesterday in the produce dept between the cucumbers and the melons I was in such a mellow mood from all the research and planning I’d done this week for our retirement that when she asked me what I’d been up to I actually told her. Told her we were retiring and moving to a seaside community in Panama very likely. I was smiling and happy, positively giddy over the idea of getting up each morning to surf and to spend the day with my oil paints and canvasses.

Her face fell at my news and it struck me that happiness is the best of revenges you can spring on one of these ugly little gremlins from your past. It’s not the living well, because they’ll put that off to the devil letting you flourish now, it’s the happiness. They cannot stand it. Freedom and happiness.

June 23, 2013
Quoting Quiverfull: No Votes or Anything Else For Women?
Next Post

Nonreligious
Your Feelings Are a Lie?
No Longer Quivering 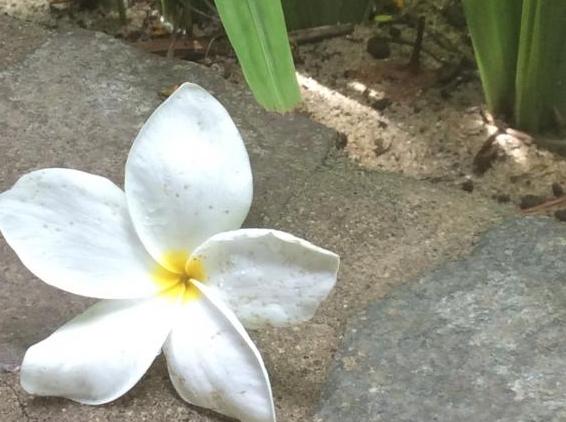 Nonreligious
People 'Chose' to be Depressed?
No Longer Quivering