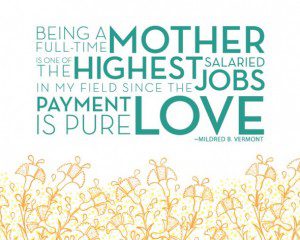 Last month I was invited to participate in a panel discussion on Women Leaving Religion at the Center For Inquiry’s Women in Secularism conference in Washington, DC.

Lately, I’ve been doing more speaking than writing in my efforts to promote No Longer Quivering and raise awareness of the issue of spiritual abuse. In my talks, I always mention that one of the main reasons I started blogging was an attempt to explain, to myself and to anyone who cared to read about my experiences, WHY the high-demand Quiverfull lifestyle is so appealing and WHY any modern woman, with nearly unlimited career options available, would choose a life of wholehearted devotion to God marked by prolific motherhood, submission, self-abnegation, and martyrdom.

People watch Michelle Duggar with her 19 cookie-cutter kids whose names all begin with “J,” and they naturally want to know: WHY would any woman want to live that way?

Why so many kids? Why no birth control? Why home birth, and why adopt sibling groups? Why “blanket training,” Growing Kids God’s Way, and ¼-inch plumbing supply line? Why home school? Why “dare to shelter” – meaning: no television, contemporary music, Internet, sleepovers, youth group, or college for girls? Why courtship? Why bake bread from scratch and sew your own matching mother/daughter/daughter/daughter/daughter/baby outfits? Why organic gardening, extreme-couponing and cottage business? Why not give yourself a bit of a break, lady?

And make no mistake about it: Quiverfull is a women’s movement. Sure the men are given lip-service as “spiritual leaders” and “heads of the home,” but as many women have discovered, there is power in submission and for the most part, it is the wives who seek out the teachings of capital “p” Patriarchy and push the Quiverfull ideal on their less-than-servant-leader-quality husbands.

As many of the bloggers in NLQ’s Spiritual Abuse Survivor Blogs Network have discovered, writing can be an incredibly effective means of processing our experiences and figuring out what exactly we were doing and why.

Sharing my story and receiving feedback from readers was tremendously helpful in understanding a number of factors which contributed to me embracing the fundamentalist worldview of Christian patriarchy: Quiverfull is about Vision and Conviction, it is a way to feel Superior (never mind that, as a living martyr, I felt terribly humble – LOL), submission to God is one way to avoid the overwhelming responsibility of Choice, while submitting to a spiritual leader (pastor or husband) provides a fairly Twisted mechanism for controlling that which is out of control, the ever-increasing hardships of the Quiverfull life prove commitment and faith, and of course, “Biblical Family Values” is all about Money.

But it wasn’t until I heard philosophy professor and novelist, Rebecca Goldstein speak at the Women in Secularism conference that I finally understood the essential reason behind all of the above-mentioned peripheral reasons WHY the Quiverfull worldview and lifestyle is attracting a growing number of evangelical Christian women.

In explaining why smart, sensible people are so often caught up in the tangle of religious deception and delusion which increasingly characterizes contemporary systems of belief, Goldstein mentioned several well-known concepts such as Nietzsche’s “Will to Power” and William James’ “Will to Believe.” But then Goldstein described an even stronger urge in the human psyche … and that is our inherent desire to MATTER. 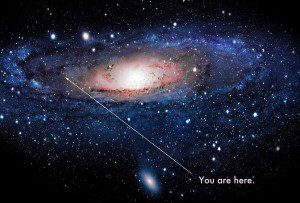 Greta Christina summarized Goldstein’s “Will to Matter” with the headline, “People want to matter more than they want to live.” We want our existence to matter, and according to Goldstein, “who matters” is a function of “what matters.” In our society which principally values economic and technological advancement, it’s easy to feel like even our most hard-won academic, professional, and personal achievements hardly make any impression at all upon the pale blue dot which we humans inhabit.

We know instinctively that the corporate world does not really care about us individually, and to be honest, being cogs in the machine – regardless of how accomplished and efficient we might be – doesn’t matter all that much to us either.

Greta Christina makes a good point when she writes:

One of the main things people get from religion is the feeling that they matter. After all, what could make you feel more important than believing that the creator of the entire universe cares passionately about you: that he wants more than almost anything for you to do right and be with him after you die, and is even waging a war for your soul?

True … but for those of us who have BTDT, that feeling of being loved unconditionally by Almighty God – even being in a close personal relationship with Jesus – is honestly too abstract and intangible to really satisfy that deep and tenacious need to mean something to somebody in the here and now.

What ultimately matters to people are other people. We want to matter to people. 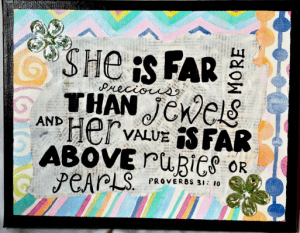 And so … it’s tempting to go back to the old paths … to reclaim our “Christian heritage” with its traditional family values. At least in the “Man’s World” of biblical patriarchy, it’s easy to know what counts, what makes us “matter” as women: our worth lies in serving, nurturing, reproduction, care-giving, hospitality … tending to our families is what matters, and to the extent that we do it well, our domesticity ensures that we, ourselves, actually do matter.

But there’s more to it than that. Because we are not stupid. We recognize that, like corporate America, like organized religion, “the patriarchy” is just one more impersonal system which only gains power and control to the degree that it succeeds in subsuming our particular talent, strength, and energy to serve the collective … organizations thrive only by weakening individuals.

It’s a sad but true irony that the more an institution matters to people, the less people matter to the institution. This is why people tend to resist (or at least we like to think we’re resisting) whatever modern behemoth we can clearly see is manipulating the majority of the people: nobody likes Walmart, Hollywood, mass-media, and big banks, … we all hate politics, … and everyone knows there are serious problems with mainstream Christianity.

Thus we have counter-culture. 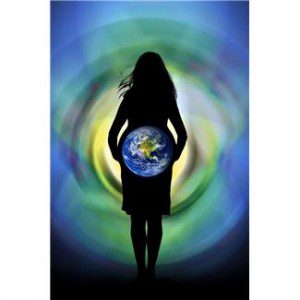 The reason Quiverfull is gaining ground is because it puts a female individual in the position of mattering – of mattering A LOT – to a collective.

If you really want someone to care about you more than anyone – all you need to do is give birth to them. Being a mother guarantees that you will matter – for good or for evil – your child’s life will be intimately wrapped up in yours, even despite the best efforts of a brilliant therapist later in life. (I say this only half-jokingly. We all love our mothers, BUT …)

But of course Quiverfull moms will be loved and appreciated … the promise is that the children of a Proverbs 31 mother will rise up and call her “blessed.” That’s because Quiverfull mothers are the very best mothers, as evidenced by all the hard work and self-sacrifice they’re putting into raising up “mighty warriors for God.” 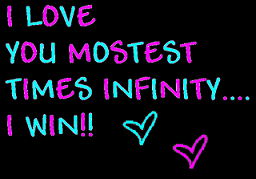 Talk about standing the Status Quo on its head!! Women are used to mattering the least – but Quiverfull offers us a chance to matter the mostest.

Quiverfull moms of many matter exponentially more … for all Eternity.

Think for just a minute about the Duggar family. Who is the star of “19 and Counting”? Obviously, Michelle. Who matters most to each of her 19 children? Michelle. Sure it can be argued that with the use of ATI’s “buddy system” Michelle is delegating her mothering responsibilities to her older daughters, thus creating the potential for her younger children to care more for their siblings than they do for her, but our own experience as children and as mothers tells us that, while she may delegate the responsibility, she can never dilute her position of “Mother” in the hearts and minds of her children. A mother does not even have to raise her children to be central in their lives. By birthing and mothering 19 children, Michelle Duggar has become a de facto institution: She rules the Duggar world.

Ideally, Michelle’s 19 J-babies would matter as much to her as she does to them. But in reality, we already know that the institution only flourishes at the expense of the individuals to whom it (she) matters.

Imagine being a J-child to whom Michelle is the most important person in the world. Now imagine that there are 18 more J-children who love her just as much as you do, and suppose that your loving devotion is dampened just the tiniest bit by your desire for independence and autonomy … you wanna have your own life, but if you pursue your dreams and your aspirations, you necessarily detract from the monolith which Michelle has become.

You see the problem, I’m sure.

Kids who have been raised in this very situation are coming of age, and they’re feeling like maybe they are mere cogs in the wheels of the “biblical family” institutions which we’ve established.  Now they want to know, “Do WE matter?”

Unless Quiverfull mega-moms can demonstrate that the answer is unequivocally, “YES!” – we’re all in for a rude awakening.

Bottom line: Of course, we all want to matter, and there is nothing wrong with that – but breeding quivers full of children in order to mega-matter will backfire on narcissistic moms. The only legitimate reason to have children is because THEY matter – and not in some theoretical, “Lo, Children are a Blessing” some-day-up-in-Heaven kind of way. No, they want to matter TO US – to their own moms.

Our kids need to matter the mostest to US – right here, right now.

June 6, 2013
Quoting Quiverfull: Affirming Who You Are?
Next Post