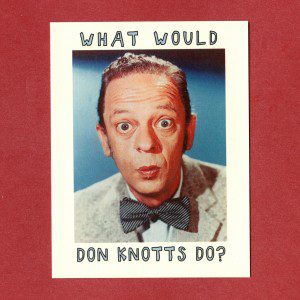 by Mary Pride of Homeschooling World –“Good, Better or Excellent?”

I now would like to say that the time has come to stop thinking about being “as good as” or even “better than” the public schools.

First, it’s not a fair competition. It’s like running a mile against an opponent who is wearing concrete boots. The schools are so weighed down with nonacademic mandates and personnel imposed on them from the outside (usually, from Washington), and with impossible requirements to keep disruptive students in school, that it’s amazing they have the energy to teach anyone anything! Teachers usually have little to no authority to choose their own curriculum, and little to no authority to control their classrooms. All this, and dozens of students per teacher, too.

If you cast your mind back to what the schools were like before federal and state judges unconstitutionally took control of them . . . when local parents and teachers actually ran them . . . those public schools could have given us a run for our money. Let’s not kid ourselves that we’re doing great just because today’s federally-controlled public schools can no longer teach most kids to even read and write well.

Second, it’s not fair to our kids. Who cares if they are “as good as” or “better than” some other kid? The point ought to be that our children are becoming the best they can be.

If your son is Don Knotts, and my son is Mark McGwire, should I be impressed with myself that my son turns out to be better at baseball? No. Should I be impressed with myself if my son is one of the best hitters on his Little League team? Again, no. We all know that Mark McGwire was born with the potential to be the best at swinging a baseball bat. If he had quit trying when he found he was better than the kids in his local town, he would never had reached his true potential.

Now, let’s turn it around. What if Don Knotts is your son, and by ceaseless practice, careful diet, and weightlifting he builds himself up to be the second-best hitter on his team? Has he failed, since he is “not as good as” the best hitter on his team, let alone the best hitter in the league? No way! As much as I love Don Knotts’ acting, I think we can all agree he was not built for power hitting. A child with Mr. Knotts’ build would have to overcome tremendous obstacles to reach this level.

June 10, 2013 The Hotline Project
Recent Comments
5 Comments | Leave a Comment
"The sooner the grifting Duggars drop off the RADAR, the better.OT side note: one of ..."
K. Ramsuer Voting Guns, Rebellion and Trump – ..."
"I wonder how many wives divorce them on the spot."
Nea Amy Coney Barrett and Quiverfull
"My mother was 40 when my youngest sibling was born. She has no disabilities, she's ..."
Griff Pryce Jill Rodrigues Judges “Fat” Ladies With ..."
"Eh, brown hair isn't automatically boring. Most of the women I've dated had brown hair. ..."
Griff Pryce Jill Rodrigues Judges “Fat” Ladies With ..."
Browse Our Archives
get the latest from
No Longer Quivering
Sign up for our newsletter
POPULAR AT PATHEOS Nonreligious
1