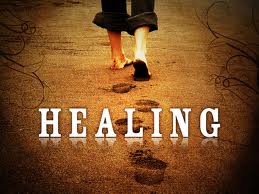 by Mari cross posted from her blog Mari’s Musings

’ve been reading a book lately called Changes that Heal. It’s about changes. Ones that heal.

The book also offers solutions for those who are willing to put in the effort to make changes that heal.

I’m about 2/3 of the way through the book and I’d say it’s a pretty good book. Very thought-provoking. But then, I always did enjoy a good textbooky psychology book.

As I’ve been reading, I’ve been reminded of different experiences and things people have said to me in the midst of painful times.

Several years ago, I lived in a place that was really, really unhealthy for me. I mean, it was good for me in some ways, but the people I was around, even though they weren’t doing anything immoral or illegal, were not good for me. I would hang out with my “friends” and I would end up sitting there and listening to one person who was dominating the conversation. The conversation was always between that person and one other person and every so often someone else would chime in and then after I’d sat there for a few hours, I’d go home and pretend like I’d enjoyed myself.

After repeating this scenario dozens of times, it began to get really old. I felt left out, unappreciated and unwanted. I wanted to be friends with these people, and they would always invite me to hang around with them, but it was very frustrating and lonely for me. I went on several road trips with them. They would insist that I come but then I’d be put in the uncool people car (I was the one who got to ride with their parents) and I’d be discluded from the jokes and fun and games everyone else participated in.

I had several other friends that I talked to about this situation, and their response to this was, “This is your problem, not theirs. Own it. Do something about it. Even if you were to find all new friends or move somewhere else, you’d still have the same problem. Problems follow you no matter where you go.”

Basically, it’s my fault that my “friends” were being rude and mean.

I called bull on that statement every time I heard it. And it was repeated to me — often.

What exactly was I supposed to do? Throw a big temper tantrum and insist that they had to include me if they were going to keep inviting me?

In the end, I did throw a temper tantrum — after I’d put up with it for 3 years. I walked out of the room, went home and, I know I’m a terrible person, but when the worst offender came around a few minutes later, I screamed at her. And that was the end of that relationship.

I could go into a lot of detail about the things that happened after that. It was bad. Terrible. Those were the worst two years of my life. I went from having a group of friends I hung around several times a week to being completely isolated. It actually wasn’t much different from what it had been before, but at least before, I had a reason to leave my house several times a week.

Two years after the shouting match, I moved to another state.

The funny thing is that I haven’t changed. I’m still the same person I was. I still behave as I’ve always behaved.

My conclusion is that the theory that every problem one has is completely one’s own fault is bogus. Sometimes, it’s just an excuse that an enabler gives for someone else to continue their destructive behavior.

July 21, 2013 Quoting Quiverfull: Marriages Are Like Batteries?
Recent Comments
3 Comments | Leave a Comment
"This is late, partly bc of my preoccupation and partly bc I'd been slowly reading ..."
Jennifer Serena’s Serenity – Luxury Hotel, Birthing ..."
"Thank you for your commitment to truth and love, Suzanne. Best wishes to you and ..."
Meredith Anne Not a Goodbye, More of a ..."
"For what it's worth, I've learned a lot from you about a Very Creepy movement ..."
Gwen Pryce Not a Goodbye, More of a ..."
"Unfortunately, this kind of satire (if it even is satire) is what gives Christianity the ..."
Emily Is Biblical Gender Roles a Big ..."
Browse Our Archives
get the latest from
Nonreligious
Sign up for our newsletter
POPULAR AT PATHEOS Nonreligious
1