Confessions of a Goody-Two Shoes 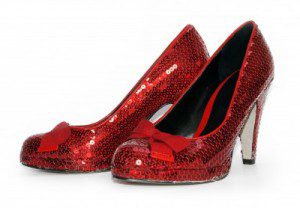 I read an article a while ago written by one of my favorite authors, Donald Miller. In it, he talks about the problem with having a “perfect image.” He talks about Anne Hathaway and how, to him, she is inapproachable because she’s just…. too perfect.

I know nothing about Anne Hathaway and I don’t really care either.

But Don’s point — that “perfect” people are inapproachable — is true.

I know this because I’m an inapproachable perfect person.

Don’t judge. I can’t help it that I’m perfect.

The truth of the matter is that people have two selves. They have their persona, the self that they portray to the rest of the world, and they have their real self.

In other words, what you see is not what I am.

I’ve always felt that I was supposed to be perfect.

There are perfectly rational explanations for this. If you look at it from a psychological perspective, it’s because I have several siblings and my parents told me all the time that I was supposed to be a good example to them. Religiously speaking, I have this perfection complex because the Bible says “Be ye holy, for I am holy.” That’s a lot of pressure….

But maybe the real reason is that when you are criticized about everything, after a while, you get to the point where you will do anything just to get people to stop criticizing you. Even if it means being someone you’re not. Even if it means doing everything but what you really want to do. Even if it means spending time, money and lots of effort to make people happy with what you’re doing.

Now that I think about it, that is totally messed up. No one deserves to have that much control over me.

I had a “friend” one time that told me that she knew she could manipulate a friend of hers with tears, but she was frustrated with me because she hadn’t figured out how to manipulate me. She didn’t use the word “manipulate,” but that is what she meant. I think she finally realized that the only thing she had to do in order to manipulate me was to criticize me. Over, and over and over again. About everything. My hair. My clothes. My eyebrows. My family. My friends. My accomplishments. My abilities. My mannerisms. My ideas. My desires. My interactions with other people.

After a while, I shut down. I learned that who I really am is not acceptable.

I stopped trying to be “me” and started to just exist.

But I had a list of behaviors that were acceptable:
Be as little and insignificant as possible.
Never, ever disagree with anyone.
Never, ever show any emotion.
If something goes wrong, fix it, and don’t make a fuss about it.

I also had a list of social interactions that were appropriate:
Going to church.
Singing on the worship team.
Work and school.
Occasional get-togethers with very large groups, which were only appropriate as long as I sat still and shut up, especially if there were men present.

I learned exactly what Little Miss Perfect was supposed to be (fixing everything for everybody, making everybody happy, never let anyone know if something is wrong), and once I started wearing the Perfect cap, I was…. stuck.

Prior to this experience, my whole self was molded in perfection as well. Things like always wearing modest clothes, having appropriate interactions with men (which was equal to no interaction with men), not drinking, not smoking, not being out late, not being friends with inappropriate people.

But, I have a confession to make.

Even highly moral, “perfect” people have problems. They have desires. They are just like everybody else.

Confession Number One:
I am not nearly as disciplined as some people might think.
Putting it in athletic terms, I’m really good at sprinting, but I’m terrible when it comes to marathons. I can stick to a budget for a few…. minutes…. I mean, months, but then it’s all over.

Confession Number Two:
Sometimes, I have to talk myself into going to church.
Yes, I’m in church all the time. But lots of times, I’m totally not feeling it. Sometimes I talk myself into it but when I get there I spend the whole time wondering why I made the effort and then I go home and scream at myself because that was the most unsatisfying couple of hours I’ve had all week.

Confession Number Four:
Sometimes, I can be very sarcastic.
The word “sometimes” was the sarcasm in that sentence.

Confession Number Five:
When people behave in a way that makes me think that they think I’m wrong, bad or imperfect, my first reaction is to want to walk away. I’ve spent too much time trying to learn how to be perfect to enjoy feeling like I’m not.

Confession Number Seven:
Sometimes I feel so broken and so lost in the quest to find healing and wholeness that the only thing I can think to do that might make me feel better is to eat. Chocolate. Cake. Ice cream. Honestly, what I need in those situations is to pray, scream, cry and express how angry and violated I feel — but the only thing I can do is eat.

Confession Number Eight:
I don’t know how to connect with people. Everything people say and do is filtered through this extreme sense of right and wrong and I end up either really loving somebody or really disliking them. There’s no middle ground. I don’t want to be like that. I just want to be able to be around people and listen to them and enjoy them, even though they’re not perfect — just like me.

Confession Number Nine:
Most of the time, I feel like a little girl playing dress up with Mommy’s heels and makeup. I don’t measure up to everybody else’ standards. I can’t compete. I have nothing to offer except the adorableness of my efforts in putting on the heels and makeup.

Confession Number Ten:
Really, everything in my life is about fear. And it should not be this way. Every decision is made based on fear. I don’t think I should take a trip because I might have an emergency later and I’ll have “wasted” the money I spent on the trip. I don’t talk to men because they might reject me. Or eat me. Or kidnap me. I don’t talk about certain aspects of my life with anybody because I’m afraid I’m going to have to justify it or they’re going to be angry because I did something they didn’t like.

So- there you have it. The confessions of a goody-two-shoes.

July 29, 2013
Quoting Quiverfull: Educating Your Kids or Using Fear Tactics to Support Your Family??
Next Post

July 29, 2013 Laughter is Good Medicine - Jupiter
Recent Comments
7 Comments | Leave a Comment
"I know, right?"
WMDKitty -- Survivor Does Jesus Really Need You to ..."
"I hope that TLC does film the show. It's about the only way I can ..."
Mel Is TLC Filming the Nurie Rodrigues ..."
"Never watched it; looked up a bit to try and figure out who the Plaths ..."
Mel Is TLC Filming the Nurie Rodrigues ..."
"Remember, too, that the Andersons have raised their kids to be extremely violent in their ..."
Mel More About the Steven Anderson Faithful ..."
Browse Our Archives
Follow Us!