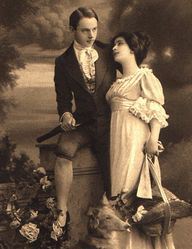 Covering two chapters today (good thing, too. There’s like thirty chapters or something). Both are dedicated to women fawning over their men, essentially. I actually almost used a picture of Bella and Edward because of the feelings I have toward these chapters.

Sorrynotosorry if you’re a Twilight fan.

Surprisingly, most of the advice Helen gives in “Appreciate Him” is not bad advice. I’m not overly fond of the gendered way she talks about these ideas (as if women don’t need appreciation, too) but, if you take some of the things she said as “what it means to be a nice person,” then it’s golden. She says women should focus on things like character (which included the attribute kindness, shocker), intelligence, and the little things he does for others.

However, Helen also does have a section labeled “When you Can’t Find Anything to Appreciate,” which she subtly blames on the woman. It’s not possible that a husband is deficient enough as a person to not be worth esteeming– to Helen, even abusers have something worth appreciating.

When you have unwavering faith in his better side, you inspire him to live up to your conception of his ability. You offer him hope that he has not appreciated himself at his true value . . . You can, in fact, transform a man from an apparently stupid, weak, lazy, cowardly, unrighteous man into a determined, energetic, true, and noble one.

This, in the middle of a section dedicated to women who have a hard time appreciating their husbands. Instead of acknowledging that there might be some nuance involved, or that there might be a reason why this is a reality for these women, she essentially blames it on them. This book unceasingly puts all of the burden for the entire marriage onto the woman in every single instance. It’s frustrating.

She also tells us to look for “virtues beneath his faults.” If a man is obnoxious, it’s not because he’s self-centered or anything, no, it’s because he’s not appreciated by his wife. That is what makes him a “difficult man to live with.” A moody man doesn’t have any possible underlying issues like depression, no, it’s because he has high expectations that are not being met by his wife. If he’s neglectful, he’s actually a genius, and you just need to stop worrying your pretty little head about it.

She starts off chapter five, “Admire Him,” with a definition, since she notes that appreciation and admiration are similar ideas. The difference, she says, is that “you appreciate a man for his true worth, and what he does for you, whereas you admire him for his manliness.”

There’s a common idea in Christian marriage advice books: women want love, men want respect. But here, Helen says respect simply isn’t good enough. You have to admire him, and what she describes… Боже мой. And you specifically have to admire him for his masculinity, his manliness, and if he doesn’t receive admiration for himself as “a man” (starting from infancy, she argues) he will never be completely whole.

I realize that this book was written a long, long time ago, but I am working with the updated edition. If you go to the goodreads reviews, one of them claims to be from Helen’s granddaughter, who says she’s asked her grandmother to “update her language” and Helen refused. If books like Pride’s The Way Home are any indication, people who believed that masculine and feminine stereotypes are essential, they only dug their trenches deeper– and continue to do so.

One of the most damaging problems I’ve seen as a result of this gigantic push back toward gender stereotypes is that is hurts both women and men. In the gender essentialist system, no one wins, because no one is really allowed to be herself or himself. Men are expected to adhere to a gigantic list of what it means to be manly, and they face retribution and mockery if they do anything that could “revoke his man card.”

I was sitting in a bakery with many of my friends on Friday, and one ordered a chai tea because he thinks it’s delicious. He spent some time overseas, serving in the military, and developed a liking for it. When he ordered it, however, nearly every single man at the table exploded in some kind of “good natured” condemnation. Because tea, a simple beverage choice, isn’t manly enough. They seemed to be largely joking– I know that they have a lot of respect for the man who ordered the chai. But they still used an opportunity to mock and belittle a personal choice based on stereotypes.

And Helen is doing the exact same thing here, only in one sense it’s worse– because she’s telling women that enforcing these stereotypes is absolutely necessary in order for their husbands to feel whole. But what if their husbands don’t fit into those stereotypes? What then?

Her failure in this regard puts him on dangerous ground. When a man’s important needs are not met he may be vulnerable to the attentions of another woman who begins to fill these needs . . .

What he wants you to admire . . . are his manly qualities. If you admire only those traits which are alike in both men and women, he will be disappointed. For example, if you admire him because he is kind and thoughtful . . . he may appreciate your praise but it will do little to stir his feelings for you. It is his masculinity he wants noticed and appreciated, his masculine body, skills, abilities, achievements and dreams.

I realize that this might have some small basis in reality– I mean, I see my guy friends get into *ahem* measuring contests nearly every single time I’m around them. If I make a comment about my husband’s amazing shoulders (always been a shoulders-and-arms girl. Swoon), he does perk up a bit– in much the same way I do if he appreciates any physical qualities of mine that he likes.

But, if I thought for one second that he was praising my ass because he thought I wanted my ass praised and not because he actually likes my ass, I’d be frustrated and possibly offended. And if I ever praised a physical quality of Handsome’s that I didn’t actually like, he’d be able to tell, and he’d be hurt.

It’s important to think about why we’re doing these things. Telling our partners we love the way they look: always awesome. If we actually love that about them. And every person is different. Telling women to praise their husbands physicality because of gender stereotypes is shallow and deceptive.

Also, she describes “dreams” and “goals” as being innately masculine. Tough luck, ladies. We don’t get to have dreams and “worthy goals” that we can be “dedicated to.” That’s just for our men.

And when you’re listening to him talk about the things he’s passionate about, remember:

don’t become so wound up in the subject that you form strong opinions which lead to arguments. Follow the conversation, of course, but follow the man. He may display special knowledge about the subject . . . if his attitude shows impatience . . . this may indicate that he has ideas on the subject, ideas that need to be appreciated.

Once again, it’s vitally important that you agree with everything your husband does or says, because anything less could cause an argument, and arguments will always end badly. Men and women are not capable of having an honest, tempered discussion about anything. You’ll just fight about it, so why bother?

“you can safely guess that if [your husband] deliberately talks over your head, he is doing so only to arouse your admiration. You need not be well educated or highly intelligent to follow a man’s discourse . . .

Whether you agree with him or not doesn’t matter. You sit there and admire, not his words, not his ideas, but his manliness.

I know I’m not a man, but as a human being, if my husband sat across the dinner table from me and disagreed with me and never said so, I’d be insulted. Because I would feel that he was doing the exact opposite of respecting me, because he would be refusing to truly engage with me on something I truly valued. I want to be challenged, I want to grow, I want to understand more than just what is inside my own head. I married Handsome because I want his thoughts, his perspective, his opinion, his arguments.

This relates to a conversation I had this weekend. Two friends of mine got into some banter about the girlfriend, once again, being right about something. Another man in the car piped up and said “don’t you know you’re in a relationship with a woman, and the woman is always right?”

Later, in a conversation with said woman, she felt that this comment represented one of the areas that women have power in our culture, that it’s a stereotype that “helps” us. I disagreed, because of what this comment represents: a woman’s argument isn’t valid because it’s based on facts, reasoning, logic, or experience. In fact, it’s probably wrong, but, because she’s a woman, it’s not worth disagreeing about, so you just let the silly, emotional woman “be right.” So you can get laid or something, because that’s the world we operate in, apparently.

That is exactly what Helen has been doing this entire chapter. It doesn’t matter if you disagree with him, if you think he’s wrong, it only matters that he thinks you admire him for things you may not even actually admire him for.

July 19, 2013 Quoting Quiverfull: Reasons For Young Marriage?
Recent Comments
2 Comments | Leave a Comment
Browse Our Archives
get the latest from
Nonreligious
Sign up for our newsletter
POPULAR AT PATHEOS Nonreligious
1 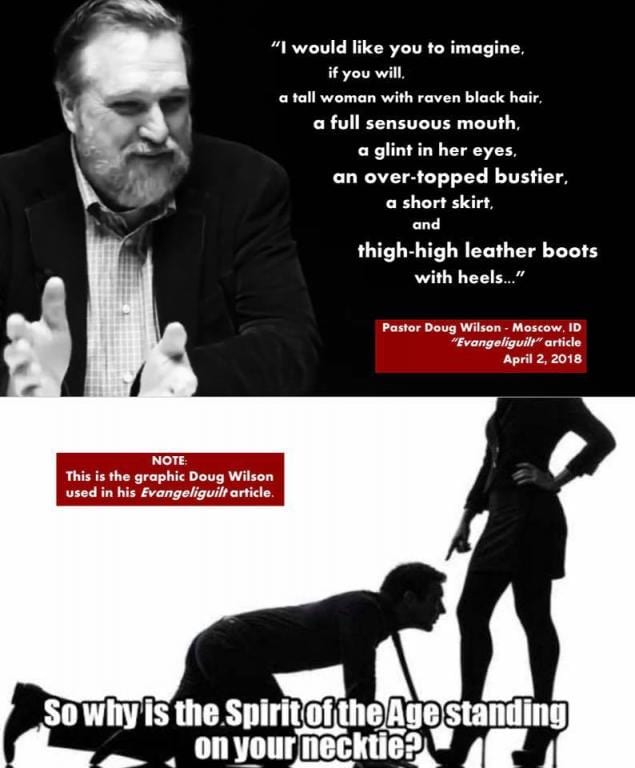 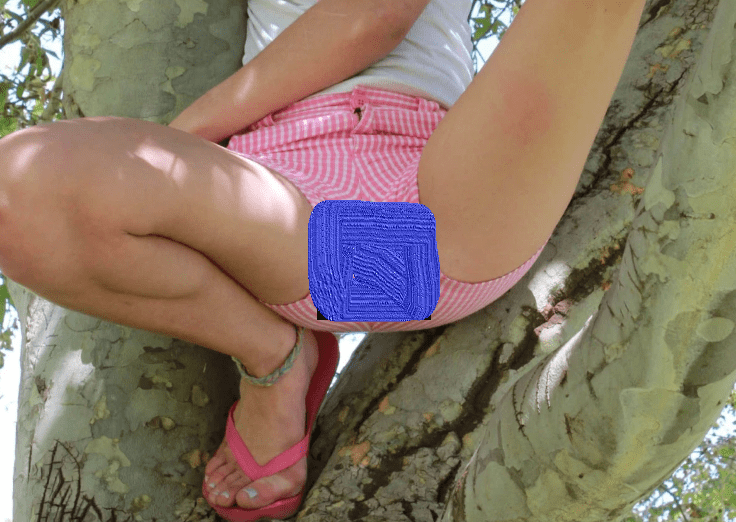 Nonreligious
Women are the Moral 'Week' Link?
No Longer Quivering