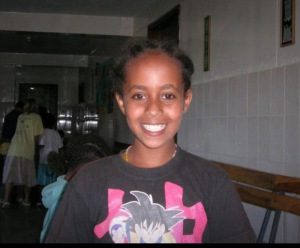 Currently the case is ongoing, with troubling testimony and expert witnesses likening the methods of punishment used to torture. The trial is still in the prosecution stage after a month but they are coming to the end of their witnesses. The defense will be next up. Curious as to what the Williams will claim in regards to why they withheld basic care from their adoptive child. It’s really quite indefensible.

Best place to follow what’s going on in detail is Light Of Day Stories blog by Maureen Evans. Maureen is blogging the trial. Maureen is attending the trial. She is heavily involved in international adoption and all things adoption.

We’ll be updating this page every day and stickying it to the top till the trial is over. It was expected to run anywhere from four to six weeks, but who knows how long it will take. Voir Dire was supposed to take two days and it’s now in day four. We will keep an eye on this story.

Day by day breakdown of the trial

July 30 Day 7 – Autopsy findings, testimony from the adoption agency and translation of the adoption paper by a multilingual  instructional assistant from the Seattle school system.

July 31 Day 8 The therapist for Hana’s adopted deaf brother Immanuel, Julia Peterson, was on the stand testifying all day.

August 1 Day 9 Adopted brother Immanuel testified again. Several ladies that knew Carri Williams testified to her treatment of Hana and the last witness of the day was an expert in torture.

August 2 Day 10 Torture expert John Hutson continues his testimony followed by more acquaintances of Carri Williams and Detective Dan Luvera who testifies on the physical evidence from the crime scene. He was one of the original investigators on the case.

August 5 Day 12 Continued testimony by the daughters. Immanuel recalled to the stand. the Williams brothers get immunity in exchange for their testimony and are expected to take the stand.

August 7 Day 14 Two of the Williamses natural sons testify to the ways Hana and Immanuel were treated differently than the natural children.

August 8 Day 15 Adopted brother Immanuel was on the witness stand for the fourth time. He testified that Carri Williams and her children were laughing as Hana during her staggering around shortly before she died. Also the family doctor testified he say no signs that anything was wrong.

August 13 Day 17 Adopted brother Immanuel testified for the fifth time, this time to a hostile and badgering defense attorney. Also testifying was a volunteer from the orphanage Hana came from. Cousin who testified on Friday is currently missing.

August 14 Day 18 One juror is dismissed for sleeping during the trial. Torture/trauma doctor, Dr Katherine Porterfield is called to testify but the jury is made to leave the courtroom after one hour.

August 15 Day 19 The Williams brothers testified to their parents treatment of Hana, including the fact that the children were told not to tell anyone about the beatings.

August 16 Day 20 Williams 16 year old son testifies to treatment of Hana and his mother telling the children what to say to law enforcement. First mention of Michael Pearl’s abusive child training manual “To Train Up A Child” in the courtroom. One of Emmanuel’s therapists testifies.

August 19 Day 21 Emmanuel is testifying again. 16 year old Williams son back on stand testifying to the inconsistency in his initial statement to law enforcement and his testimony in the court room. CPS Investigator testifies along with a school district employee, funeral home director, Skagit county deputy and another CPS employee.

August 20 Day 22 Foster mom of three of the Williams children testifies as well as sheriff’s deputy.

August 22 Day 23 or 24 depending on which site you look at. Witnesses were called to determine what exactly Hana’s actual age was.  This is important because it could affect the charges against the Williams. Emmanuel’s scars were discussed in testimony as well.

Tadias Magazine –Hana’s Adoptive Brother Has PTSD Because of Abuse

KIRO News – Jurors see before and after photos of starved girl

July 25, 2013 "But That's What The Bible Says"
Recent Comments
0 | Leave a Comment
"This is late, partly bc of my preoccupation and partly bc I'd been slowly reading ..."
Jennifer Serena’s Serenity – Luxury Hotel, Birthing ..."
"Thank you for your commitment to truth and love, Suzanne. Best wishes to you and ..."
Meredith Anne Not a Goodbye, More of a ..."
"For what it's worth, I've learned a lot from you about a Very Creepy movement ..."
Gwen Pryce Not a Goodbye, More of a ..."
"Unfortunately, this kind of satire (if it even is satire) is what gives Christianity the ..."
Emily Is Biblical Gender Roles a Big ..."
Browse Our Archives
get the latest from
Nonreligious
Sign up for our newsletter
POPULAR AT PATHEOS Nonreligious
1