How to Raise a Hypocrite 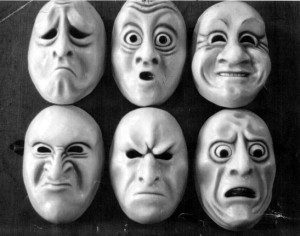 The Strong’s definition for ‘hypocrite’ in the New Testament is: “An actor under an assumed character, a stage player.” Websters New Collegiate Dictionary defines it: “A person who pretends to be what he or she is not; one who pretends to be better than is really so, or to be pious, virtuous etc. without really being so.”

“A form of disguise. It is an object that is frequently worn over or in front of the face to hide the identity of a person and by its own features to establish another being. This essential characteristic of hiding and revealing personalities or moods is common to all masks. As cultural objects they have been used throughout the world in all periods since the Stone Age and have been as varied in appearance as in their use and symbolism.”

We all hide behind our own custom-designed masks to cover self-perceived character deficiencies or personality peculiarities. Why? Because ultimately we fear, “If you really knew me, you wouldn’t like me”. And the sad fact is—there are some things ‘not to like’ in all of us. So we ‘mask’ those perceived oddities in a number of ways.

Here is a comprehensive list of these ‘masks’ from a blog entitled, “On The World According to Xenocrates”:

Obnoxious behavior, looks, piety, drama, cynicism, perfectionism, imitation, bragging, intelligence and success are all convincing masks.  I would also add, pathological lying, humor as well as the chameleon who changes opinions, beliefs and even personality to suit the audience.


There are as many masks as there are flaws. This form of hypocrisy is really more of a defense mechanism—a way to avoid rejection which is a very nasty reality. Who wouldn’t want to do or be whatever they had to be to avoid rejection?

A perceptive child reared in a performance-based, shame-based church and/or family is a different breed of hypocrite altogether. He learns very early on how to put on the right performance. He has to if he wants to enjoy any control over his own life. He has to if he doesn’t want to suffer the mentally and emotionally debilitating condemnation and potential rejection from those he loves most in the world and those who are supposed to love him.

In an article for Psychology Today, Ugo Uche, a licensed Professional Counselor who specializes in adolescent and young adults, wrote,

“Hypocrisy isn’t caused by wrong information being taught to youth, but instead the concept of condemnation being used as a tactic by parents and elders as a method to enforce compliance. There are plenty of times that our parents and elders teach us beliefs that turn out to be wrong or not entirely true, and inevitably as youth start to come of age they will make the decision to change, modify or maintain the belief. It is only when the choice to change a belief brings about a fear of being condemned by one’s social group that hypocrisy becomes a likelihood.”

Hypocrisy literally becomes a matter of self-preservation for the young person who belongs to a hyper-controlling church and family.

From his blog entitled, “The Hard Core Truth”  Lonnie Lee Best describes variations of two types of hypocrites: honest and dishonest. Consider these thoughts about the ‘honest’ hypocrite:

“What causes one to be an honest hypocrite?  So far, I have narrowed it down to three general factors:

Uncertainty of Beliefs: If you are not 100% certain in what you believe, then your actions are not likely to be consistent with your beliefs 100% of the time.   A conservative interpreter of reality is seldom 100% certain about anything. This uncertainty can cause one to be hypocritical at times.

Carnal Desires: These are inherent human desires that often cause one to act on what the flesh desires, rather than what one believes to be the right action.

The difficulty level of the belief system: If one’s belief standards of right and wrong are higher than what is humanly possible, then their actions are obviously not going to be consistent with their beliefs.”

For any young person, “Uncertainty of Beliefs” certainly applies. Most adults are not even 100% certain of their beliefs, much less a young person, and much less the young person being brought up under a belief system that as he discovers upon growing older, is quite peculiar compared to the culture.

Of course we all have “Carnal Desires.” Adults have given in to them as often if not more than young people, but the young people are subject to the adults and have to live with consequences put on them by those adults rather than just by the consequences themselves.

But the “Difficulty level“ of the belief system” is the concept that most applies to the child of the Baptist Taliban. Until a child grows older, he naturally believes in the standards that his parents uphold, but as he grows older and more capable of discernment, he establishes his own standards and may not embrace all those of his parents.

Some of those standards seem arbitrary to him, and he may well be right. Christian parents tend to associate rules and control with love and Godly parenting, expecting him to continue upholding and embracing them. In a sense, he has to be a hypocrite if he doesn’t want to suffer their anger or disappointment.

One distinct advantage we had of belonging to the same church for nineteen years is it afforded us the vantage point to observe the effects of all those changes on all involved, but especially the young people. What appeared to be ‘good’ results, were more than likely just ‘masks’ to hide what was really going on inside.

We partnered with our brother and sister-in-law in starting the Baptist Taliban church in 1981. Both of our families had two children each—a toddler and an infant, so we literally started this church at the same time we were beginning our families.

But the church wasn’t “Taliban” from the beginning.

That was a progression of both gradual and abrupt changes. In retrospect, I can clearly see the subtle signals that pointed to specific problems down the road, but at the time we only wanted to see good. We really didn’t know any better, we were only 25 years old and who really knows anything much at 25 anyway?

By the time our oldest kids were approaching their teens, we as leaders of the church were progressing steadily down the regulatory road. We surrounded ourselves with influences who taught us that the practices we needed to incorporate in our lives for the rearing of righteous families ~ “Godly seed” ~  was to build high walls, retreat inward, reduce indulgences, be content with simplicity (not quite Amish, but close) and force-feed Baptist doctrine. After all, doesn’t it make sense that the less you participate in the things of this world and the more Bible you apply the closer you’ll be to God?

But there was one very important fact that we were completely ignorant of until it was probably too late. That being…

In fact, it more than likely accomplishes exactly the opposite…. hypocrisy.

When a child grows up under threat of severe punishment, shame, isolation, disappointing their parents, embarrassment and even complete rejection and banishment, they must find some way to deal should they fail. And fail, they will. How can anyone be healthy and whole under that kind of pressure?

My kids tried to explain to us that we didn’t understand because we didn’t grow up that way. We were not home schooled. We were not forced to attend a church with such rigid expectations. We were not expected to live at home until we were married ~ severely limiting our possibilities. We were not told that to leave home to go to college of any kind, to live out on our own or to attend another church (even of like doctrinal beliefs) would mean that we would be disfellowshiped from our friends and families by the dedicated resolve of our parents and the persistent coaxing of The Preacher.

To us, obedience meant ‘right’ hearts.

Then one day, one of my kids decided that she was tired of ‘being good all the time’. She said, “Mom, I don’t even like who I’m becoming”. Totally surprised and bewildered I wondered, “How could she not like who she was becoming when she seemed to be doing so well?” What did that mean? It just didn’t make any sense….. but it sure got my attention. Not enough to make us want to change anything, at least not yet, but it did get my attention.

Those words have haunted me ever since.

As the child of the Baptist Taliban grows, he comes to know that he’ll never make his parents understand. He may not even be conscious of this for some time, but it is a ‘knowing’ that stays. So when he gives in to temptations and ‘messes up’–he hides, he denies, or the more honest thing he does—he rebels.

A ‘rebel’, of course, is marked. He pays a price for his honest rebellion. He would rather pay the price and be honest, than to hide and be a hypocrite.

But the hypocrite?  He has learned very well by now how to hide—even from himself. He gets to be so good at it that no one is able to detect it. He is praised for his good behavior (or what appears as good behavior since he’s careful not to get caught) and his exemplary attitude. He knows all the right things to say. He wears all the righteous garb (at least while the ‘right’ people are around).  He sings enthusiastically.  He smiles. He praises his leaders and obeys all commands. The grownups are easily fooled by his mask. They see what they want to see, and they really don’t care to question if it’s a mask.

So, what becomes of this blossoming hypocrite?

Well, if he doesn’t realize what is happening to him and if he doesn’t acknowledge what he is becoming; if he doesn’t have the desire nor the sincerity to embrace who he really is enough to forge the journey back to honesty….. 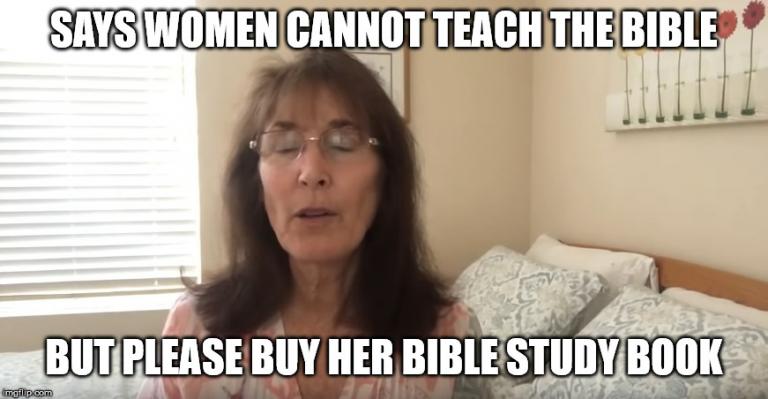