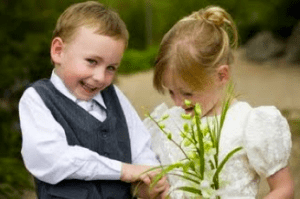 The main subject of the site is the same as it is in most of Von’s postings at Persevero News – marriage very close after puberty is Godly and necessary. Young, young marriage in direct opposition to many in the fundagelical movement such as the Botkins, Vision Forum and the whole courtship True Love Waits movement. Slam, bam, wham, puberty-marriage-and the babies start a-coming. Quiverfull on hard core amphetamines!

Some folks believe early marriage is a violation of civil rights. I’ve written about my own personal struggles with having married a short 12 days after my Sweet Sixteenth birthday. I would not wish that experience on anyone! The money struggles, trying to figure out how to do everyday things, the just not having a clue! A miserable time was had by all. (Plus I think I owe my ex a big apology by the horrible cooking I inflicted on him. Man does not live by frozen pot pies alone)

One thing about his plan, it would stop the syndrome in the church of old maids like Anna Sophia and Elizabeth Botkin. But the costs of early marriage are too high emotionally for it to ever be practical. In the old days when your life expectancy was perhaps 30 or 35 and you needed 20 children to help with all the work on your large agricultural enterprise early marriage would make sense. But not now, how can anyone actually be expected to support a bride with almost no education, no savings, no anything?

The best example on his site of the complete and total disconnect of his posit with the reality of our world and society in general is Little Miss Perfect. This the same type of disconnect Fundamental Christianity has with present-day reality. The Perfect family in his posting sounds almost like the Botkins.

July 11, 2013 Fascinating Womanhood Review: Understanding and Accepting Men
Recent Comments
60 Comments | Leave a Comment
Browse Our Archives
get the latest from
Nonreligious
Sign up for our newsletter
POPULAR AT PATHEOS Nonreligious
1