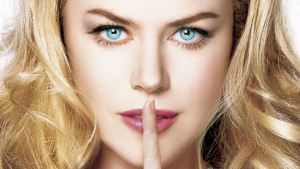 When I first started this series, I mentioned how Helen had the unpleasant habit of appearing to be quite supportive. In many places, she tells women that they need to be bold, strong– she even uses the word assertive at times. However, I also mentioned how whenever she says something that seems forward thinking, she always undoes it in the surrounding texts. In this way, she’s a bit like Lucy and the football. She tells you that it is perfectly alright to expect your husband to listen to you, or to not be abused, but then she does complete about-face in everything else she says.

The problem with this is that it makes her book, and what she’s saying, even more pernicious. She’s catering to “modern sensibilities,” the expectation that women have these days to, oh, I dunno, be a person. It’s lip service, and that’s really all it is. Because, running underneath and surrounding all of her sentiments of “strength” and “don’t be a door mat” is the philosophy that women are doormats.

The section I’m covering today is still from chapter eight, “The Leader,” and this part is titled “How to Be the Perfect Follower.” And yes, I gagged a little. She lays out what she has started calling “laws” or “rules”: honor his position as the head, let go of your need to control, be adaptable, be obedient, and always be united in front of the kids. To those of us who grew up in heavy-handed complementarian environments, of if you’ve read Created to be His Help Meet, none of this is especially new. It’s frustrating, but old stuff to us by now. What especially jumped out to me about this section is that it sounds eerily similar to what I’ve read in child-raising manuals like No Greater Joy:

The quality of obedience counts. If you obey, but at the same time drag your feet and complain, it won’t get you far. But if you obey willingly, with a spirit of sweet submission, God will bless you and your household and bring a spirit of harmony into your home.

This might sound familiar, because I’ve written about it before. What Helen is writing about here sounds a lot like the “instant obedience doctrine” I grew up with– only for wives and their husbands, instead of children and their parents. I wasn’t joking when I said that Helen infantalizes women.

But, one of the biggest problems in this section comes after the rule “Have a Girlish Trust in Him.”

Don’t be concerned about the outcome of things . . . Allow for his mistakes, and trust his motives and judgment . . . Sometimes your husband’s decisions may defy logic. His plans may not make sense, nor his judgments appear the least bit sound . . . Don’t expect every inspired [which Helen defines as “appears to defy reason, but is prompted by God”] decision your husband makes will be pleasant, or turn out the way you think it should. [sic]  We must all be tried by the refiner’s fire…

There may be frightening times when you would like to trust your husband, but you cannot. You detect vanity, pride, and selfishness at the bottom of his decisions and see he is headed for disaster. If he won’t listen to you, how can you avert it? The answer is this: if you can’t trust your husband, you can always trust God. He has placed him at the head and commanded you to obey him . . . if you obey the counsel of your husband, things will turn out right in surprising ways.

And under “Support his Plans and Decisions”:

Sometimes your husband needs not only your submission, but your support. He may face a decision he doesn’t want to take full responsibility for. He may want you to stand with him. In this case you will have to take a look at this plans to see if you can support them. If you can, give him the encouragement he needs. If you can’t, assert yourself . . . he may be grateful to you for expressing your point of view. If he insists on having things his way, you must still support him, even when you don’t agree. You can support, not his plans, but his authority and right to decide.

So, here’s a summary:

The next section, “The Feminine Counselor” has some really solid, common-sense advice. She tells women to ask leading questions, which, as a teacher, I’ve used for great effect. Leading questions can be extremely helpful in getting people to explain their thought process, and understanding your husband’s thought process: good. Figuring out not only what a person thinks but also why they think it… just seems like a good idea. After this step, she says we should listen. Which, listening = awesome, in my book. We could always do with a little more listening, pretty much always.

And then… we run into problems. In step three, she tells us to “express insight,” or, to use words like “I sense,” or, “I feel.” And, to a certain extent, I can agree with this. How someone feels about an idea is important, and, I try to live by the principle that how someone feels is always valid and justified. However, she tells us to phrase it this way because using “I think” means “he can put up a good argument to what you think.”

To Helen, having any kind of discussion whatsoever, no matter what it is you’re talking about, is always bad and must always be avoided at all costs. Small things, like whether or not you’re talking the dog on a picnic? Not up for debate. Big things, like career moves and where you’re going to live? Don’t even think about it. No, really:

Don’t have ideas about what you want out of life, such as where you’d like to live, the kind of house you want. . . this may clash with your husband’s plans, plans he must carry out to succeed in his masculine role.

What does a successful, happy marriage mean to Helen? Well, there’s a reason why I chose the cover for Stepford Wives for today’s post. She goes on, though, and it just gets so much worse. She orders women not to “appear to know more than he does,” and, later on in the book, we’ll see how she really does think women need to play stupid. We’re not supposed to talk “man-to-man,” which means “don’t put yourself on an equal plane with him,” and “keep him in the dominant position to help him feel adequate as a leader.”

Which– seriously? What kind of man needs this sort of behavior to feel “adequate”?

Oh, but it gets better:

If you are giving advice to a man on a matter in which he is filled with fear, don’t make the mistake of acting braver than he is . . . If you courageously say “you have nothing to be afraid of,” you show more many courage than he does. Instead say, “It sounds like a good idea, but it seems so challenging! Are you sure you want to do this?” Such meekness awakens manly courage . . . Whenever a man detects fearfulness in a woman, it naturally awakens masculine courage.

Excuse me while I go beat my head into a wall.

I can imagine that these sorts of interactions take place between husbands and wives. I’m not privy to the inner dialog of every single marriage, and if your conversations with your spouse goes something like any of these examples, I don’t think that’s inherently bad. I don’t think complementarian marriages are always awful. When that is what works for you both, that’s what works, and I wish you all happiness.

However, Helen is arguing that this is how all marriages should be, and if your marriage is not like what she says it should be– “you may think you are happy, when in reality you are not. Your marriage may seem happy, but you fail to see that there is more” (pg 1). Asserting that all marriages must function this way can only lead to disaster, heartbreak, and pain.

August 15, 2013 Quoting Quiverfull: Three Decades of Fertility?
Recent Comments
2 Comments | Leave a Comment
Browse Our Archives
get the latest from
Nonreligious
Sign up for our newsletter
POPULAR AT PATHEOS Nonreligious
1