Fascinating Womanhood Review: The Rights of the Leader 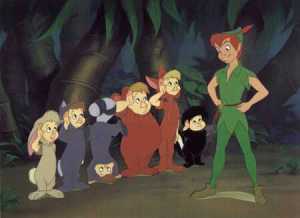 Helen really takes the cake in this chapter. Which, if you notice, she pulled a bit of a bait-and-switch on us. In the last chapter, she described one of the masculine roles as the “guide,” but if you notice above, this chapter is called “The Leader.” Which, honestly, I wasn’t too thrilled with “guide,” either, but it’s certainly a sight better than Leader. This chapter is quite long, so I’m going to break it down into at least two posts, maybe as many as three. But, let’s get started.

She opens her argument with several reasons why men are supposed to the leaders, and she starts off with this one:

The first commandment given to mankind was given to the woman: “Thy desire shall be unto thy husband, and he shall rule over thee.” Evidently our Creator felt it so vitally important that the woman understand this, that He directed the instruction to her.

I’ve already mentioned (twice, now) that it is incredibly bad hermeneutics– almost obviously bad– to make the case that women are required to be subservient to their husbands based purely on the Curse. But, there’s another problem here, because Helen . . .  is lying. It would be generous to admit to some sort of genuine confusion or forgetfulness on her part, but that seems unlikely. Because the first command delivered to mankind? The very first one? It’s in chapter one, not three. And, interestingly enough, the command is given to both the man and the woman equally. There’s nothing in this command that separates the sexes: they are given the exact same responsibility.

Be fruitful and multiply and fill the earth and subdue it, and have dominion over the fish of the sea and over the birds of the heavens and over every living thing that moves on the earth.

After this, she moves into the Ephesians passage. This is one of the Great Complementarian Clobber Verses. My experiences with the uses of this passage have been from those who take a straightforward approach to it– taking it at face value, and usually, quite literally. While I’m sure there are complementarians out there who have done sound research into the historical and cultural background to these verses, I’ve never been exposed to that research when being taught about “husband as the head of the home” (and, as always, if you’ve seen this, please point me in their direction or leave a comment explaining). I think that’s curious, especially since historical and cultural context reveals some interesting things that undermine the traditional complementarian argument.

After Bible-bashing us, she turns to “logic.” She says that since the family is a group of people, and groups of people always need leaders to “maintain order,” that the father should be the leader– and that it is illogical for a woman to lead, because, and this is hysterical, woman are “vacillating“ and indecisive. Women are just not capable of making decisions, and if we interfere with the decision-making process, the only thing that can result is “hours of deliberation,” and, ain’t nobody got time for that. Also, men make the money, and whoever makes the money should be in control.

That is probably why Mary Kassian wrote this pearl-clutching piece in response to the Pew Research survey that revealed that women are becoming the primary breadwinners in many homes. Oh, noes! If women earn more money, we’re going to become “resentful” and “critical,” and even worse, if a woman makes more money– she is going to become dominant and take over The Sex!

No, really. She said that.

Next, we move into the section Helen titles “Rights of the Leader.” Here, she gives us two primary rights: “To Determine Family Rules” and “To Make Decisions.” She’s deliberately clear about what this entails:

From what I remember of Debi’s Created to be His Help Meet, she danced around this idea the entire book without explicitly saying this (feel free to correct me if I’m wrong). She said everything but this, although this is really the idea it seems Debi was actually going for. Helen is a little bit bolder. She just comes right out and says it.

The family is a theocracy.

Just a quick note, in case we’re confused: no man, no father, no husband, is God. Debi got close to conflating husband and God as she wrote, mostly because she emphasizes the need for the wife to submit to her husband in obedience to God– women are to obey God indirectly, through submission to their husbands. This results in Debi occasionally implying that, for a wife, her husband represents God to her.

That’s not what Helen argues, though. Her husband is God.

This is one of those times where her LDS background is showing through, although I’m not familiar enough with LDS theology to really analyze it. Also, while I can understand how her theology is affecting her writing, it is problematic here because this book was, and is, not primarily read by Mormon women, but by Protestant women, and this conflation of God and husband is not a claim that Helen ever backs away from.

She also takes the “Right to Make Decisions” to an extreme that boggled me:

Should Jane take her umbrella and walk to school in the rain, or should her father take her? When the father makes the decision, matters are settled at once. And whether Jane gets her feet wet or not is as important as order in the household . . .

Some of these decisions are minor, such as whether to take the dog on a picnic or leave him home. But even though such a decision is small, it must be made, and often quickly. When the husband the wife don’t agree, someone must decide. The final say belongs to the father . . .

Sometimes a man may seek his wife’s support but is reluctant to explain his reasons. He may think she lacks the knowledge to understand. Or, he may be unable to justify his plans or explain his reasons . . . if this is the case, don’t probe too deeply.

Should Jane walk to school in the rain?

Should we take the dog on the picnic?

These are the kinds of decisions that the father must make in order to avoid “hours of deliberation” because of us vacillating, indecisive women? Really? I grew up watching my parents in a complementarian marriage, as well as observing many other complementarian marriages, and this portrayal is unfair, even to complementarian theology. I don’t even know what to do with this. It all seems to imply that women really aren’t capable of making any kind of decision whatsoever, no matter how ridiculously small. I’ve never met any woman that was this pathetic.

However, the last example is the most troublesome for me, and it is deeply personal.

John*, my ex-fiancé and rapist, and I were planning our wedding for December, exactly a week after I graduated. He would not be finished with college yet (interestingly enough, because he was indecisive and couldn’t settle on either a college to attend or a major to study for years). Because of that, we were planning for me to be the primary breadwinner while he finished his degree, which would be paid for by the work-assistance program he was in.

However, in August, he announced that he was quitting the work-assistance program because working through college was just too stressful. This was a problem, because when a student quit the work assistance program during a semester (which was his intention), he or she becomes completely ineligible to enroll in the program again. In short, if he quit, not only would I be paying for daily life, but his education as well (our school did not qualify for student aid, any kind of student loan, and he had no scholarships).

This resulted in the worst fight we ever had, because I had the audacity to insist that this was a very bad idea– unfeasible and impossible, really, given our circumstances. He broke our engagement a few weeks later, citing, hilariously, that I “was not submissive enough.”

However, if I had followed Helen’s teaching, I would have nodded my head like a “perfect follower” (pg 122), and gone along with all of his ideas and plans, even though he had no justification for them and they would have ended in financial disaster. This is not some hypothetical situation that women rarely ever face, as well. It happens all of the time.

Just because men are men does not make them inherently more qualified to make all decisions in isolation. It is not good for man to be alone, and I’m pretty sure God wasn’t just talking about sex.

August 7, 2013 Quoting Quiverfull: Small Christian Families Are the Enemy?
Recent Comments
3 Comments | Leave a Comment
"This is late, partly bc of my preoccupation and partly bc I'd been slowly reading ..."
Jennifer Serena’s Serenity – Luxury Hotel, Birthing ..."
"Thank you for your commitment to truth and love, Suzanne. Best wishes to you and ..."
Meredith Anne Not a Goodbye, More of a ..."
"For what it's worth, I've learned a lot from you about a Very Creepy movement ..."
Gwen Pryce Not a Goodbye, More of a ..."
"Unfortunately, this kind of satire (if it even is satire) is what gives Christianity the ..."
Emily Is Biblical Gender Roles a Big ..."
Browse Our Archives
get the latest from
Nonreligious
Sign up for our newsletter
POPULAR AT PATHEOS Nonreligious
1