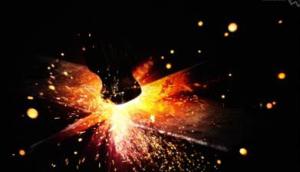 Growing up, I received some very specific messages about relationships and friendships. For many Christians, evangelicals in particular, who you choose for your friends is one of the most important decisions you’ll make in life. Aside from the idea that men and women are not allowed to be friends (which is so large a concept it’s almost a completely separate issue), we’re given a set of guidelines for how we initiate and structure all of our friendships.

One of the very first principles that we’re given is that while it’s ok to be friends with people who are “in the world,” or “non-Christians,” we’re not supposed to form deep attachments to them. This idea springs from verses like “A righteous man is cautious in friendship, but the way of the wicked leads them astray” (Pro. 12:26). The “wicked,” here, is not referring to truly wicked people, actually. “Wicked” people, in Christian parlance, are the unsaved, the non-elect. It’s not possible for us to form deep bonds with unregenerate people, and, if we do, the only thing that can happen is for the “wicked” to drag us down.

We’re given many metaphors to explain this idea– a rotten apple ruins the whole bunch, you can’t put clean water in muddy water to make the muddy water clean . . .

What this does, however, is set up a false dichotomy for us: Christians are completely unlike “non-Christians,” so much so that just associating with “them” can cause our downfall. We’re better than they are. Oh, I’m positive hardly anyone would actually say that, but, sadly, it’s what they mean. We’re more moral, more upstanding, have higher standards, better goals, and throwing a “non-Christian” into our attempts to be “holy” can only cause us problems.

This leaves us with only one purpose for interacting with “non-Christians”: evangelization. Sometimes we’re encouraged to be quite overt about this, but, most of the time, we’re just told to have a “shining testimony” in front of our non-Christian friends. And that . . . leads to problems, in my experience. Because then you wind up with self-righteous teenagers who think that adhering to the party line is what a “testimony” is. Defend your faith! we’re ordered, but, most of the time, all that looks like is defending our parent’s politics.

After we make sure we’re not fraternizing with the enemy too much– just enough to make sure they see our testimony– what are we supposed to do with our friends who are Christians?

The basic, guiding, principle behind most Christian friendships is the concept of “iron sharpeneth iron.” That’s our purpose in friendship. Sometimes this is described as “edification.” We’re supposed to do all we can to help our brothers and sisters in Christ become better Christians. We’re to help each other stay on the straight and narrow, and, if we see someone straying from the path of righteousness? Well, “Open rebuke is better than secret love. Faithful are the wounds of a friend” (Pro. 27:5-6) or “Two are better than one . . . For if they fall, the one will lift up his fellow” (Ecc. 4:9).

But, what I’ve experienced, and what I heard from many of you yesterday, is what this mentality frequently leads to is all of us watching each other like hawks. We start wondering who’s going to slip up next? We start looking for things like “besetting sins” in each other. We offer ourselves as “accountability partners.” In the end, we do everything within our power to maintain the system.

A reader, David, wrote a comment yesterday that I thought made an excellent point:

Part of the issue is that within Christian circles there always seems to be an ulterior motive, not just in terms of friendships but in general. You’re not a friend for the sake of being a friend but because Jesus wants it. You’re not feeding the poor because they need feeding but because it gets you Jesus points. You’re hugging that person because it’s what one does not because you want to hug them. The subversion of social motivations is insidious and so damaging.

And, I have to say, I agree with him. There’s a level of superficiality in most Christian relationships that I think is baffling. Which, I’m not saying that only Christians have superficial relationships, that’s not true at all, but it’s surprising to me that a group of people who are told “they shall know you by how you love one another,” aren’t known for that at all. We’re supposed to be striving for deeper, more meaningful relationships. Friendships where the overwhelming characterestic is love.

I haven’t gotten a whole lot of love from most of my Christian friends.

For many Christians, however, the two are conflated. Condemnation is love. Accusations are loving.

I’ve had this idea explained to me, on more than on occasion, as “The Poisonous Cookie.” Your friend sees a plate full of cookies, and they look absolutely delectable– all warm and soft and melted chocolate. They decide that they want one, but at the last second before the take the first bite, you snatch it out of their hand. Initially, they’re extremely frustrated with you. “Why would you do something like that?!” But then you explain: you saw the butler put poison on the cookies. If they’d eaten the cookie, they would have died. And, voila, suddenly they’re eternally grateful.

Because, as a Christian, you wouldn’t let someone you cared about do something you know is bad for them, right? The best thing for them is to have a “good relationship with Jesus,” and you have to keep them away from the poison cookies– which could be “sin,” but is frequently “anything that doesn’t conform to our rigid standards for Christian behavior which may or may not have “biblical” backing.”

We’re not really taught what it means to be someone’s friend. We are given messages about love and understanding and “beams and motes” and don’t be judgmental, but it all gets overridden in the flood of be as judgmental as possible.

August 23, 2013
Quoting Quiverfull: Benefits of Having Older Children?
Next Post