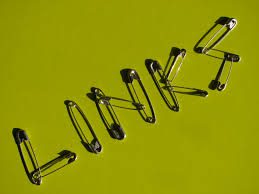 Talking about the other half of the Miley Cyrus VMA performance, Robin Thicke and his rape culture performance and song – http://ericclapp.org/2013/08/28/how-to-talk-with-your-sons-about-robin-thicke/

Sex is only about reproduction and churning out lots of good lil’ Christian cultural warriors you say? – http://www.liberalamerica.org/2013/08/31/tea-party-leader-says-sex-is-not-about-fun/

TED Talks: Jackson Katz on how violence against women is a male issue too – https://www.youtube.com/watch?feature=player_embedded&v=ElJxUVJ8blw

From NPR How prayer may reshape your brain – http://www.npr.org/templates/story/story.php?storyId=104310443

An ongoing review of Michael Pearl’s book “To Train Up a Child” at Love Joy Feminism – http://www.patheos.com/blogs/lovejoyfeminism/2013/09/ttuac-training-not-discipline-and-pavlovs-dog.html

By Robert Reich at Alternet on how the plan to bomb Syria is a distraction from moral choices here in the country where much work still needs to be done – http://www.alternet.org/world/syria-distraction-our-moral-choices-home?src=newsletter890528

Lauren Drain talks about her book “BANISHED: Surviving My Years With the Westboro Baptist Church” and why Fred Phelps might just be homosexual – http://samuel-warde.com/2013/03/westboro-baptist-church-founder-fred-phelps-may-be-gay-video/

Kevin Swanson of Generations Radio has been spewing his hatred and ignorance about gay marriage again – http://www.lgbtqnation.com/2013/09/pastor-kevin-swanson-tell-gay-couples-to-die-on-their-wedding-day/

Since this was printed in a UK newspaper I cannot say it hasn’t been sensationalized , regardless it is a good reminder of what can happen when missionaries blunder into a different culture and attempt to ‘save’ heathens – http://www.dailyrecord.co.uk/news/scottish-news/parents-outrage-extremist-religious-cult-2254926

September 8, 2013 Quoting Quiverfull: The Groom's View
Recent Comments
0 | Leave a Comment
Browse Our Archives
get the latest from
Nonreligious
Sign up for our newsletter
POPULAR AT PATHEOS Nonreligious
1